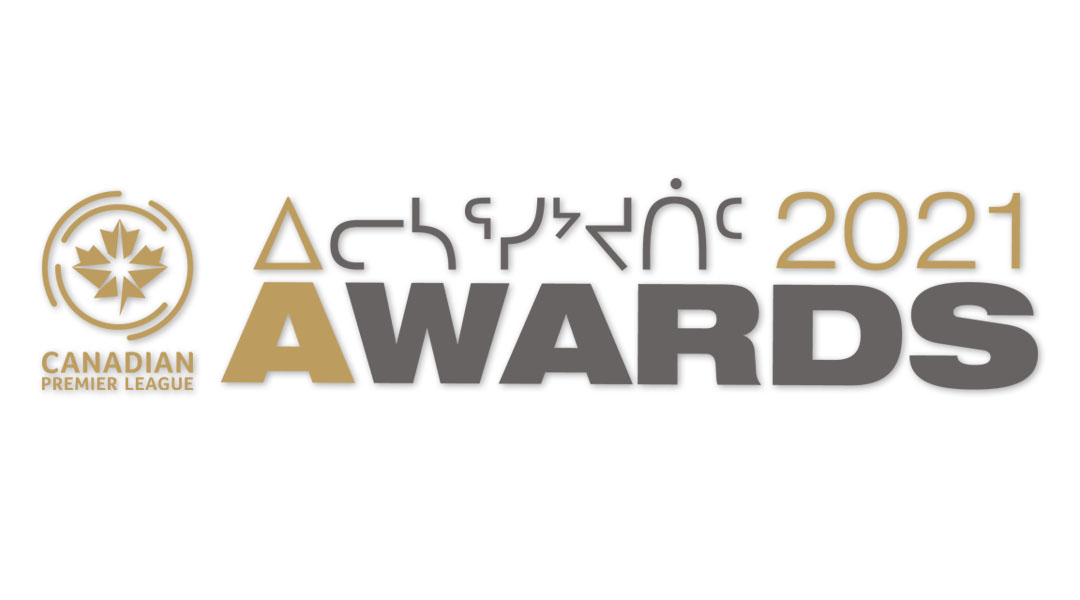 With the 2021 Canadian Premier League season set to conclude tonight, the league has now revealed the nominees for this year’s CPL Awards ceremony.

The awards will be given out on Tuesday, December 14, with the winners selected by a judging panel of media writers and reports from across Canada.

The awards up for winning are the CPL’s Player of the Year, Coach of the Year, Best U-21 Canadian Player Of The Year, Golden Glove, and Golden Boot. They come in the form of intricately designed soapstone carvings developed by artists from Kinngait (Cape Dorset), which is also described as the epicenter of Inuit art.

We are thrilled to announce and congratulate our CPL Award nominees for the 2021 season. Delivering a full season was a priority for the League this year and we are extremely pleased that we were able to do so. These beautiful awards reflect the hard work, tenacity and incredible talent that was showcased on the pitch by all our players and coaches this season. We congratulate and thank all of them for an incredible season.

See Also: ‘From Stone’, A Documentary Video About The Carving Of The Awards

Also represented are Cavalry FC (three nominations), Valour FC (one nomination), and York United (one nomination), while last-placed Atletico Ottawa will undergo its first year without representation at the awards and FC Edmonton sees its second season in a row without anyone on the shortlist.

Without further ado, here are the 2021 CPL Awards nominees:

Joao Morelli (Halifax Wanderers FC) – The Brazilian dynamo scored a league-record fourteen goals throughout the regular season, scoring more braces than any other CPL athlete in existence. The fast-footed athlete scored eight of his goals open play and set pieces, with a further six coming from the penalty spot. He was also the first forward to cross the double-digit marker this year.

Terran Campbell (Pacific FC) – The 23-year-old is about to cap off his second double-digit CPL campaign for the Tridents, contributing eleven goals and four assists throughout the season. Described by Kah as a key player with plenty of natural goalscoring talent, the former VWFC 2 forward has proven a force to be reckoned with in the CPL.

Kyle Bekker (Forge FC) – A name synonymous with Forge itself, club captain Kyle Bekker is an absolute engine for the hammers who dictates tempo in the middle of the park. The hammers will have played forty games this year, and Bekker will have been present in all but three – after all, the captain is Forge’s appearance leader for a reason.

Bobby Smyrniotis (Forge FC) – It’s no surprise to see Forge’s Bobby Smyrniotis pick up his third successive coach of the year nomination – after all, he’s going for the three-peat tonight. Twice a CPL champion already, Smyrniotis has proven to a sound tactician leading a squad with great discipline and harmony. This year saw him guide Forge to a top-place finish in the regular season, come one penalty away of a Canadian Championship Final, and reach Champions League heights through continental action.

Pa-Modou Kah (Pacific FC) – The second-year Pacific FC head coach has truly turned the Tridents into a force to be reckoned with. His high-flying team has now reached its first-ever CPL Final, with his attacking philosophies seeing the side score an astounding 47 goals in 28 regular season matches – not can the talented head coach turning a stepping stone into soapstone?

Tommy Wheeldon Jr. (Cavalry FC) – The inaugural CPL coach of the year is back in the mix again, with Wheeldon Jr. having led Cavalry to a second-place finish level on points with Forge FC before bowing out in the semi-finals. Having helped secure big club additions like Joe Mason on a full transfer and Karifa Yao on loan, Tommy’s side have always looked like title contenders under his guidance.

Triston Henry (Forge FC) – Last year’s golden glove winner is back again after having helped himself to eight clean sheets through 24 appearances, with the hammers finishing top of the league with the least goals conceded.

Marco Carducci (Cavalry FC) – The 2019 golden glove winner has been a consistent performer at the back, having collected seven clean sheets and, as mentioned by CanPL, putting in an impressive seven-save night against the Eddies in a top goalkeeping performance this year.

Jonathan Sirois (Valour FC) – Perhaps the expected favourite of the bunch, CF Montreal loanee Jonathan Sirois led the league in clean sheets with nine, undergoing some blistering form throughout his first-ever CPL campaign that saw him earn 24 starts between a short recall to his parent club.

Max Ferrari (York United FC) – It’s been an explosive season for 21-year-old Max Ferrari, who’s second season with the Nine Stripes saw him clock in an astounding 2,160 appearances in league play. Ferrari’s seemingly tireless efforts saw him deployed just about everywhere across the pitch, where he contributed two goals and four assists as the Nine Stripes reached playoffs for the first time in club history.

Victor Loturi (Cavalry FC) – Loturi’s return to the Canadian Premier League has been a massive success, with the 20-year-old only missing one match of action since arriving through the U SPORTS Draft. Playing well wherever he was deployed, he contributed two goals and one assist through 1,744 minutes of action this year.

Alessandro Hojabrpour (Pacific FC) – The Burnaby-born defensive midfielder has been a mainstay for the Tridents this year, appearing in all but four of Pacific’s matches throughout the season. A consistent performer in the middle of the pitch, Hojabrpour has quietly been top class – but will he get recognition for his success?

The winner of the golden boot will be decided at the conclusion of the season tonight. It’s expected that it will go to Halifax’s Joao Morelli, who leads the charts with fourteen. Unless Terran Campbell bags four to put himself ahead, it’s hard to see the award going anywhere else.

With the awards ceremony set for December 14, fans won’t have to wait too much longer to see who will take home their own individual prizes following the conclusion of the 2021 Canadian Premier League season.

The 2021 CPL Final will take place tonight between Forge FC and Pacific FC at 4:30PM EST.