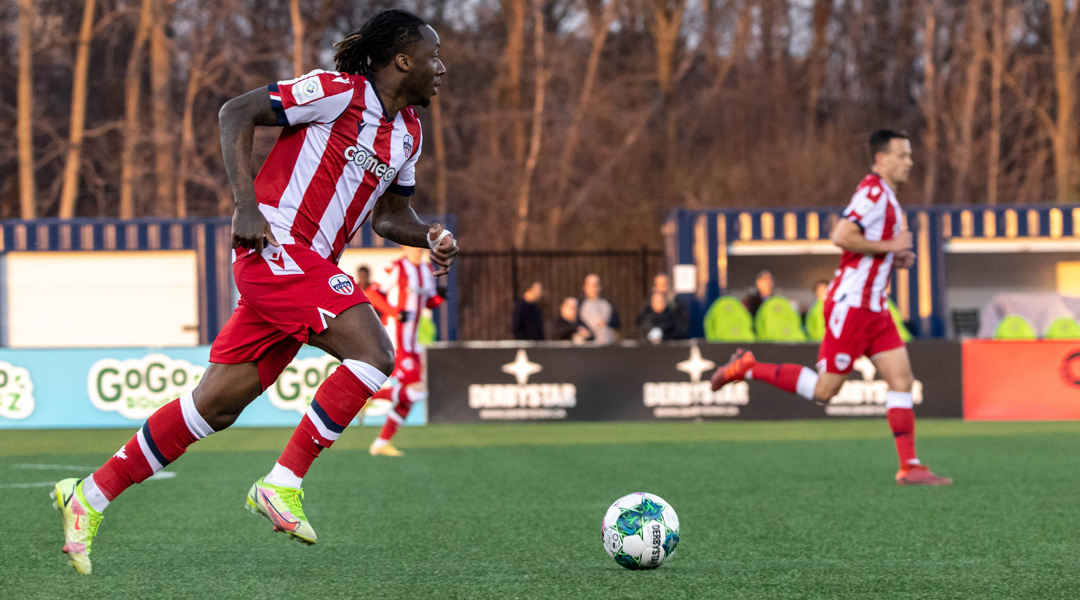 With double-header matchdays on Friday and Saturday, the fifth round of the 2022 Canadian Premier League season promises to be a good one – especially with two derbies on the menu.

See Also: Recapping What Went Down In The Fourth Week OF CPL Action

The buildup to the matchweek saw Cedric Toussaint’s suspension partially reduced and the news that some CF Montreal youngsters opted not to go on loan in the league when offered, and Northern Tribune also named our goals of the month, too.

Without further ado, let’s take a look at three things to keep in mind heading into the next week of action.

Canada’s domestic cup tournament will kick off just a few days after the fifth round of the CPL season concludes, and we expect to see teams put out lineups with those upcoming fixtures in mind. Don’t be shocked to see a locked-in starter get rested, especially with Valour FC set to host a Vancouver Whitecaps side that has yet to best CPL opposition in the cup tournament.

While we’ve yet to see a League1 Ontario or PLSQ team knock out a CPL side, they’ve proven competitive in the past: Halifax struggled against AS Blainville last year, while in 2019 the Vaughan Soccer Club only bowed out of the preliminary round on away goals. Expect most teams to put priority on the domestic tournament.

Valour FC was supposed to enjoy a home opener last weekend, but the fixture was postponed after a few members from Valour’s camp tested positive for COVID-19. That means that both Forge FC and Valour FC will enter the fifth match week with thirteen days of rest, but it might not be the advantage that seems obvious on paper.

“To be honest, we were looking forward to playing the game at Valour in Winnipeg,” said Bobby Smyrniotis. “We had a great training week last week and thought everything was ready and had a good game plan, but there’s certain things we cannot control.”

Both Forge and Valour had entered last week after securing great results the week prior: Forge defeated FC Edmonton 3-0, while Valour completed a 6-1 dismantling of Atletico Ottawa. Instead of carrying that momentum right into the next week, both sides will have had nearly two weeks without a competitive fixture. CPL teams have felt rest bring rust before, so it’ll be interesting to see how they fare against competition that had more consistent gametime.

Team Of The Week Parity

There’s been a lot of good performances from a lot of different faces in the opening month of action, and that’s led to a team of the week roster that has seen more rotation than a Liverpool side led by Rafa Benitez.

After 44 player selections, just four players have been able to feature twice: Ollie Bassett, Manny Aparicio, Karifa Yao, and Joe Mason. After that comes 36 selections that have popped up just once apiece through April, so it’ll be interesting to see who brings a highlight-worthy level of consistency to their game as the season progresses.

There has been, as one would expect, less parity in terms of team selections: Atletico Ottawa and Halifax had had the most player picks with nine each, while reigning champions Pacific FC are tied with Cavalry at six. Rounding out the bottom are Valour with five (all following their 6-1 win in the third week), with York United at 4, FC Edmonton at three, and Forge FC having just two selections which both came after their 3-0 win over Edmonton.

The fifth round will open up with two Friday night derbies: there’ll be a 905 Derby hosted by York United, followed by an Al Classico hosted by FC Edmonton. Saturday will then see a double-header, with Valour hosting the Halifax Wanderers and Atletico Ottawa playing home to Pacific.

With the aforementioned Canadian Championship coming up midweek after that, it’s no surprise to see the league ensure there aren’t any Sunday fixtures this week – the extra day of rest will come in handy for all clubs involved.