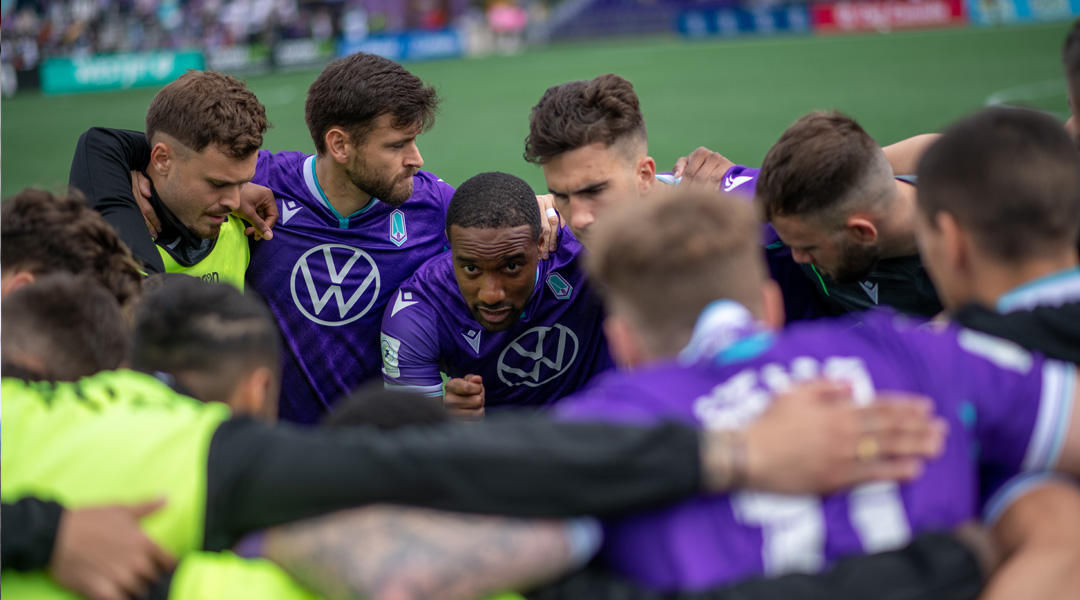 The seventh round of Canadian Premier League action kicks off later today, and for the most part it’s a weekend where it seems anything could happen: with the league table fairly congested, this is a week where the majority of sides will be trying to stick their neck out ahead of the pack.

There were two player additions leading into the weekend, with Forge adding defensive depth through Rezart Rama and Chilean forward Walter Ponce finally arriving to Winnipeg.

Last week saw two draws and two slim wins, but we expect the next three days of Canadian football to provide some more clear-cut results. Without further ado, here’s three storylines to watch out for in the league’s seventh matchweek:

As we head into the seventh week of action, five of the league’s eight teams (or 62.5% if you rather) are tied on eight points apiece. It’s an astounding example of parity within a league where it seems any club, on its day, can secure a result against anyone else.

Unless they’re playing against Pacific, of course, who have double that number of points on the board.

Interestingly, the inaugural Canadian Premier League season once saw half the league tied for last on eight points apiece. The salary cap league has always shown a high level of parity, and that’s something that makes the push for playoffs produce real fireworks – though surely things can’t remain this even for long.

It was only two rounds ago when we predicted that clubs would deploy rotated rosters ahead of Canadian Championship opening round, and now we’re back to it again: with the quarter-finals of the cup competition set for next week, we expect all four CPL sides still in the fight to lend heavy precedence to the cup tilt over regular season action.

It’ll be particularly interesting to see how Pacific and York United line up this weekend, as they’ll be playing against one in the cup just a few days afterwards. Forge and Halifax will both have their CPL-vs-MLS cup tilts in mind when they come up against one another this weekend, while Valour will be hoping Cavalry rests a key man or two ahead of their trip to Spruce Meadows.

With FC Edmonton and Atletico Ottawa out of the competition, those are two sides we expect to see put out a full-strength starting eleven. The Eddies have only lost one of four results at home, so it’ll be interesting to see how things pan out for them in the seventh round – especially with Atletico Ottawa’s Ollie Bassett in hot form and Carl Haworth back in action.

A+ All-Around Team Effort From Pacific

It’s not just the fact that Pacific lies first on the league table that shows their championship mentality.

The island-based club has individuals leading the way in just about every category, too: Alejandro Diaz is leading the golden boot race with five goals from seven games while recording more shots than any other player, Marco Bustos is the league’s assist leader with four, Callum Irving is tied for first in clean sheets, and the Tridents even have three players leading the passing statistics with Thomas Meilleur-Giguere, Amer Didic, and Manny Aparicio cracking the top five.

As the CanPL website pointed out, Aparicio – listed as five-foot-six – has somehow found a way to lead the league in headed goals during his MVP calibre start to the season, too.

As a result, it’s no surprise to see that Pacific leads a bevy of team stats: they’re top for goals (with an expected goals of nearly double the next best team, while leading expected goals through both open play and set pieces), the have the most assists (with the highest expected assists), and they lead the league for successful duals, touches of the ball (again, by some margin), successful tackles, and both recoveries and clearances, too.

Make no mistake about it: Pacific FC is a club filled with champions. Having won the league last year, they’re certainly maintaining the high standard of a champion down to a man. That isn’t to say things have always been smooth sailing in the defensive end, but this is clearly the team to beat.

Another thing to watch this weekend will be the potential influence of belated internationals: Lisandro Cabrera is finally with York United and Walter Ponce finally landed with Valour, who have two more internationals expected soon. With Omar Browne hopefully cleared to play for Forge soon and a new international defender having just arrived to Tim Hortons Field, we could have see a new breath of international influence on the horizon.

Tonight’s Friday night double-header sees Forge FC play away to the Halifax Wanderers before Pacific hosts York United, with Saturday seeing Cavalry enjoy just its second home match of the season when Valour comes to town. The seventh round will conclude with FC Edmonton hoping to continue its decent home form against Atletico Ottawa.