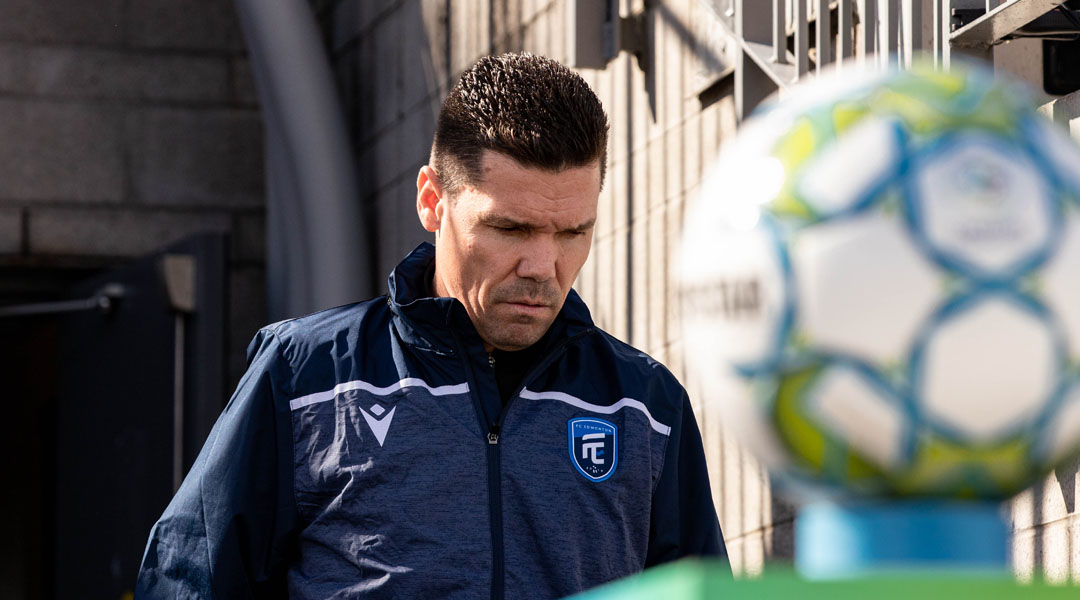 The league will continue to assist with day-to-day and football operations until a new owner is found, the CPL stated today.

No group has done more for soccer in Edmonton than the Fath family. Their work to give local players a pathway and a purpose in many ways inspired the creation of the Canadian Premier League. The league thanks Tom and Dave for their unwavering commitment and contributions to the growth of the professional game and to the growth of Canada as a soccer nation.

The belated announcement of league intervention will alarm fans who have already had concerns about league transparency, though the past year has seen the CPL open up about its salary cap while also giving discussions with a potential players’ union a green light.

While FC Edmonton may be the most storied side to join the Canadian Premier League, its operations had evidently fallen well below the standard set by the head office. With owner Tom Fath having already sunk millions into the club since its founding in 2010, there had already been persistent rumours that he was looking to sell amid financial turmoil.

On the Northern Futbol Podcast, Canadian journalist Thomas Nef had stated that the Edmonton Oilers launched a takeover bid that was rejected by the CPL’s head office earlier this year. The club dismissed the statement as inaccurate, though it appears the Oilers may have expressed interest.

Fath will remain as a strategic advisor to FC Edmonton for the time being, with head coach Alan Koch – who has a contract for a further two seasons – set to help improve the product on the pitch.

The Canadian Premier League has now spent two of its first three seasons amid a pandemic, pivoting in plenty of areas to adapt. The league has added Vancouver and Saskatoon as future expansion sides, while Atletico Ottawa launched its first season in a bubble just months after the pandemic brought the world to a stop.

Clanachan said there is plenty to work to do for Edmonton, with key focuses being improving the stadium experience, building the squad into a consistently competitive side, and securing a long-term soccer stadium.

He says there’s been plenty of interest from prospective buyers, too.

We have had significant interest in the club from both local and international investors as Edmonton has the potential to be a world class soccer city.

While the state of the club is a tough pill to swallow for fans, it’s hard to say that league intervention wasn’t necessary: the club’s disenfranchised fanbase saw attendances dip below a thousand as the league’s oldest club became clear underdogs and finished second from the bottom.

While even that was an improvement over last year’s winless campaign, the tough times on the pitch meant Clarke Stadium was a far cry from the Major League atmosphere that Club President Eric Newendorp had hoped for. In a gate-driven league, that rang alarm bells.

With minimal staffing, the club’s digital presence also suffered: quiet player announcements came with minimal substance, and its spotty social media even clapped back at loyal fans prior to the league helping out with social media communications.

While Newendorp still feels that the club needs to eventually get its own venue, he hopes to make more immediate improvements to help fan atmosphere ahead of the club’s fourth season. In a gate-driven league that hasn’t had a full home season since 2019, the club needs butts in seats, and it needs them badly.

When we talked to Eric in November, he didn’t want to go into specifics in terms of finances, though he did say the CPL is leaner for club ownership than the NASL had been.

Still, he’d said at the time, it was proving a struggle: “I think 2019 was a decent year, and then the pandemic just scuttled everything over the last two years. That’s not an excuse, everyone is dealing with that, but it’s going to take some time to dig out of that hole.”

With the league having grabbed a shovel, there will be optimism that the club’s fourth season in the CPL could see brighter days. If any supporters deserve such, it’s probably Eddies fans.

While the club has remained radio silent on player retention, Newendorp stated that if a clean slate was required, they were willing to roll up their sleeves and do it. Some have left already, with Eddies veterans Connor James and Allan Zebie leaving the pro game behind, star striker Easton Ongaro eyeing Europe, and assistant coach Jay Bhindi leaving the club.

If new ownership came in and were willing to throw in a lot of money and turn the club around, it could be a very good thing. Would that change my thoughts on whether I would re-sign with the club? Right now, I don’t know what the next step is.

With 2022 just hours away, there’s still not a single player that is confirmed to be staying at Clarke Stadium next year, suggesting the changes may reach far beyond club ownership and day-to-day operations.

With Newendorp stating that the on-field performance was well below his expectations, it’ll be interesting to see what Alan Koch can do with a full offseason to make his own adjustments.

With the league helping assist in operations, Newendorp will be able to focus on some of the big ticket items to help the Eddies climb out of the hole. With his own contract expiring at the end of next season, it’s do-or-die time for him at Clarke.

FC Edmonton’s fourth season in the Canadian Premier League will be a watershed moment for the struggling team: having lagged behind both on and off the pitch, the Alberta-based side has it all to do in order to convince fans to return. Winning on the pitch helps, but the atmosphere, fan engagement, league schedule, and state of the COVID-19 pandemic will all be significant factors, too.

With the league now helping right a ship that was listing heavily, it’ll be interesting to see what unfolds next for FC Edmonton. The city has proven that it can certainly pull in big numbers, and sustained success could see Clarke Stadium – and maybe even a future soccer-specific stadium – witness some long overdue good days.

New investors with a fresh outlook for the team could be a breath of fresh air, but it’s going to a long journey to help the underdogs catch up.