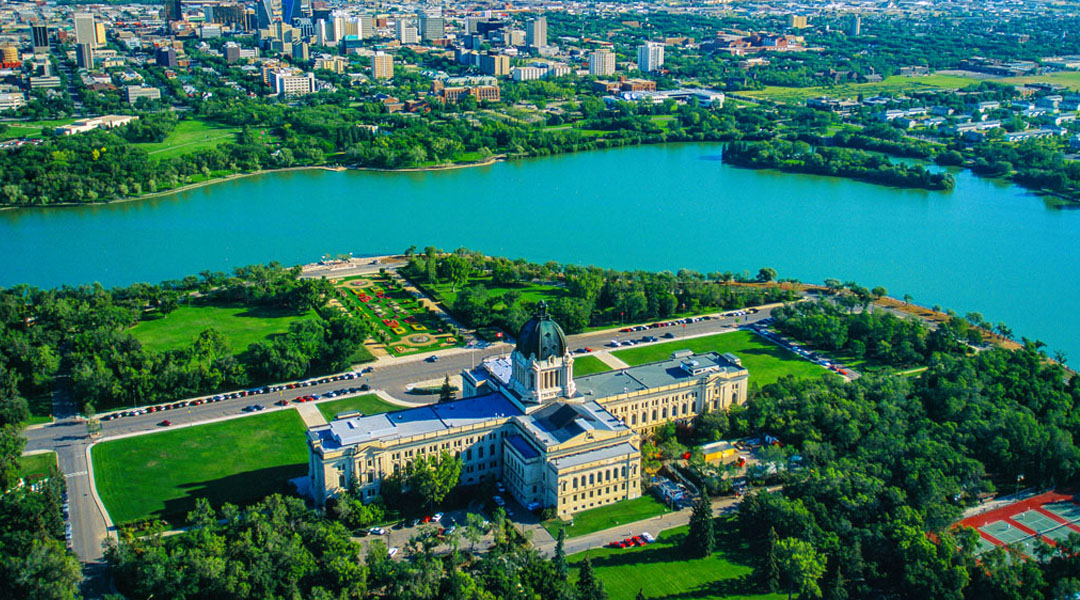 It’s been four months since the Canadian Premier League awarded expansion rights in Saskatchewan to Living Sky Sports and Entertainment, with the group currently ‘deep in development plans’ regarding a stadium location at Prairieland Park in Saskatoon.

The expansion rights are contingent on LSSE owner Al Simpson securing the rights to construct and build a suitable stadium for his prospective CPL side, with Simpson now revealing a significant detail in a recent interview with Global News: he envisions a second CPL team coming to the province over the next few years.

If I were to look out over the next five to seven years, I think there would be a natural rivalry to occur between Saskatoon and Regina, much the same as you see with Edmonton and Calgary.

The initial Canadian Premier League announcement was worded in such a way that it appeared Simpson had exclusive expansion rights for the province as a whole, with his recent comment potentially clearing the way for a local rivalry down the line. Of course, Simpson’s team comes first.

The Living Sky Sports and Entertainment company is actually headquartered in Regina, though Al’s efforts to found a Canadian Premier League expansion team have always been rooted in Saskatoon – though it began with a different ownership group.

That being said, if Simpson’s plans at Prairieland Park fall through, it could be his team that ultimately plants itself in Regina. In his aforementioned interview, he even revealed that those conversations had already begun, just in case:

Obviously, we’d like to see Saskatoon get up and running but, at the end of the day, if things don’t come together in Saskatoon and we can’t get a stadium financed and built then maybe Regina becomes the next logical place to look. I shouldn’t say maybe – it does become the next place to look and work hard on. And we’ve had preliminary discussions with some folks in Regina about doing something and those conversations are ongoing but, right now, Saskatoon is the focus.

Saskatchewan’s own Brett Levis is currently with Canadian Premier League side Valour FC, who sit atop the league table. He’d love to see professional football reach his home province, though he has reservations about dropping two teams into the mix in short order:

Like club soccer growing up, we always had a rivalry with any team from Regina. That was just kind of the basis, Saskatoon versus Regina, that whole aspect. I think it’d be really cool. I’m a bit hesitant on the market and the growth. I think we need to see it succeed in, for example, Saskatoon before we attempt because you want the sport to grow but you don’t want to push it to an extent where it’s not ready for that growth and then you see teams folding.

Simpson’s initial plans for Prairieland Park involve a stadium that can comfortably host about 5,500 fans, with LSSE and Prairieland Park agreeing that the former location of Marquis Downs will be the chosen spot for such.

Simpson was part of a CPL litmus test that took place near these grounds in 2019, with over 3,000 fans attending an exhibition series called the SK Summer Soccer Series. He believes that his new team would need to draw in over 4,000 fans on average to prove sustainable, which he believes is doable in Saskatoon.

Should all go well with the stadium development, Simpson says that 2024 is the more realistic target for his expansion side to begin play, though he didn’t rule out an ‘ambitious’ shot for the 2023 Canadian Premier League season, either.

Whatever happens, the news that Simpson seems open to another local Canadian Premier League team popping up within the province is certainly food for thought.

The announcement of his expansion team venture came fairly out of the blue this year, with the province of Quebec looking like a strong contender for the next expansion team after his.