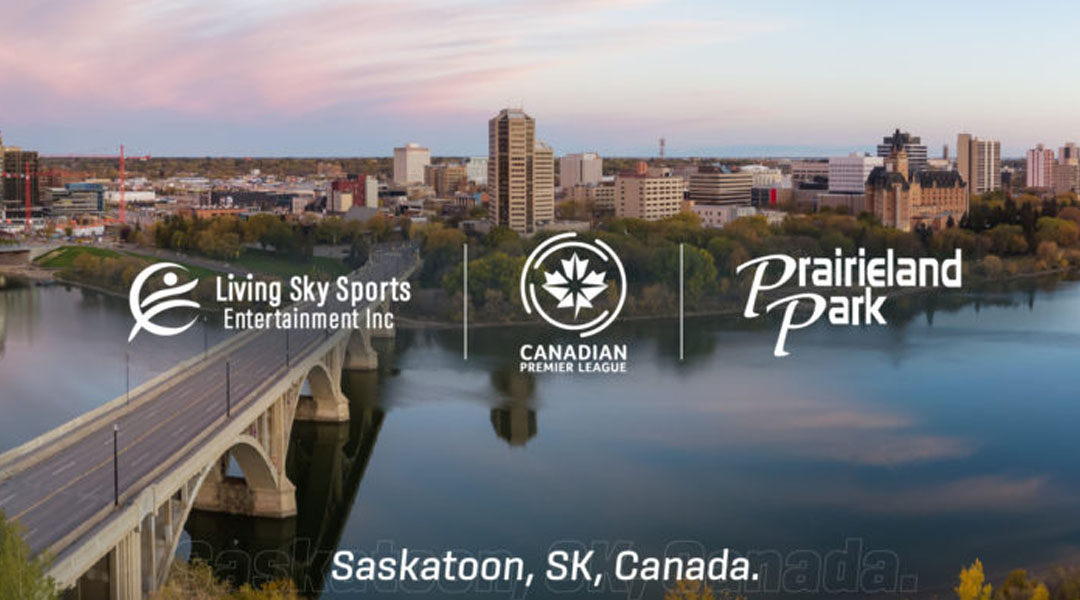 The Canadian Premier League has announced a new expansion team in Saskatoon, Saskatchewan, which is targeting 2023 for its inaugural season.

The league awarded exclusive Saskatchewan expansion rights to Living Sky Sports and Entertainment, conditional on the approval of a soccer-specific stadium set to be built in Prairieland Park. The company is founded by Al Simpson, who was involved in the SK Summer Soccer Series.

The announcement of the new club came shortly after an out-of-the-blue teaser last night, with news quickly following that an additional expansion team could be on the cards ahead of the 2022 Canadian Premier League season, too.

By acquiring the exclusive rights to a CPL expansion club, we can immediately begin work on our first task, which is the development and financing of a soccer-ready stadium, suitable to CPL league-wide standards. Today starts the conversation with Prairieland Park to develop and finalize all the details.

Alan Simpson was revealed to be part of Joe Belan’s ownership group, who put together a litmus test in the area to evaluate how sustainable a Canadian Premier League club would be. Simpson clarified that he and that ownership group went their separate ways.

The long-term plan of the SK Summer Soccer Series was always to establish a venue at Prairieland Park, which is a 136-acre area in Saskatoon that regularly plays host to the Saskatoon Exhibition. There is no specific timeline for the stadium’s construction, which has a target capacity of 4,000.

Prairieland Park has entered into a Memorandum of Understanding with LSSE regarding the stadium’s construction, which hasn’t settled between natural grass of a turf pitch just yet. The deal officially means that the space at Marquis Downs will transition away from horse racing, which has taken place at that location for some fifty years.

When the details of club’s future home site are said and done, Simpson is hoping that the team will be ready to take to the pitch in 2023.

The SK Summer Soccer Series looked successful during its testing phase in 2019, with Belan eventually targeting a 2021 expansion date for Saskatchewan to reach the CPL after seeing attendance figures over 3,000. Like Simpson, he said he was willing to wait as long as it took to launch on stable footing.

The club has yet to undergo serious branding discussion, with Simpson revealing that while the team has begun planning out potential names and team colours, the group’s main focus is currently on getting its stadium development plans sorted.

With Saskatchewan now confirmed as an expansion team, there is an expectation that the next arrival will stem from the province of Quebec. Prior to the COVID-19 pandemic, Clanachan had stated that the league was in talks with multiple ownership groups in La Belle Province, which has proven to be a football powerhouse for Canada.

For now, Saskatchewan is on target to be the second expansion team to join the league following Atletico Ottawa, which was announced in early 2020 and assembled quickly enough to participate in the league’s bubble tournament a few months later. Given that LSSE needs to build a soccer-specific stadium first, it is clear they will not be participating in the upcoming season, or potentially the one after that.

More news about the newest expansion team is expected to come in the near future.