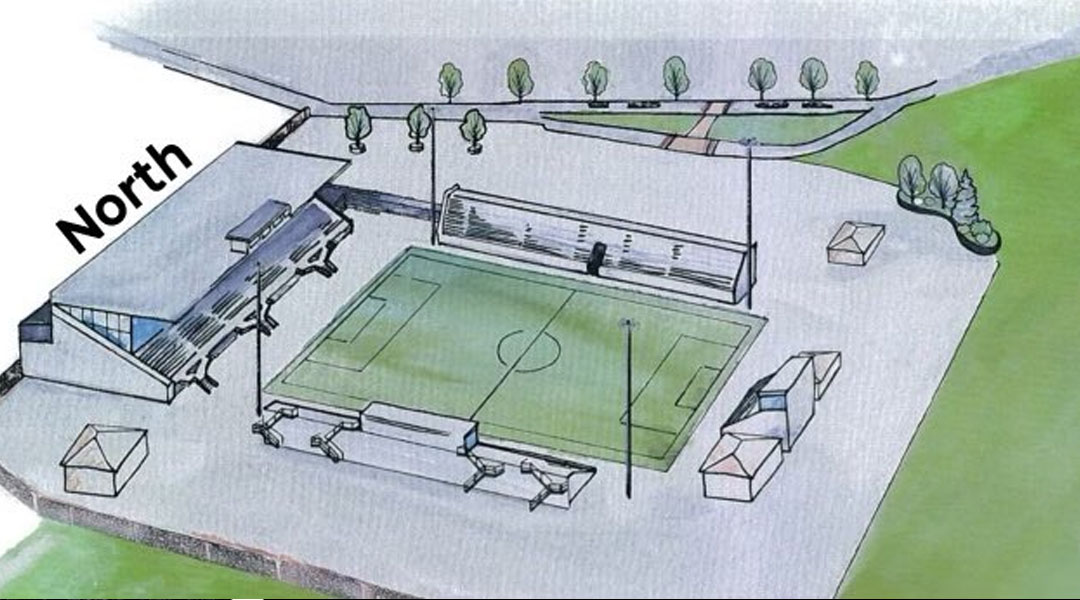 Nearly one month after the Canadian Premier League awarded tentative provincial expansion rights to an ownership group in Saskatchewan, the company behind the venture has released a first look at a conceptual stadium drawing.

The ownership group’s exclusive Saskatchewan expansion rights are conditional on the approval of a soccer-specific stadium set to be built in Prairieland Park at Marquis Downs, a location previously used for horse racing.

At the time of Saskatoon’s unveiling by the league, Prairieland Park had already entered into a Memorandum of Understanding regarding the stadium’s construction with the ownership group, Living Sky Sports and Entertainment.

LSSE is in the beginning stages of its stadium research, with today’s post showing a draft look at plans to orient the prospective expansion team’s home ground in a North/South layout:

The ownership venture is being headed by Al Simpson, who was a member of the group that led an earlier litmus test in Saskatoon which saw over 3,000 fans attend individual exhibition matches in 2019. The group’s plans to host the SK Summer Soccer series last year came to a close due to the COVID-19 pandemic.

Simpson, who secured expansion rights under a different group, has told fans that his venture’s main focus is getting its stadium development plans sorted. It’s a move that makes sense, giving his exclusive expansion rights hinge on the success of the stadium’s construction.

While the group appears to be settling on a North/South orientation, there are a lot of questions left to be answered: it still to be determined whether the stadium will host a natural grass or turf pitch, with a target capacity set at around 4,000 – though future stadium expansion is likely to be thought of from day one.

When the full details of the club’s future home site are still to be determined, Simpson is hoping that his expansion team will be ready to take to the pitch in 2023.

In the meantime, rumours are circulating that a tenth Canadian Premier League expansion team may also be announced to keep the league’s schedule even when Saskatoon officially arrives.