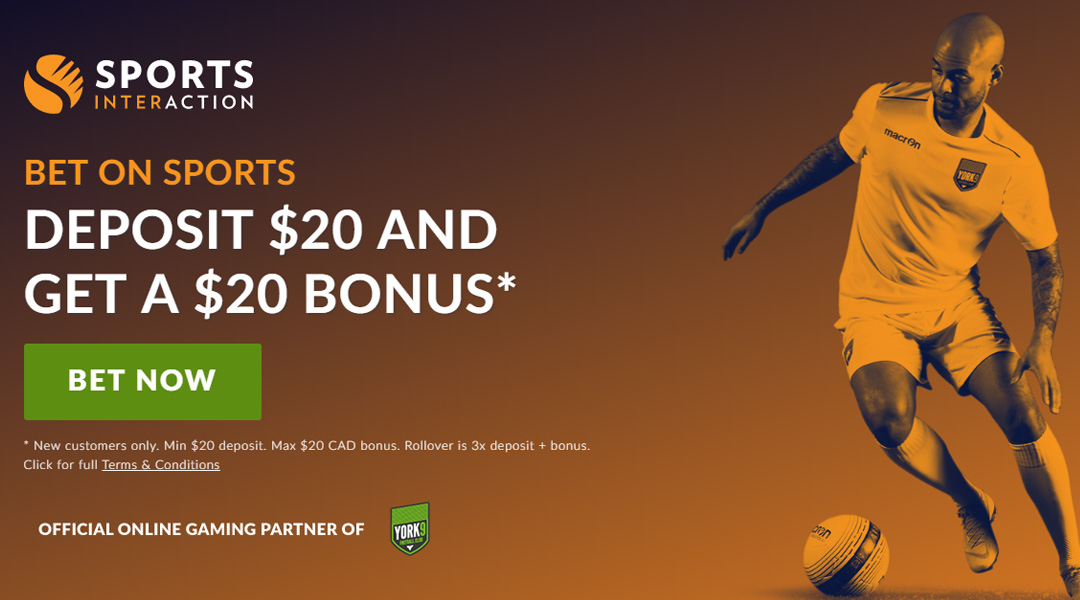 Update: It looks like Bet365 has already added CPL betting, too.

Patrons who attend a York9 FC game at York Lions Stadium will be met with a craft beer market environment at the north end of the stadium called ‘El Mercato’, where beer tokens can be purchased. Stylized as casino chips, the tokens reveal that sports betting website Sports Interaction has partnered with York9 FC.

Speaking with a customer support representative for Sports Interaction, a brief check with a line management team confirmed that the gambling website – which is licensed to operate in Canada and Jersey – has firm plans to offer Canadian Premier League odds in the future:

We do have a plan to offer the odds in the future. We do not have a time frame as to when however, but we definitely will be offering them.

Sports Interaction is no stranger to Canadian sports marketing ventures: beyond York9 FC, the company has partnered with the Toronto Rock, Toronto Wolfpack, and the Hamilton Ti-Cats, which is owned by Forge FC co-founder Bob Young.

While the Canadian Premier League isn’t currently offered on the sports betting platform, a York9-related promotion is offering a $20 bonus for consumers who deposit $20 into new accounts. The website covers a multitude of sports ranging from soccer to snooker, and even offers odds in various eSports matchups.

Many of the more mainstream sports betting websites have remained quiet on the Canadian Premier League, making Sports Interaction the first to publicly ‘hedge its bets’, if you will, on the burgeoning sports league.

While Sports Interaction has confirmed firm plans to offer CPL odds in the future, nothing is set in stone until that service launches. Still, with York9 FC utilizing casino chip-style beer tokens that link to a Sports Interaction promotion, things are certainly looking likely. For those interested in CPL sports betting, it seems like it’s just a matter of time.