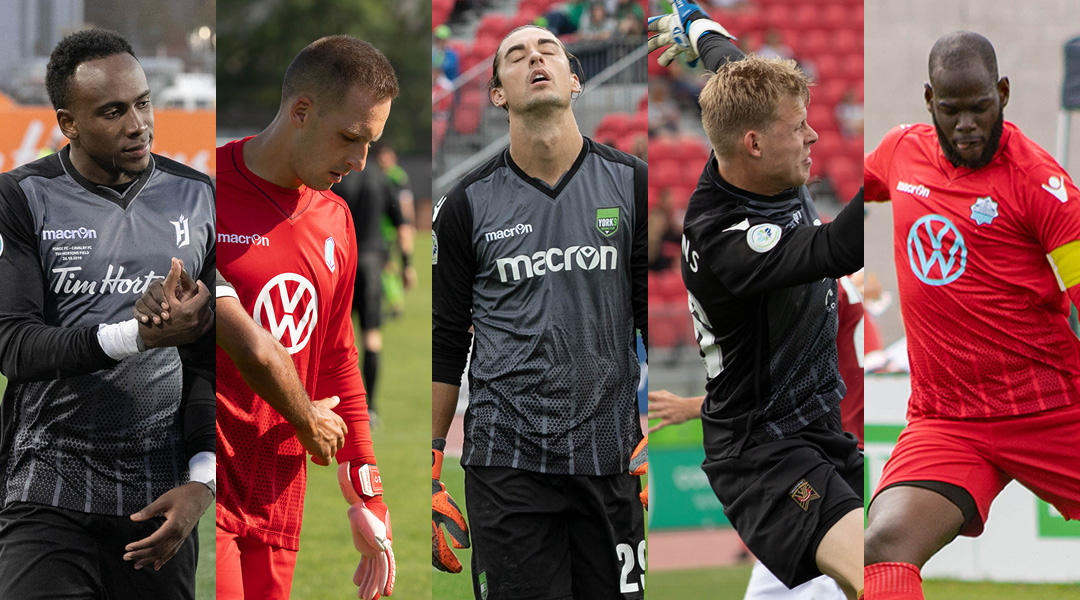 With the Canadian Premier League now publicly releasing plenty of in-depth statistics from its official stats provider, we took a look at some highlight-worthy individual performances from goalkeepers throughout the league’s inaugural campaign.

Given that we took a look at five times Canadian Premier League goalkeeper defied the odds in a good way, we only felt it fair to take a look at the exact opposite: five times CPL goalkeepers conceded many more goals than they were statistically expected to.


Without further ado, let’s take a look at some of the harshest returns goalkeepers have faced in the burgeoning professional league so far:

Forge FC fans will wince thinking about the club’s 1-2 home loss to the Eddies back in early July, but not solely because of the result. Both goals that Henry gave away were fairly soft: the first was a header from Tomi Ameobi that bounced underneath Triston’s dive, and the second one counted as an improbably-angled own goal from Henry himself.

While the keeper finished strong in the fall season, this match against FC Edmonton was perhaps his worst one between the sticks for the eventual champions. On the plus side, it was essentially all uphill from there.

FC Edmonton only got three shots on target against Pacific FC back in this June matchup, but they made all three count to end a longstanding goal drought and mark a bad day at the office for now-released goalkeeper Mark Village.

The first goal saw Tomi Ameobi outmuscle the defense to fire a shot past an approaching Village, with the second goal coming just five minutes later. In that one, Village made the decision to run out to try and intercept a lobbed pass to Oumar Diouck, but the Belgian forward beat the 28-year-old goalkeeper to the ball to notch up FC Edmonton’s second goal.


In the second half, an all-too-easy cross from Son Yongchan found Bruno Zebie, who fired a one-touch effort beyond the reach of Village to secure what would eventually be a 3-1 away win for Jeff Paulus.

Seeing 100% of the shots on target find the back of the net was certainly a good way for the Eddies’ goal drought to end, as statistically unlikely as such a result was for Mark Village.

A six-goal thriller at York Lions Stadium would see the home side take an early lead through Rodrigo Gattas, but Rob Gale’s side knew how to rally back: a close range header from Valour youngster Tyler Attardo tied things up just eleven minutes later, with Dylan Sacramento creating a goal out of thin art with a beautiful shot from outside of the box just two minutes later.

The second half would see the York9 FC defense continue to get caught out, with Bustos able to set up a tap-in for Attardo’s second early in the second half, and Ali Musse snuffing out any hopes of a Nine Stripes comeback with a shot that rolled beyond the dive of Nathan Ingham late in the game.


Valour FC finished the match only having 36% of the possession, but they made half of their eight shots on target count. With Ingham expected to only concede one goal from those chances, a 2-4 loss will certainly have felt like a painful affair for the Nine Stripes.

When the statistics expect that five goals conceded ought to be a fair result, you know it’s going to be a rough one. Cavalry FC’s infamous 8-0 win over Valour FC is the league’s largest win so far, and it’s a night the entire Valour FC squad will want to forget.

The expected goals conceded here got a bump due to Valour FC conceding two penalties, the first of which allowed Cavalry FC captain Nik Ledgerwood to convert and get the party started. Then, a sloppy defensive play gave the ball away to Jordan Brown, who let Pasquotti loose in the box to double the visiting team’s led.


Three minutes later, an own goal from Ohin would set the tone for the rest of the game: Cavalry FC ran rampant as a disconnected Valour FC defense made it all too easy to find Cavalry FC players free in the box, with the team conceding a second penalty that Janssens would save (though Buscher got his own rebound).

Cavalry FC managed to convert 8 of its 12 shots on target on the night, which means even if all seven of Valour’s shots were on target and went in, they still would have lost the match. Nigel Reed set the tone by stating that Janssens wanted the ground to open up and swallow him, and it’s hard to disagree: this was the most painful game that any Valour FC fan had to watch.

Because of that development, Williams looks likely to only return to the Halifax Wanderers in the form of a goalkeeping coach, pending negotiations.

The Nine Stripes only had 9 shots on target that day, but were exceptionally clinical on a night that would see Rodrigo Gattas get a hat trick, Toronto FC loanee Ryan Telfer get a brace, and Taiwanese international Emilio Estevez cap things off with his first professional goal.


Emilio’s late-game goal would see him get three opportunities in a row on the ball, which essentially spells out how the night went for a Wanderers defense that made it all-too-easy for the home side.

Halifax Wanderers head coach Stephen Hart admitted he got it wrong after the match, which to date represents the biggest negative gap for a goalkeeper’s expected goals conceded versus what they actually conceded.

With many hobbyist analysts (and, no doubt, professional ones) now having public access to the league’s data, there’s no telling what insights will emerge in the near future. It’ll be interesting to see if the 2020 Canadian Premier League season will see any of these performances displaced by the next year’s events, though only time will tell what happens.