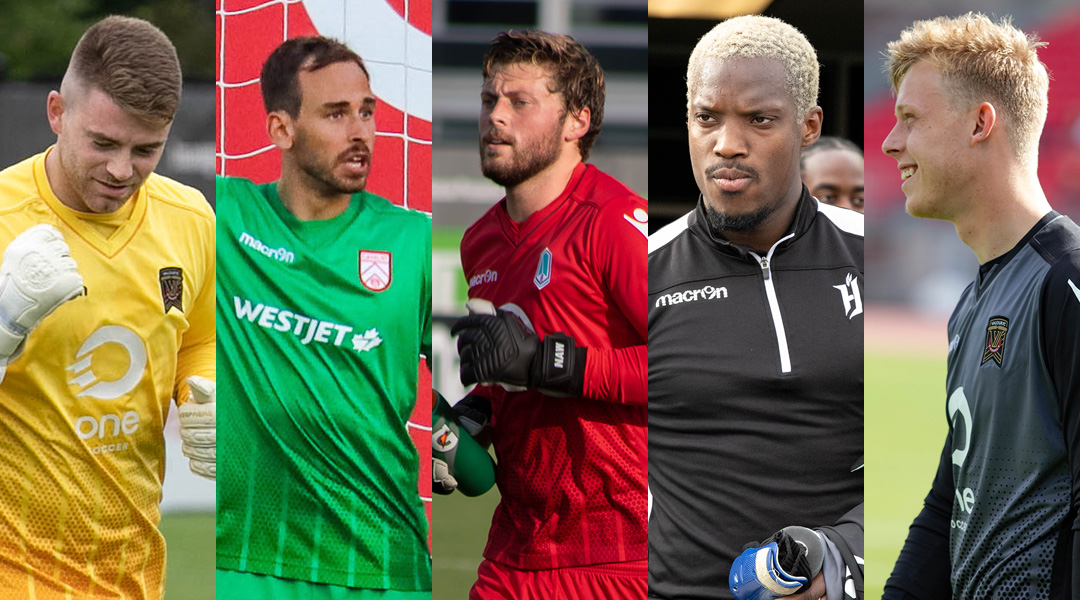 Earlier this week, the Canadian Premier League made an unprecedented move in the world of professional sports: the league announced a new initiative to publicly share sports data that it collected throughout the inaugural season, allowing for fans to dive through the ins-and-outs of the league and discover their own patterns, surprises, and probabilities.

We thought it would be neat to look up the top five times that CPL goalkeepers defied the odds. By that, we mean when goalkeepers faced a certain amount of Expected Goals Conceded, but came up big to deny such statistical probabilities.


Without further ado, here’s the five biggest statistical upsets that goalkeepers provided throughout the inaugural season:

Winnipeg local Tyson Farago may have had a mixed season with Valour FC, but he came up big when the Eddies came to town this October. While the Eddies only recorded five shots on target, the data suggests that the majority of these chances should have been buried. Defying the odds even further, Farago’s side converted three goals from just four shots on target to win the game 3-1.

Farago was hard-done by not to collect a clean sheet in the match, as the lone goal he conceded came right after he managed to tip a wonderfully chipped effort up off of the crossbar only to see the ball fall to the feet of Easton Ongaro. Still, with Valour FC finishing the game with a two-goal lead, it was a good day at the office overall for the 28-year-old.

Valour FC has yet to make any roster announcements for the 2020 season, with Tyson making 17 appearances under Rob Gale and the club’s other keeper, Mathias Janssens, making 13. With goalkeeping duties split fairly evenly between the two, it’ll be interesting to see if one of them departs ahead of the club’s second season.

The highlights above may look like a highlight reel for Connor James, but the CPL Data suggests that Giantsopoulos was really the one who defied the odds: he faced some eight shots on target, including a close-range effort from Edem Mortotsi following a struck post, three different on-target efforts from an in-form Amer Didic, and a low shot from Eddies top goalscorer Easton Ongaro, too.


Despite the chances created, the Eddies were held back by the six-foot tall goalkeeper, who defied the expected goals against to record his first clean sheet of the season. He’d do so again the next time he faced the Eddies too, lifting up the Wildrose Cup on the night.

Three clean sheets in five league appearances isn’t bad at all for the team’s second-choice goalkeeper, though nights like the one above didn’t make it easy.

It only took one minute of match time for Guyanese international Quillan Roberts to set the tone in this 905 Derby: when a corner from Ryan Telfer took a subtle touch from Adjei, it looked like Luca Gasparotto was about to slam the ball home from about a foot out. Instead, Roberts made a fantastic block to keep his team from suffering a disastrous start.

Later on, he also provided a low-diving save to keep Porter from giving the visitors the lead. After a Tristan Borges penalty gave the hammer the go-ahead goal, the home side conceded a penalty of their own in the game’s last minute of action. Roberts’ clean sheet was in jeopardy.

Then, Roberts got a bit of a stat boost from Chilean striker Rodrigo Gattas: the York9 FC striker missed the net entirely from the resulting penalty shot, allowing Roberts to keep a clean sheet despite the odds suggesting that York9 FC really ought to have left Tim Hortons Stadium with two goals.

In the end, what better time for a goalkeeper to defy the odds than in a derby match? Well timed, Quillan.

By the time Canada Day rolled around, Cavalry FC had already claimed the spring season title, so head coach Tommy Wheeldon Jr. opted to close out the season with a heavily rotated lineup featuring the likes of Gabriel Bitar, Victor Loturi, and Malyk Hamilton.

Pacific FC would secure a shock 3-1 result against the visiting team, though the CPL data suggests that a draw was still the more likely result – and that’s even despite Cavalry FC getting two red cards (and not for the last time of the season), though PFC also collected one of their own, too.


The Canada Day match saw Nolan Wirth between the sticks for Pacific FC, and he faced no less than nine shots on target from a Cavalry FC side that found itself increasingly frustrated as the match went on. That includes some seven set pieces from a team which has certainly converted plenty of those, making the feat of conceding two less than the expected goals all the more impressive for Wirth, though he did concede one awkward goal on the night.

The man between the sticks for Cavalry, Niko Giantsopoulos, was expected to concede two. Given that Pacific FC’s third goal came from a 97th minute set piece from Issey Nakajima-Farran, that was mightily close to being spot on the money.

When Valour FC traveled to York Lions Stadium in early August, it knew it was in for a tough trip: the Nine Stripes had just buried six beyond Jan-Michael Williams in their last match. A deflected shot would give Valour FC an early lead, with Jim Brennan’s side then doing everything it could to press and get an equalizer.

Despite the home side having 67% of the possession and firing eight shots on target, Janssens stood tall to deliver an unlikely 2-0 win to the visitors. The absolute highlight came when the Belgian shotstopper saved a penalty from Gattas, and then got a great body block on the resulting point-blank followup shot, too.


The CPL statistics show that Janssens was expected to concede three goals on the night, but the six-foot-one goalkeeper defied the odds regardless of what was thrown at him, recording his third clean sheet of the season.

Conversely, Ingham had 0.49 expected goals conceded for the match. With that, he can feel hard-done by after conceding an early goal from a deflection, with the second coming from a lobbed effort after the Nine Stripes goalkeeper was caught out in the opposition half after pushing forward.


Of course, statistics don’t tell the whole story: context is always important, too. Still, the above goalkeepers were the key difference-makers in the above games, though none of their futures for 2020 have been confirmed so far.

In fact, only two goalkeepers are confirmed to have signed on for the next season: Christian Oxner and Nathan Ingham, the latter of whom has been nominated to win the Golden Gloveat the Canadian Premier League Individual Awards next week.

To show the other side of how things can go between the sticks, we’ve also talked about five times CPL goalkeepers conceded many more goals than were expected of them, too.