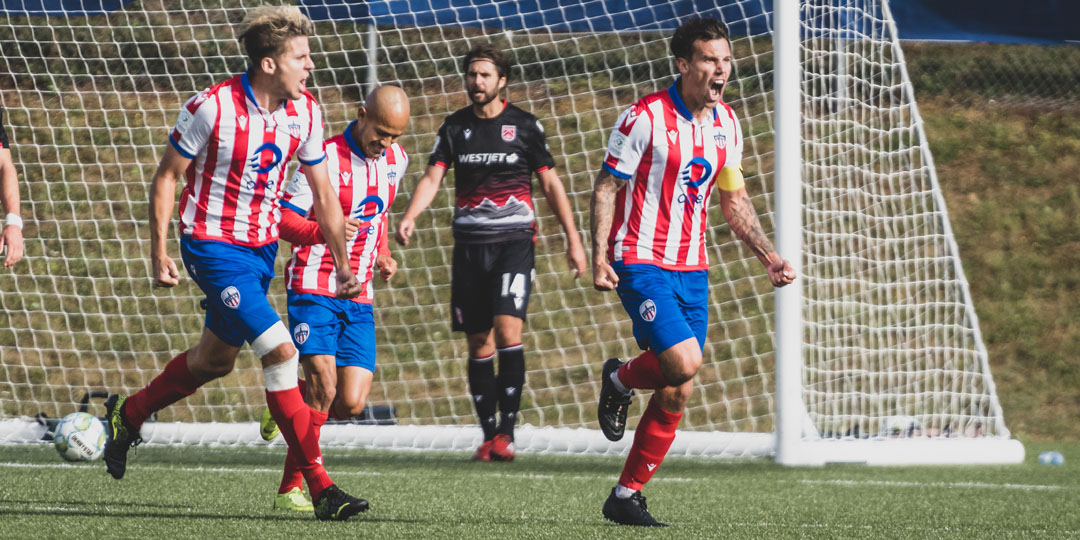 As the Canadian Premier League‘s bubble tournament gets closer to its final weekend of regular season of action, seven of the eight clubs know that a group stage spot is on the line: after all, those seven clubs are still within touching distance of securing a top four spot, with only FC Edmonton left on the outside looking in.

That result would see Forge FC, Cavalry FC, York9 FC, Atletico Ottawa, and Pacific FC level on points, but would exclude the Wanderers and Valour from postseason contention.


Unlike most tournaments, goal difference isn’t the immediate tiebreaker in such a scenario. The CPL has placed head-to-head records from The Island Games as the top tiebreaker, with four other factors coming in after that.

Should any of the teams in contention finish on level points (which is looking highly probable), we’d have to go into tiebreakers to determine who’s staying in the bubble tournament and who’s going home. Here’s how the Island Games tiebreakers factor in:

The tiebreakers are already in effect in the tight league table: Cavalry FC is ahead of York9 FC (second and third place, respectively) as they’re both even on points and don’t have a head-to-head record in the tournament yet, but Cavalry has the better goal difference. Similarly, Atletico Ottawa’s last minute win over Pacific puts them ahead of Pa Modou-Kah’s team by giving them the head-to-head advantage right now, despite having a worse goal differential.

At this stage in the tournament, few would have predicted that only three points would separate second place from seventh and that no team would have secured a postseason berth ahead of the final matchday. That being said, a Forge FC win or draw will guarantee their spot, with only two edge cases that require a sequence of results across the league potentially seeing the hammer eliminated.

There’s also the unique possibility that York9 FC could go the entire length of the tournament undefeated and still be sent home. Jim Brennan will face a tough bout against Cavalry FC, for whom his side has never beaten, to close out the regular season. The last meeting between the two clubs resulted in seven yellow cards and two ejections, so this year’s crucial matchup seems destined to be a real firecracker.


Whatever happens, fans are witnessing a level of parity that simply wasn’t present in the league’s inaugural season: Forge FC and Cavalry are still topping the table, but this time the other clubs have kept themselves within touching distance. The two-horse-race feeling of 2019 disappeared as The Island Games tournament went on, and now fans will enjoy (or sweat out) a final weekend of regular season action that will see seven teams in contention for a top half finish.

Whether any kind of tiebreaker is required or not, it’s going to be quite a wild finish to league play over in Charlottetown.

This article was written using data from Canucks Abroad contributor Brandon Que’s dataset which can be found here.