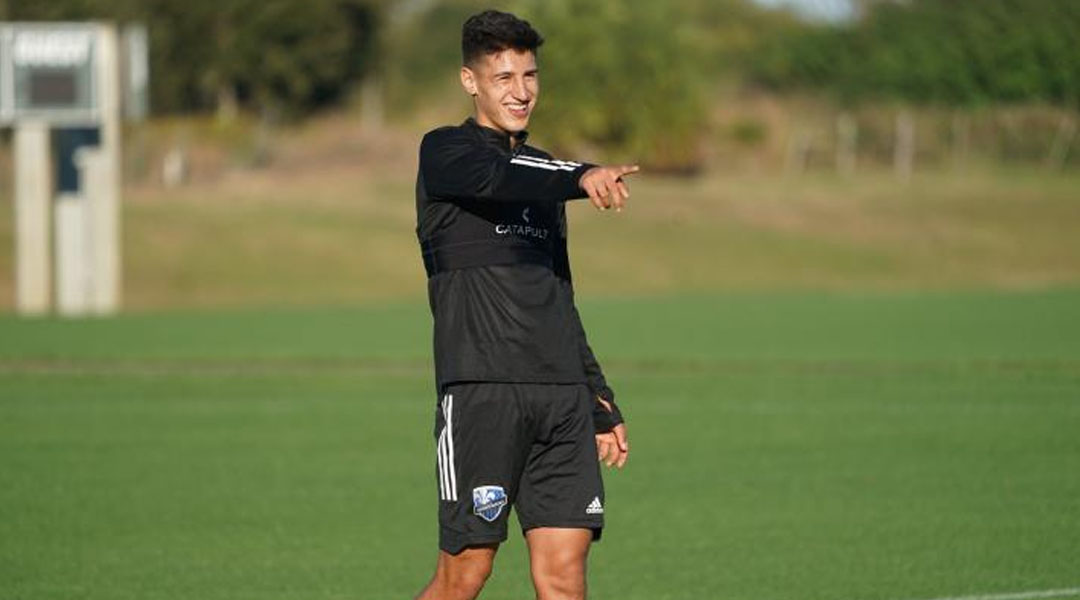 CF Montreal Sporting Director Olivier Renard has revealed that his Major League Soccer side will be sending a third youngster to the Canadian Premier League for the upcoming season.

Speaking during a press conference this morning, Renard revealed that the club has come to terms with an as-yet-unnamed CPL side to take in 17-year-old Canadian-Columbian midfielder Tomas Giraldo for the 2021 Canadian Premier League season.

CF Montreal signed the 17-year-old to a professional contract last summer after he spent six years developing with the Impact Academy. Prior to that, the Medellin-born midfielder had played for local Montreal-based sides Braves d’Ahuntsic and FSS Salaberry after arriving to the country at the age of eight.

Giraldo appeared for the Canadian U-17 squad in the FIFA U-17 World Cup two years ago, coming on as a substitute for Toronto FC’s Ralph Priso in a 2-1 loss to Angola. That squad featured fellow CF Montreal loanee Keeshean Ferdinand – who signed for CF Montreal at the same time as Giraldo – and former CPLers Gianfranco Facchineri and Julian Altobelli.

Prior to that, he appeared in the Concacaf U-17 Championship for the Canadian U-17 side, too.

Since both of those moves include a recall option for CF Montreal, it is likely that Giraldo’s loan move will be the same. Giraldo is now in the final year of his current contract, with his parent club having the option to extend it for an undisclosed number of further years.

This offseason has also seen academy product Cedric Toussaint join the league on a multi-year deal with York United.

Renard did not disclose which CPL club Giraldo will be joining for the 2021 Canadian Premier League season.