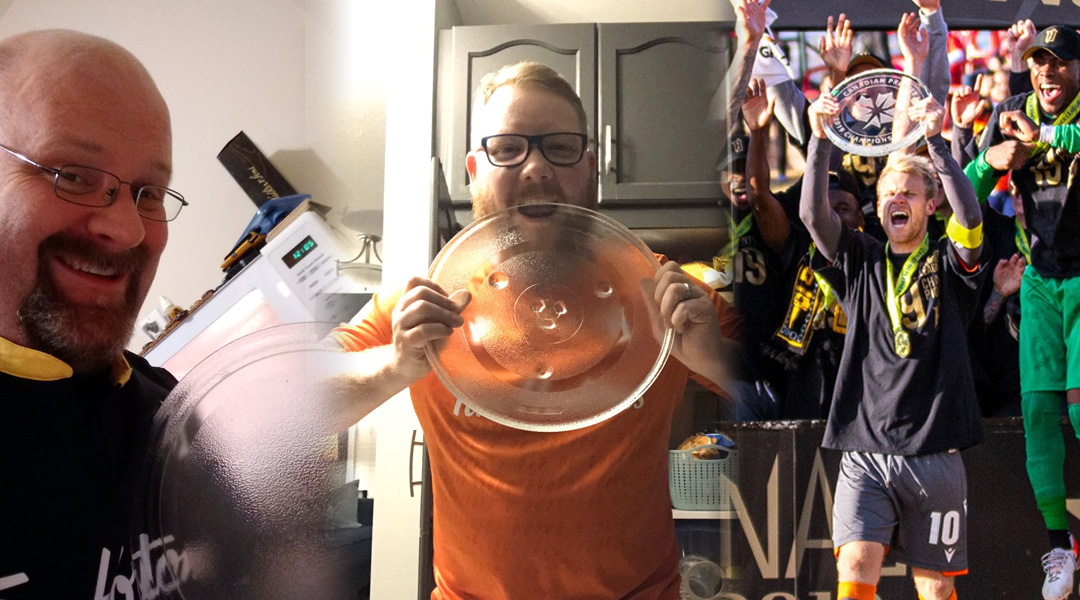 The second leg of the Canadian Premier League finals took place yesterday, and it culminated with Forge FC lifting the North Star Shield at Spruce Meadows as the first-ever league champions. The large crystal shield has proven to be a talking point among fans, with one fan suddenly getting the idea to take a microwave dish and hoist it like it was the shield.

Ridiculous? Yes. Good fun? Also yes. It caught on quickly. Here’s a few of our favourites:

Another creative one came from a few Saskatoon fans who wanted to practice a little shield-lifting action ahead of the expected 2021 CPL expansion team (though you’ll have to excuse their language, they’re pretty excited):

Even a Halifax Wanderers supporters’ group got in on the fun with a nice little Photoshop job:

When the shield arrives home to Hamilton, it will eventually find its other half in the form of a Canadian maple base which pays homage to Canada’s official arboreal emblem. The base will also include the names of the Forge FC staff and players, and will be forever the club’s to keep.


Of course, that’s not the only award heading to the hammer this month: attacking midfielder Tristan Borges secured himself the golden boot, which is one of five individual awards to be presented by the league later on this month. Crafted by Inuit artists from Cape Dorset, the unique soapstone carvings are a beautiful sight to see – and Borges can potentially win up to two more of them, too.

Whether they traveled to Calgary and hoisted the shield with the players themselves or lifted a microwave dish across the country in Hamilton, the Canadian Premier League spirit is alive and well in the ambitious city and beyond. Forge FC will take the pitch in 2020 wearing brand new home and away kits, and they’ll feature a ceremonial badge to recognize the club’s accomplishment in becoming the first-ever league champions.

Fans curious to see more microwave dish action can look for it through the hashtag #CanPLTrophyChallenge on Twitter.

A special thanks to Joshua Mackenzie for pointing us in the direction of the good fun!