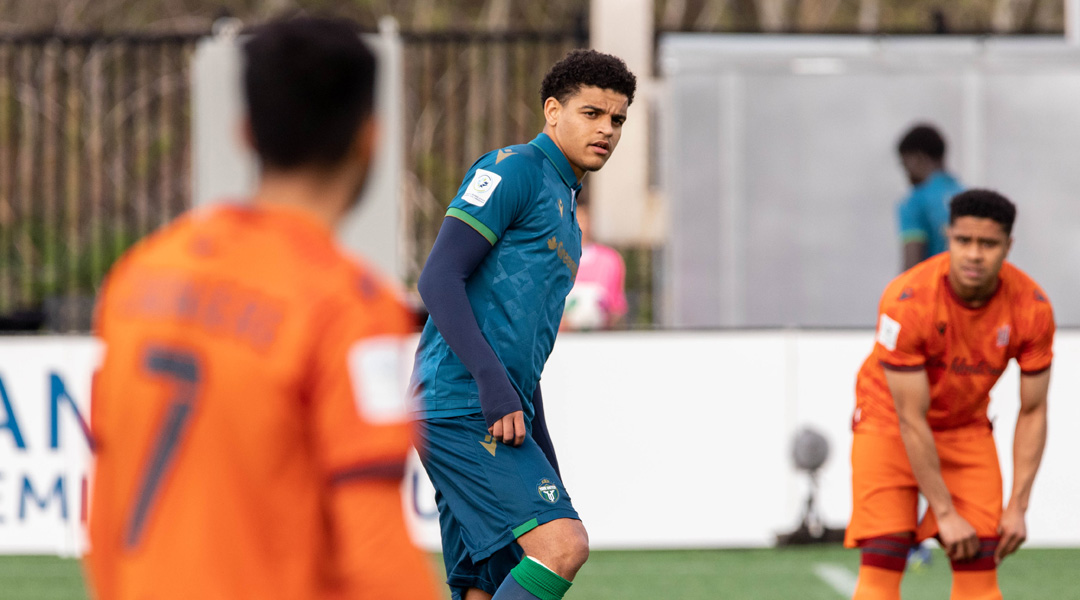 As pointed out by Charlie O’Conner Clarke last night, York United has become the first Canadian Premier League side to surpass the league’s new minimum of 2,000 minutes handed to domestic U-21 players this year.

York United rose to 2,139 minutes after their match against Cavalry FC this weekend, putting the Nine Stripes first past the post when it comes to trusting the kids – all of whom are on standard professional contracts at York Lions Stadium.

The Nine Stripes minute count was led by bulldog midfielder Isaiah Johnston, who has seen 619 minutes of action through seven appearances thus far. Goalscorer Osaze de Rosario is also racking them up, with the likes of Canada U-20 international Lowell Wright, Cedric Toussaint, and Mamadou Kane adding to the league-leading tally.

Second in the pack is Valour FC, who stand at 1,596 minutes to which a maximum of 1,000 minutes from on-loan domestic U-21 athletes has already been applied. It’s no surprise that last year’s golden glove winner Jonathan Sirois is leading the minutes for all eligible CPL athletes at 630, with fellow CF Montreal loanee Sean Rea not far behind.

Regardless of how many more minutes Sirois and Rea make, the rest of the minutes will need to made up by Jacob Carlos, Matthew Catavolo, and Matteo De Brienne. Valour looks very comfortable in that regard.

Related: CF Montreal’s Renard: ‘I Prefer To Loan Our Players To CPL’

Third and fourth in the standings are Alberta-based sides FC Edmonton and Cavalry FC, who stand at 1,371 and 1,046 minutes respectively. Interestingly, the Eddies have ten eligible youngsters on the roster, four of whom have yet to earn their first professional minutes.

The bottom half of the pack sees the Halifax Wanderers, Forge FC, and Pacific FC land between 841 and 604 minutes apiece, which still leaves them comfortably on track to hit the required minute marker by the season’s end.

Straggling behind is Atletico Ottawa at 263 minutes, and at the quarter-mark of the season they need to essentially double that pace to achieve 2,000 minutes. The club recently handed Jose Cunha his first full ninety, while Zakaria Bahous and Zachary Roy are collecting minute amounts of time: after ten collective appearances, they’ve accrued just 153 minutes of game time.

The minimum youth minute marker has doubled since the league launched in 2019, with the current and past seen both increasing the minimum through 500 minute increments.

There’s a long way to go until the 2022 Canadian Premier League season concludes, so it’ll be interesting to see how clubs manage minutes for young talent as the league’s fourth season progresses.