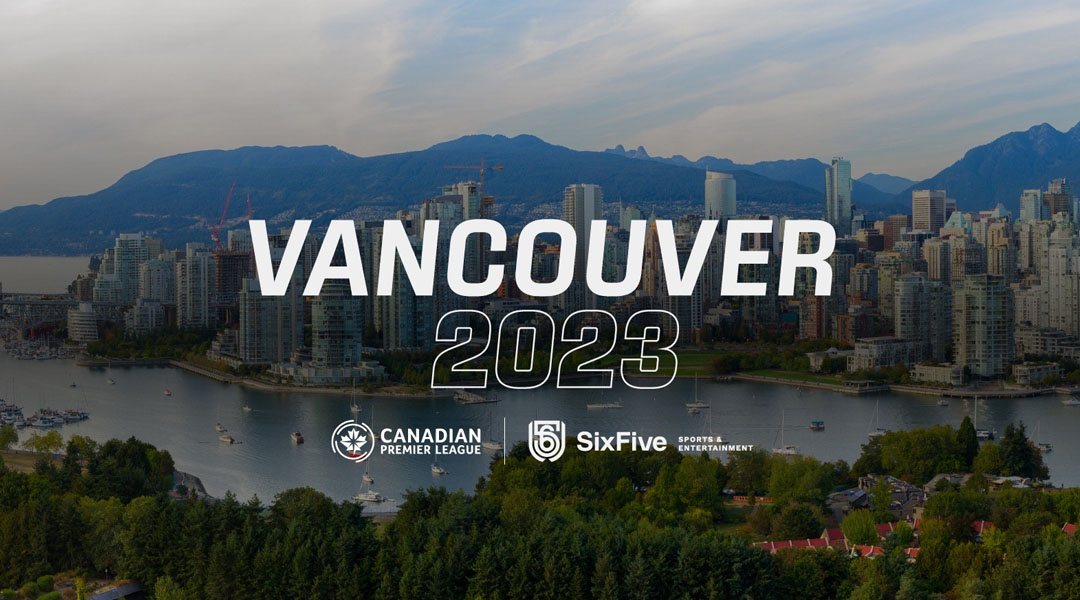 It’s been a great year of football news for British Columbian fans, who saw League1 BC announced last month, both Pacific and the Whitecaps reach the playoffs, and are now hearing that that 2023 will see BC become the third province to have more than one CPL team located within its borders.

The new Vancouver-based expansion club is owned by SixFive Sports & Entertainment, an ownership consortium led by a group of individuals who are quite familiar to Pacific FC fans: Dean Shillington, Rob Friend, and Josh Simpson lead the group, with Toronto-based Starlight Investments also listed as part of the SixFive catalogue.

Expanding into a great sports city like Vancouver is exciting. We look forward to working with SixFive to continue to grow professional soccer in Canada and create a solid foundation that will be the pathway for players to develop and showcase their skills in front of passionate supporters

The Canadian Premier League had teased today’s announcement with a video from Fabrizio Romano yesterday, spurring plenty of conversation on where the domestic division’s newest addition would be.

The club’s ninth expansion side has yet to determine a stadium location, with Shillington stating that the new Vancouver-based CPL team is still in talks with several municipalities. While many had thought that the likes of Surrey, Burnaby, or even Fraser Valley would land a team in favour of directly competing in close proximity with the Whitecaps, the ownership group seems to be focused directly on the city of Vancouver itself.

For now, however, fans will have to show patience as they wait to hear more.

We are currently speaking to several municipalities about a location and a potential new stadium for this club’s home pitch. Growing the league and investing in the Canadian game is our mission and we are thrilled to bring a new, fan-centric and energizing CPL team to Vancouver.

It had been previously rumoured by Transfermarkt’s Manuel Veth that three Bundesliga sides were eyeing an ownership stake for a new BC-based CPL club, though SixFive comes in as a domestic stakeholder. Veth had also once teased that there would be two club announcements set to come, which could give hope for fans still awaiting news regarding a team in Quebec – though Clanachan stated that there was still some way to go for that.

It’s also worth noting that before Dean Shillington, Rob Friend, and Josh Simpson launched Pacific FC in Langford, the ownership group had previously looked to establish a team in the lower mainland under the moniker Port City FC, with the CPL having renewed this trademark in October.

With the trio embarking with Pacific in 2019 instead, the Tridents reportedly held exclusive territorial rights over BC through to the end of 2020, with today’s announcement now free and clear of those terms – though there have always been longstanding rumours that part of the ownership group would eventually split apart with some of its members joining the mainland club when it launched.

While it remains to be seen if any of the trio officially depart one club for the other, one imagines that when the new expansion club gets underway, fans of each respective team won’t want to share executive team members who oversee day-to-day club operations.

When we spoke with former Eddies head coach Colin Miller about the prospect of CPL club landing a spot in Fraser Valley last year, he was a firm believer that such an area had more than enough support for a professional soccer club.

There’s definitely a market and it would be a well supported franchise in my opinion. I’m the colour commentator for TSN for the Whitecaps, and I genuinely believe there is a market in the Fraser Valley. As you can imagine, a lot of people have moved out of Vancouver because of the house prices and so on, so there’s a much younger demographic in the Langley area and in the Abbotsford area where I live, there’s a lot of young families moving out there. I genuinely believe it’s a real hotbed for football.

With two of the CPL’s first three years having come amidst a pandemic, it’s clear that the league has done wonderfully well to continue its expansion push: it announced Atletico Ottawa as its first-ever expansion side in early 2020, and then took its first steps into Saskatchewan earlier this year with a stadium-pending club announcement.

Canadian Premier League Commissioner David Clanachan also revealed that he’s in talks with four-to-six potential expansion clubs at the present, with the domestic league keen to continue its growth ahead of the 2026 World Cup.

While it remains to be seen where the Vancouver-based CPL team will ultimately land, today’s announcement comes as great news for the third-year domestic league. The CPL now rises up to ten teams, with two of them still yet to debut.