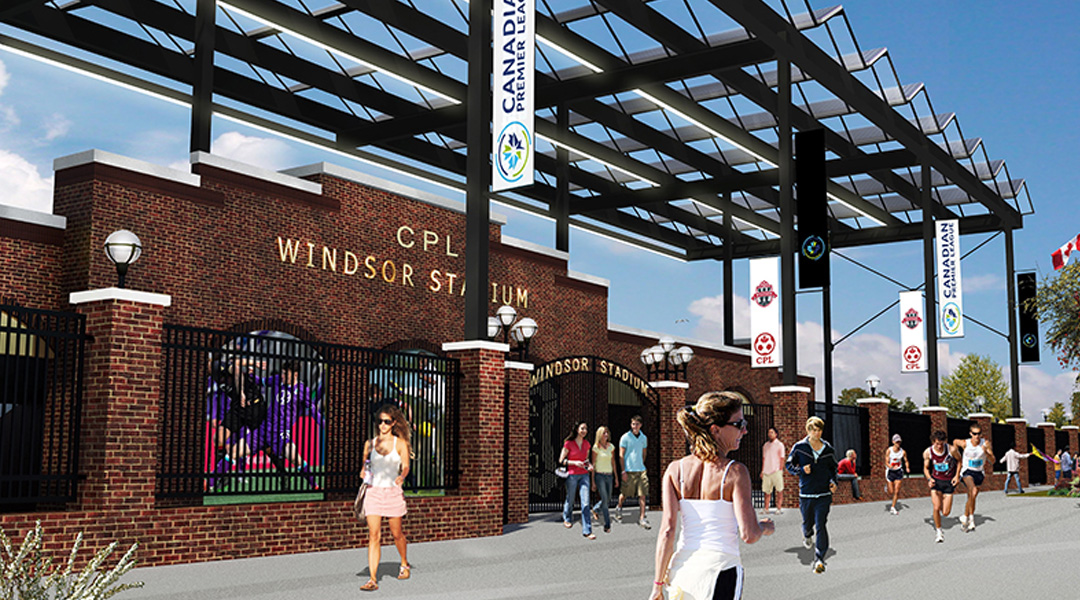 When Canadian Premier League commissioner David Clanachan stepped down six months ago, the sports executive did so with the ambition and blessing to launch his own CPL team right in his hometown of Windsor.

A new update from the Drive Magazine shows that Clanachan’s has now partnered with Vancho Cirovski for this expansion bid, with the duo setting a goal of launching a club time for the 2026 World Cup, though things could come sooner if the right pieces fall in place.

Clanachan’s new partner is both the owner of League1 Ontario side Windsor TFC and the managing director of Peak Consulting, a company that helps sports team improve their business and sports settings along with their internal culture. He’s the older brother of Clanachan’s childhood friend Sasho, who – like Clanachan himself – began his footballing journey as a child right here in Windsor.

Both have remained invested in the sport after hanging up their boots, with Sasho Cirovski presently coaching the University of Maryland and Clanachan having served as the Canadian Premier League’s commissioner for its first three years. He helped the fledgling league burst onto the scene, add its first expansion team, and weather the pandemic without dropping any of its eight sides. Now returned to his hometown, he and Vancho Cirovski aim to bring professional football back to the City of Roses.

“I’ve had many say to me, ‘Why Windsor?’ Because that’s where I’m from. That’s where I started and learned much of what I was able to practice in business for so many years. I think it’s just a great part of the world. People appreciate those who put in an effort there for sure,” said Clanachan. “We’re not mercenaries. We’re from Windsor. Our reputations are there. This is a passion project for us.”

Cirovski and Clanachan have zeroed in on calling Windsor Stadium home, though the 3,000-seater stadium will need renovations and a capacity increase that could see it’s total seat count double. Located right in Jackson Park and built in 1929, it’s a venue with both great location and history behind it. It’s not locked in yet, but it’s a sensible venue for the venture.

“The vision of seeing Windsor Stadium jam packed with the pride of our entire community is something that I want to see and be a part of,” said Sasho Cirovski. “I grew up cheering for and idolizing the Windsor Stars. It’s where I found my passion to make a life in this beautiful game.”

The group is well-aware that they wouldn’t be the first consortium who have tried to bring professional soccer to the city of Windsor. The Windsor Stars had played in both the NSL and CSL, but didn’t click into permanence with the city. Still, Clanachan believes that a CPL team offers something different than any of the city’s soccer predecessors.

“The country has matured,” Clanachan said. “The game has matured around the world. It’s not as cliquey or as ethnicized, if you want to call it.”

The Drive Magazine reports that here are approximately 10,000 players registered in the Windsor-Essex region, which is where Clanachan’s expansion rights are eligible. Having zeroed in on Windsor specifically, it remains to be seen whether the city can sustain a professional soccer team in the country’ top flight league.

“It’s our job to get the message to people that the soccer community is one. The interest in a professional franchise has to be community wide,” stated Vancho. “We’ve got to build that interest and really drive the long-term perspective. It’s not a project for one or two years.”

The timeline for what could be the league’s eleventh team – Langley and Saskatoon are set to land in front of Clanachan’s team – shows that Windsor’s chapter in the CPL is at least two years away at a minimum, and it will likely be longer.

“It hasn’t really connected yet, so this is part of the task,” added Cirovski. “Dave’s made public the interest and intent and the condition that we need to find a location. He’s also communicated to the Essex County Soccer Association that we need to be unified.”

Clanachan says that if the stars aligned, Windsor’s very own CPL team could start playing in the spring of 2024, though he admits that’s a very tight window. Perhaps more realistically, he wants to see a professional team playing in his hometown by 2026, months before World Cup fever grips the country.

“This club is all of us,” Clanachan said. “This is not Clanachan and Cirovski doing this thing, this is everybody doing it. I’m a big proponent of that. Really, the only key to the deal for me is you’ve got to get everybody involved, passionate, and really supportive of the club. I think in Windsor, we’re pretty good at that. And then we’ll do the rest.”