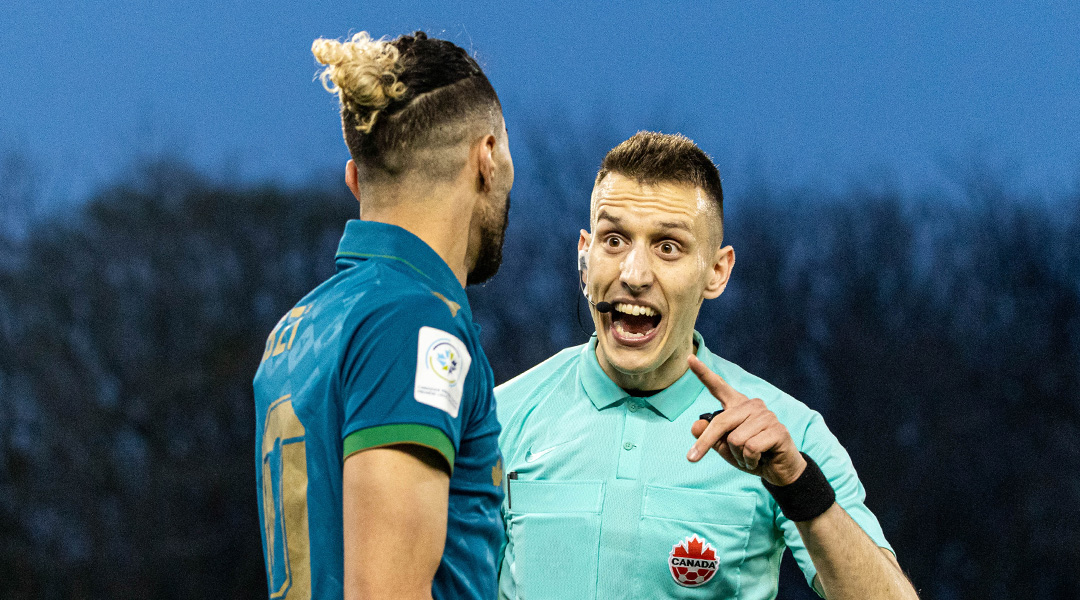 The Canadian Premier League has announced a change to its yellow card accumulation rule just hours ahead of playoffs.

The league has confirmed an agreement with Canada Soccer that will ensure players facing a match suspension for yellow card accumulation heading into playoffs will accrue a fine rather than an automatic suspension. Perhaps more importantly, this fine-over-suspension rule also applies to any player hitting their fourth yellow during the two-legged semi-final.

All yellow card accumulation is wiped out for the CPL Final, ensuring the final two teams have a full roster barring any injuries.

It’s important to note that this exemption does not apply to athletes who accrue an eighth yellow in today’s opening leg. The league statement lists four players in danger of this: Cavalry’s Daan Klomp, Forge’s Tristan Borges and Rezart Rama, and Atletico Ottawa’s Diego Espejo. Should any of them pick up a yellow card today, they’ll miss the second leg of the semi-finals.

“It is a priority for our league to have as many players as possible available to compete in the playoffs,” said new Canadian Premier League Commissioner Mark Noonan. “We are grateful to Canada Soccer for working with us to make this amendment possible, ensuring the CPL can put its best product on the field as our teams compete to become playoff champion.”

In regular season action, a player who hits eight yellow cards will face a two-match suspension, as midfielder Charlie Trafford – who leads the league in yellow cards with nine – had already served. Despite Tommy Wheeldon Jr. urging a plan to solve his clubs disciplinary issues, his side enters playoffs after accumulating an astounding 75 yellow cards in 28 matches.

The league states that the amendment was actually put into place over two weeks ago on October 1 and communicated to clubs prior to the end of the regular season, though it’s a head-scratcher as to why a public announcement was delayed.

The Canadian Premier League playoffs begin today with Cavalry hosting Forge, after which Atletico Ottawa will play away to reigning champions Pacific FC. It’s worth noting that all playoff matches are available for free on Telus Sports.

The Gloves Are Off: An Interview With Nathan Ingham