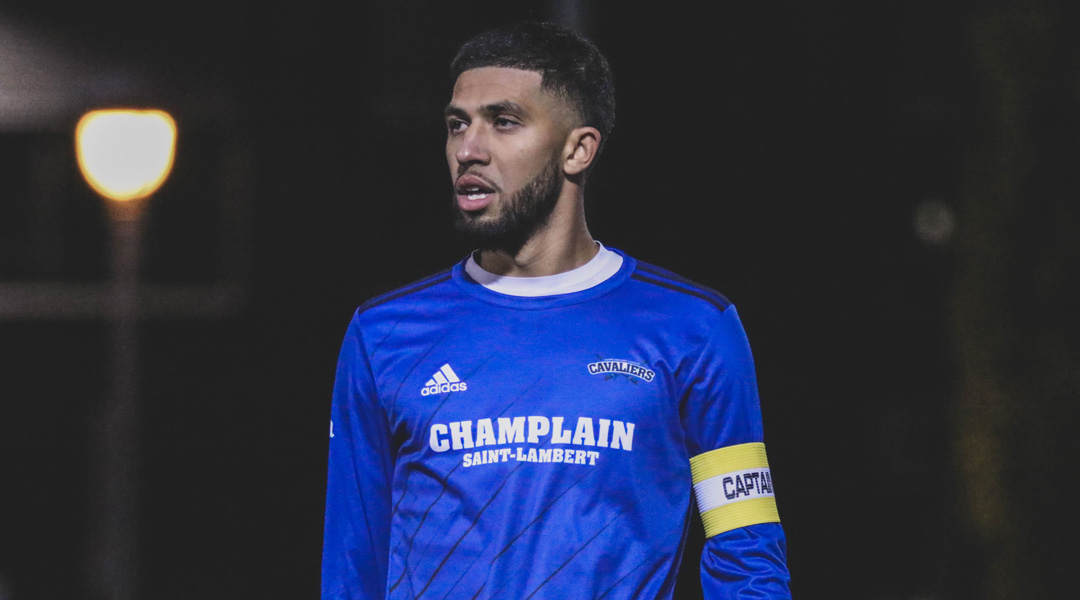 It appears that Zakaria Bahous is set for the Canadian Premier League.

The 20-year-old midfielder picked up agency representation by OBELISQ this weekend, who revealed that the CCAA and PLSQ youngster will be entering the professional circuit this year.

While some fans online had thought he may be inking his first professional deal as a CF Montreal prospect, OBELISQ co-founder Nicolas Martineau replied that Bahous hadn’t signed there, making a debut campaign in the CPL a near-certainty.

Last season saw Bahous wrap up his collegiate career with the Champlain College Cavaliers, where he scored an impressive ten goals in nine games en route to Player of the Year award from the Canadian Collegiate Athletic Association. The six-foot-tall midfielder had captained the side while also featuring in the PLSQ with FC Laval.

Despite his young age, Bahous has been a familiar face in PLSQ circles for some time: he joined his hometown team CS Longueuil in 2016, where he was described as a standout athlete for his vision and technique all the way back in 2018. Proving to be comfortable in several midfield positions, the versatile youngster has a high ceiling at the CPL level.

Zakaria is a player who has been turning heads for several years in the PLSQ. He is still very young, but he has been playing in this league since he was 15 years old and his maturity is obvious, both in his technical skills and his leadership on the pitch. He can play all positions in the midfield and has a history of scoring spectacular goals.

Bahous has played alongside many players who eventually ended up in the CPL during his time with CS Longueuil, like Mamadi Camara, Pierre Lamothe, and Mohamed Farsi. With two of those players eventually signing with Halifax, it’s worth noting that Bahous certainly fits the profile for the east coast side.

We’d heard that the 20-year-old received offers from multiple teams in the league, where he would count as a domestic U-21 athlete for the upcoming campaign.

OBELISQ represents a number of athletes who have made the jump from PLSQ to CPL, like Stefan Karajovanovic, Pierre Lamothe, Aboubacar Sissoko, Mohamed Farsi, and the recently retired Omar Kreim.

The agency’s website also now lists former Valour draft pick Yuba-Rayane Yesli, who wasn’t picked up by the CPL side last season. With Yesli now represented by OBELISQ, it appears likely that the six-foot-seven goalkeeper has signed a deal with the Winnipeg-based side – especially with Dos Santos aiming for less reliance on MLS-to-CPL loans.

While it remains to be seen where Zakaria Bahous ultimately lands, his first professional steps are a near-certainty to take place in the Canadian Premier League, where he’ll be hoping to make good on plenty of potential.