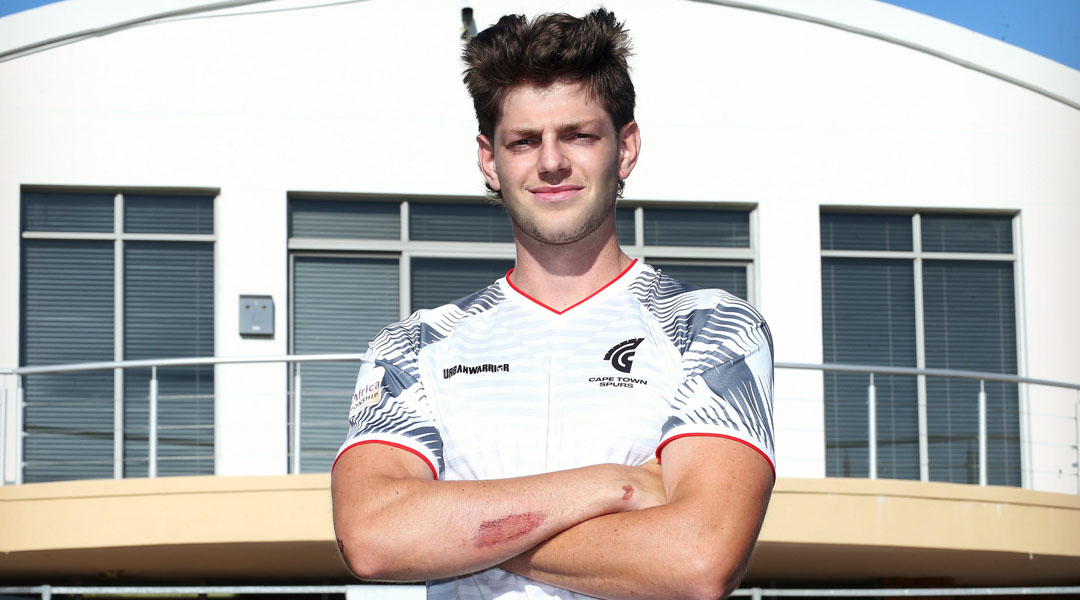 The 24-year-old centre-back joins the GladAfrica Championship side after taking his first professional steps with the Eddies in 2020. Described as a towering centre-back with good agility and technical ability, the six-foot-four defender will now do his best to help the Cape Town Spurs through the closing stage of the 2022-2023 season.

Gardner began trialing with the club in January after acquiring a South African passport. With ten matches left in the season, he now finds himself assigned to the first team with a slim window of time to make his mark. He’s used to the pressure.

Samuel’s professional career came through no small effort: after finishing university, Gardner went on trial in the USL with a Colorado Switchbacks side helmed by Alan Koch, though the lack of a spare international roster spot meant his time in camp came and went without a contract. He then ventured to Valour FC for an open trial alongside a university teammate, earning an invitation to a later camp through Rob Gale.

The outbreak of the COVID-19 pandemic saw Valour shift directions, but he had left an impression on Gale that would open an unexpected path to a pro deal in the domestic league through Jeff Paulus.

“The soccer community in Canada is small: Gale and Paulus talked during that time, and Paulus decided he wanted to sign me, so off to Edmonton I went.”

The Eddies gave Gardner his first professional contract ahead of the shortened Island Games season, where he was placed behind the likes of Amer Didic and Ramon Soria on the depth chart. An injury to the former in the opening match meant the young centre-back saw some game time in Charlottetown, where his first professional steps came in a condensed bubble format.

Gardner made his debut with the club finding itself 2-0 down to Atletico Ottawa after 20 minutes, replacing Kareem Moses on the pitch. He helped the side from going even further down, with the Eddies even rallying back to land a 2-2 result by the final whistle. He found himself used as a late game substitute in the next game against Halifax before riding the bench for the final three matches.

Following the Island Games, a move to Scandinavia was on the cards before the COVID-19 pandemic nixed such a move. The defender worked gigs in both the construction and film industries to get by in the meantime, keeping fit for his next playing opportunity.

Acquiring his South African passport – for which he is eligible through his father – opened new doors for such. Gardner landed a trial with the Cape Town Spurs not long after.

The 24-year-old has been in South Africa for about a month now, initially staying with his family further east in Durban before arriving to Cape Town. Having impressed enough to land his second ever professional contract, it’ll be interesting to see if the six-foot-four defender can collect some game time with the Spurs.

Before taking his first professional steps, Gardner had previously played in League1 Ontario for Master’s Futbol and Sigma FC with a stint in between with PDL side Kitchener-Waterloo United. During that time, he also cut his teeth in the NCAA with both Jacksonville University in Florida and Arizona’s Grand Canyon University, where he earned WAC All-Conference Team honours.

“NCAA specifically is something I think young players should pursue to grow both as a player and a person,” he reflects, “the demanding schedule requires discipline, and if you can crack it there both on and off the field you’ll be in good shape for a promising future.”

Gardner is now focused on securing himself that future and establishing himself at the GladAfrica Championship level, where a fast and direct style of play dictates the action both on and off the ball.

“The level isn’t too different from the CPL in terms of the technical side of the game. In terms of pace, it’s quick here in South Africa and you have to be tough mentally and physically,” said Samuel, “I think that will improve my game in the long run.”

It remains to be seen what will happen after the South African second division season ends in May. Gardner admits that he’d like to return to the Canadian Premier League as a new and improved player one day, but right now he’s solely focused on his new chapter with the Spurs.

“Really, I just want to focus on the here and now,” he says, “and see where this journey takes me.”