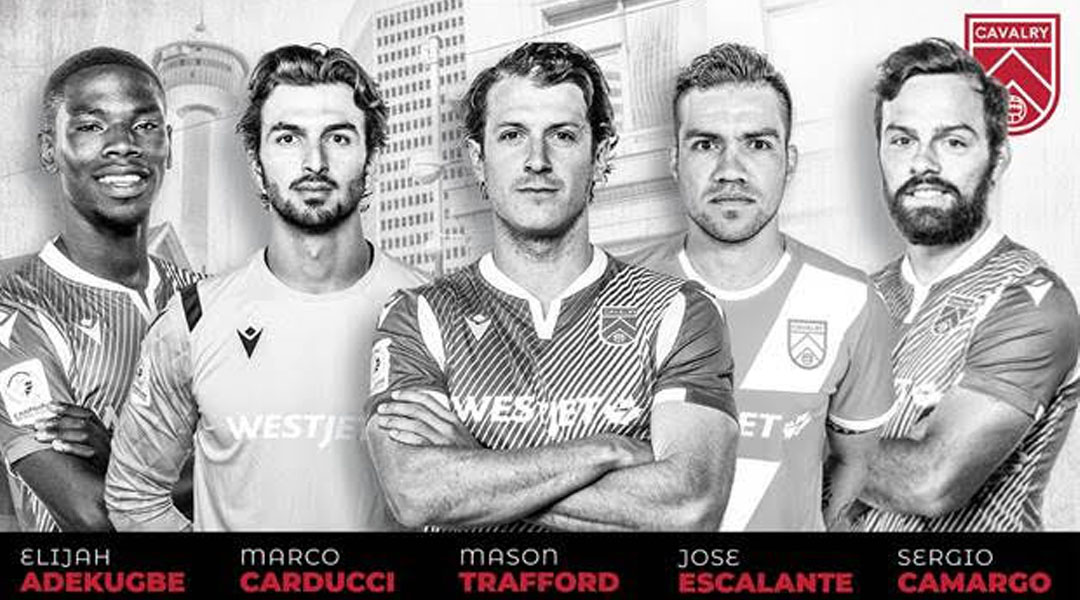 This afternoon, the club has confirmed that Marco Carducci, Mason Trafford, Elijah Adekugbe, Sergio Camargo, and Jose Escalante were officially on the books for the upcoming season.

Escalante’s return comes as no surprise given that he’s presently on loan with CDS Vida in Honduras, with the 25-year-old having previously revealed he would be returning to Canada this January. He was prevented from participating in the Island Games due the COVID-19 pandemic, but was a key cog in the Cavalry FC machine that won the spring and fall seasons last year.

Carducci has been the de facto number one choice for Cavalry FC from the get-go, picking up thirteen clean sheets from thirty-eight appearances over the last two years. He won a golden glove for his performances in the inaugural season, earning a call up to the Canadian national team in the process.

There have been some whispers that second choice goalkeeper Nico Giantsopoulos may depart the club, but nothing that Northern Tribune could confirm at this stage.

At 34, Mason Trafford has showed no signs of slowing down for the competitive CPL side: he appeared in eight of the club’s ten Island Games matches, leading them in clearances (24) and completing 377 passes for the club. Meanwhile, Elijah Adekugbe made nine appearances this year, scoring one goal and providing an impressive eighty-five percent pass completion rate.

While Camargo may have missed the entirety of the Island Games campaign through injury, the attacking midfielder still boasts the impressive record of nine goals in twenty-nine appearances for the Alberta-based side. With Oliver Minatel and Nico Pasquotti both recovering from long term injuries, a healthy Camargo will be a welcome sight for Cavalry FC fans.

Echoing the sentiment of fellow group stage contender Pacific FC, head coach Tommy Wheeldon Jr. stressed that continuity has been and will continue to be a crucial factor in the club’s success on the pitch:

Continuity is paramount to our future success and these core guys that have been here since day one. Their ability and mentality have helped shape our winning culture over the past two seasons. Something I’ve witnessed first-hand in their training habits, leadership qualities and how that translates into the memorable performances they’ve put on the pitch.

Thus far English striker Jordan Brown has been the only player to publicly depart from the club, having signed for German fourth division side VfR Aalen last month. That being said, Tommy Wheeldon Jr. told fans not to expect Aribim Pepple to return following trials with Sheffield United and Leicester City.

It is expected that former York9 FC midfielder Joseph Di Chiara will be a new Spruce Meadows arrival, though the club has remained quiet regarding the 28-year-old centre midfielder so far.

Cavalry FC did not reveal the financial compensation for any of the player’s contracts. The club has announced that pre-season training is expected to resume in early 2021.