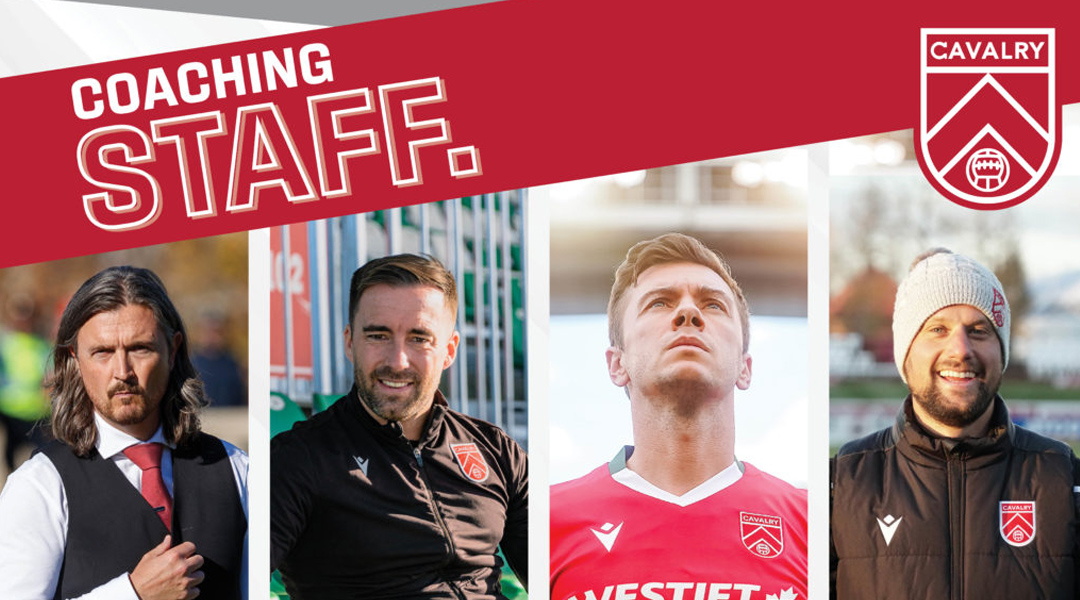 Canadian Premier League side Cavalry FC has announced its coaching staff for the 2022 CPL season.

Fans already knew that head coach and general manager Tommy Wheeldon Jr. would be returning for his fourth season in charge at ATCO Field, with the 2019 CPL Coach of the Year routinely coming ever-so-close to landing the side its first ever North Star Shield.

With his assistant Martin Nash having landed a head coach role with York United, the technical staff was bound to see some roster shuffling: The club has announced that Calgary Foothills technical director Leon Hapgood has been named as the club’s first team coach and technical director.

The Torquay, England-born coach has worked with Tommy since he arrived to the Calgary Foothills in 2007, where he helped develop talents like Sam Adekugbe and Charlie Trafford – an athlete rumoured to be in the scope of the club. Hapgood is described as an intelligent, attack-minded coach with plenty of enthusiasm for the game.

The Alberta-based side has also announced that Nik Ledgerwood will be joining the side as its assistant coach and community relations managed, with the recently-retired team captain keen to continue help the next generation following a stellar playing career.

Ledgerwood has been working on his Canada Soccer A-License, and will also work with the front office to help build relationships with youth clubs and organizations. He isn’t the only player-turned-front-office employee, with the club recently confirming that Mason Trafford would also be the club’s commercial director during what may be his final playing season.

Goalkeeper coach Jordan Santiago rounds out the technical staff roster, returning for his fourth season with the side. The Calgary-born goalkeeper has been a staple element of a club which has enjoyed plenty of clean sheets – and once rode the bench himself during an injury crisis.

It is expected that Cavalry’s Mauro Eustaquio will be joining Martin Nash at York United in a coaching capacity, though neither club has commented on the move as of yet.

The Alberta-based side has begun preseason training camp ahead of the 2022 CPL season, with several new faces still yet to be revealed. Cavalry will open its campaign with an away trip to bogey-team Atletico Ottawa on April 9.