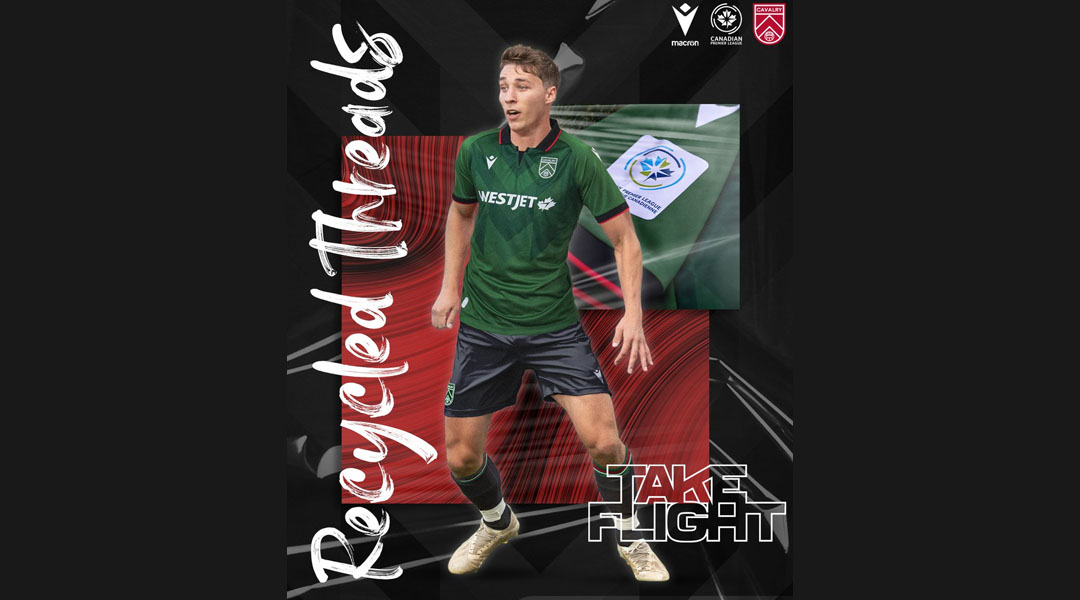 As Canada saw through its top of the table position in the third and final round of World Cup qualifying, Alberta-based Canadian Premier League side Cavalry FC gave fans their first look at the club’s alternate threads for the upcoming season.

Last night saw Cavalry FC reveal a return to a green look not seen since its 2019 alternate kit, with the club’s new away threads paying homage to the armoured regiment of the Canada Army, Lord Strathcona’s Horse (Royal Canadins). The sharp green kit also pays homage to the Alberta Foothills and the Rocky Mountains with a sleek geometric design on the front, while the lower back boasts the club’s flag logo in red with another nod to Lord Strathcona with the traditional lance of the regiment.

The green look with accents of red comes together nicely, and looks set to provide some nice alternate threads to the club’s new primary kit which revived the club’s regimental sash.

Last night also saw York United reveal its own alternate kit, with most of the eight CPL teams now having done so. FC Edmonton and Atletico Ottawa were the first to drop theirs, with Valour FC following last week. Only the Halifax Wanderers, Pacific, and Forge have yet to release theirs.

Forge are set to reveal their alternate look tonight at a fan event that will take place after a friendly against York United.

With the Alberta-based side now undergoing a full, proper preseason ahead of this season, head coach Tommy Wheeldon Jr. hopes to finally lay claim to a title in which the side has become a perennial contender. The club recently topped up its roster with two loans from CF Montreal, along with a third-choice goalkeeper in Julian Roloff.

Cavalry FC will begin its fourth campaign on the road with a trip to Atletico Ottawa on April 9.