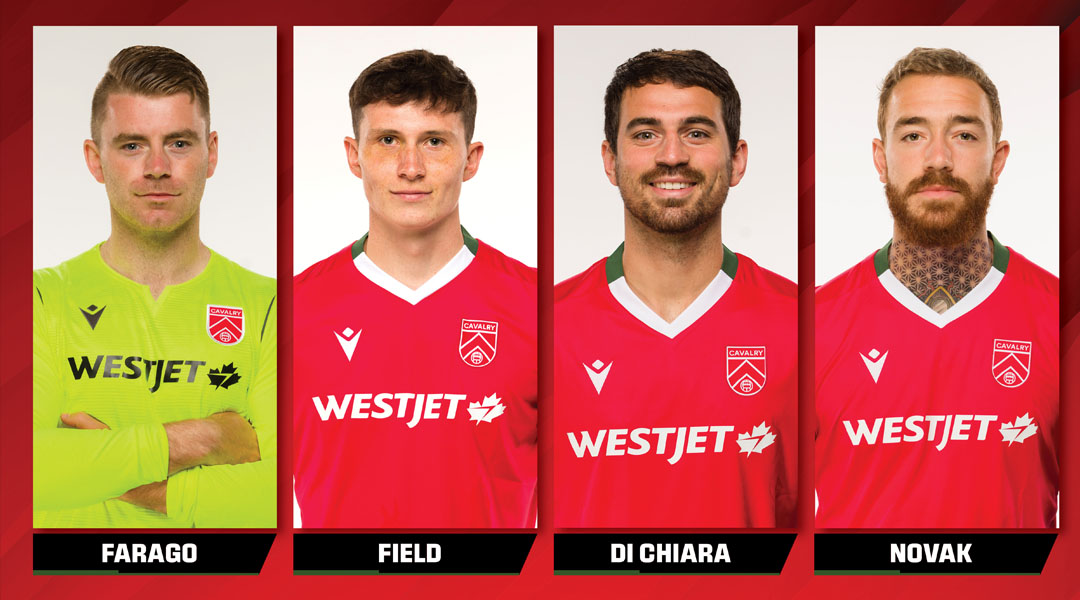 Just one day before Cavalry FC kicks off its Canadian Premier League campaign, the club has confirmed that it has no less than four player sidelined by significant-sounded injuries.

Tommy Wheeldon Jr.’s side has carried over a lot of roster consistency into its fourth CPL season, though the long-term loss of four players in a league with relatively small rosters is sure to be a blow.

The Alberta-based side announced that goalkeeper Tyson Farago will be sidelined for an undetermined amount of time due to a back injury suffered through an off-season car accident.

The 30-year-old shot-stopper missed the club’s preseason trip to Mexico as a result of this, with the side adding German goalkeeper Julian Roloff as a backup option to Marco Carducci, who had a recent health scare and may remain sidelined for a time, too.

Field is set to undergo surgery before beginning his rehabilitation process, while Joseph Di Chiara suffered an MCL injury and faces a 12-16 recovery period – though on a positive note, he’s expected back on the pitch before the season concludes. Novak suffered an ACL tear, and will be undergoing surgery with no set return date.

“We are disappointed for the lads as they’ve had a terrific pre-season and the work they did in the off-season was starting to show,” lamented head coach Tommy Wheeldon Jr., “we know that they will put in the work needed to get back as soon as possible and support the team as best they can, whilst we will do the same on their journey.”

The club states that it will continue to support its players through their recovery and rehabilitation process. Last year saw Elijah Adekugbe miss a full season of action after picking up a preseason injury, while The Island Games saw an injury to Nico Pasquotti ultimately lead to the end of his time with the club.

The side also announced the addition of 18-year-old local midfielder Skyler Rogers, who developed with the Foothills Soccer Club. He has inked a developmental contract with the team.

While it remains to be seen how long Farago is truly sidelined, the three knee injuries are a significant knock for the Alberta-based side. The club will kick off its fourth CPL campaign away to Atletico Ottawa this Saturday.