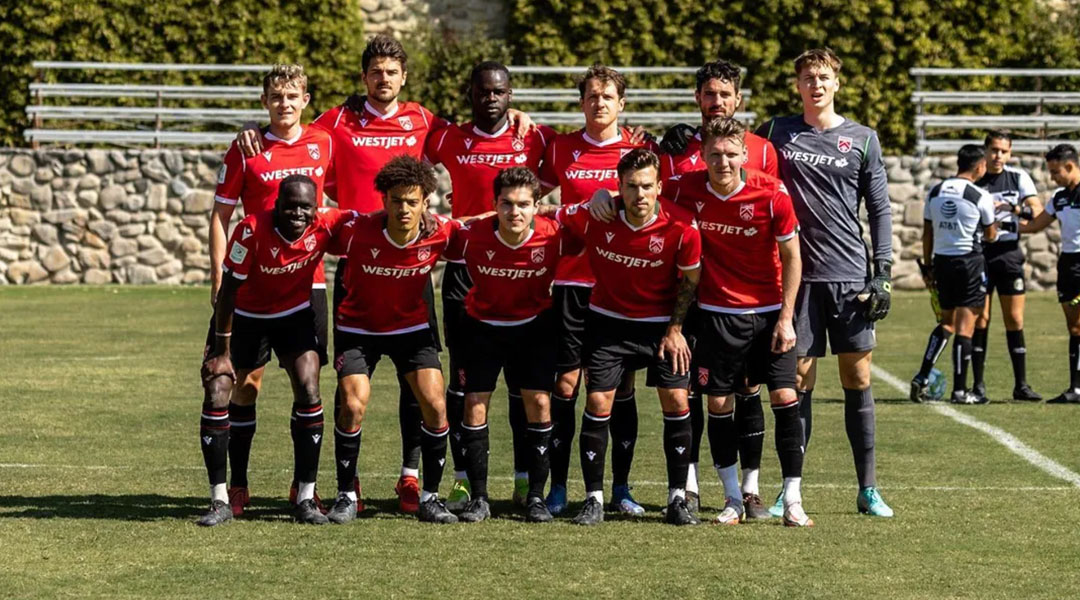 At this stage of preseason, Tommy Wheeldon Jr.’s Cavalry FC side is imprinting its final touches on the ‘moments that matter’.

The head coach recently spoke with the AFTN Podcast about the perennial title contender’s preseason progress, revealing that the roster hierarchy is starting to take shape as preseason enters its final stages.

“Everyone was getting that forty-five minutes earlier, but now some are getting sixty and others are getting thirty,” he said on the podcast. “Now it’s starting to get competitive, now you’re not playing alongside your teammate, you’re playing to compete against them for that April 9 start. I really enjoy this bit, because this is where you see something that data doesn’t show, and it’s edge.”

The club returned back from a preseason camp in Monterrey last week, where it got game time against three sides in mid-season form: a team from the third division, Correcaminos in the second division, and the Tigres B team.

Cavalry reportedly recorded one win, one draw, and one loss from the fixtures, though it isn’t clear which result is matched with what team.

For Tommy, the important part is that Cavalry got to test itself in a tough, Concacaf-inspired environment ahead of the team’s fourth CPL season with him at the helm.

“They were brilliant, and sure enough we have some tough pitches to play on and some interesting referee calls. It was an extremely valuable experience for us,” he added.

The team will be playing a few final preseason matches back in Canada, with a scrimmage against the University of Alberta preceding an away trip to face a selection of players from CF Montreal during the international break.

“Their first team is off. It could be a hybrid group, a younger group or an older group, we’re not sure yet, but we know we’ve got a game against them.”

Cavalry might wrap up its preseason with with a further game or two before the Alberta-based side kicks off its 2022 CPL season with a three-game road stretch, opening against Atletico Ottawa on April 9.

Tommy has liked what he’s seen from a refreshed Cavalry side that brought in some interesting additions this off-season: Fraser Aird seems a strong pickup from their troubled Al Classico rival FC Edmonton, whilst Myer Bevan returns to Canada as a young talent with a high ceiling. The loan of youngster Jean-Aniel Assi will turn a few heads, too.

“We think this new-look Cavalry team will have the same habits in that no matter who plays against us it’ll be their hardest game of the season,” promises the gaffer. “If you’re going to beat us you’ll have to be at your very best and hope for a bit of luck along the way. We’re hoping we’ll have a few more maverick things up our sleeve that people haven’t seen, and that comes from what we’ve been looking at in the off season and where can improve, and actually have time to work on it where we can have a preseason over 8-9 weeks.”

The club’s trip to Monterrey was initially meant to happen in 2020, though the outbreak of the COVID-19 pandemic saw the trip called off. The last two seasons saw Cavalry undergo shortened, domestic preseason camps, so ‘training in the shadows’ away from other CPL sides was high on the club’s priority list.

With just a few short weeks left before a full length Canadian Premier League season is underway, the club’s final roster spots will soon be hammered out.

The club recently added German goalkeeper Julian Roloff, who gives the team a third option behind Tyson Farago and Marco Carducci, who is recovering from surgery following a recent cancer diagnosis. Roloff also helps the side fill its required allotment of U-23 international talent.

The next few weeks will see the side hone in on the shape it takes both in possession and out, and how that looks in each half. There’ll be a focus on set pieces and some individual tweaks, too. After that, it’s game time.