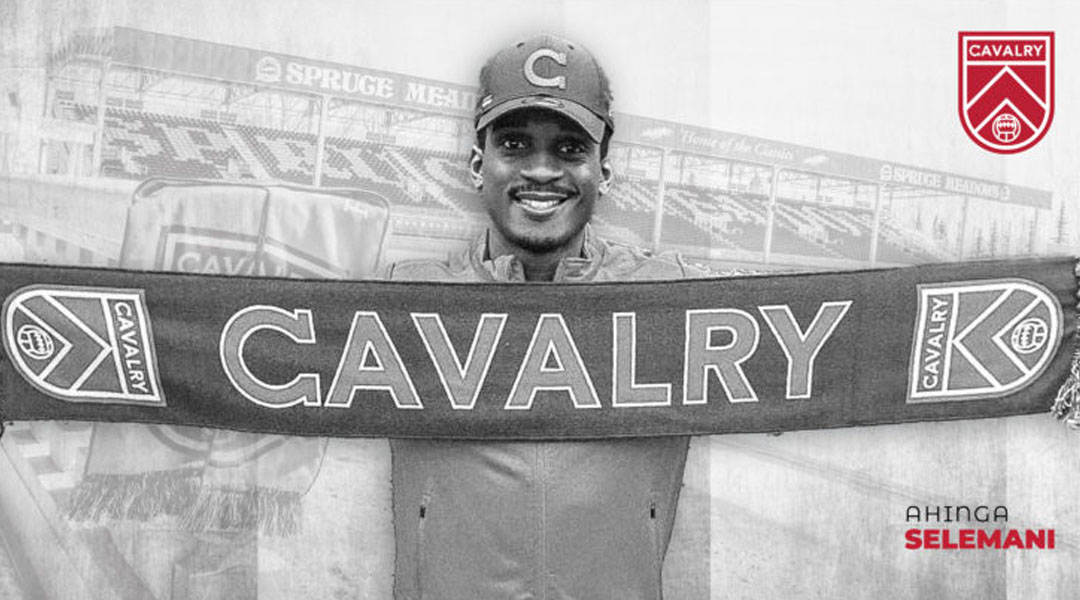 Born in New Brunswick but raised in Michigan, the 24-year-old forward joins the Alberta-based club after a short stint in Gibraltar with the Red Imps. The well-traveled dual citizen had appeared for the US national team up to the U-20 level, with the former NCAA athlete having also plied his trade in the Czech Republic and, later, in New Zealand deployed alongside former Valour man Dylan Sacramento at Hawke’s Bay United.

Cavalry FC head coach Tommy described Selemani as an exciting prospect who he feels can be a great fit for the team:

He has incredible pace and dribbling ability, combined with a decent goal-scoring record from his previous season, shows us he’s on an upward trend of his career. Aside from his ability, Ahinga is a great personality that will add to our club culture. We know he has had a good development pathway coming through NCAA and the US national youth teams, coupled with the fact he was born in Canada and counts as a domestic player makes his signing a no-brainer for us.

Joining Cavalry FC is an exciting moment and step for me and my family. I am more than thankful for the opportunity to be able to call ATCO Field home. I hope to continue to build on the momentum the staff and players have created over the first two seasons and to be successful as a group.

Cavalry FC did not disclose the length or financial details of Selemani’s contract.