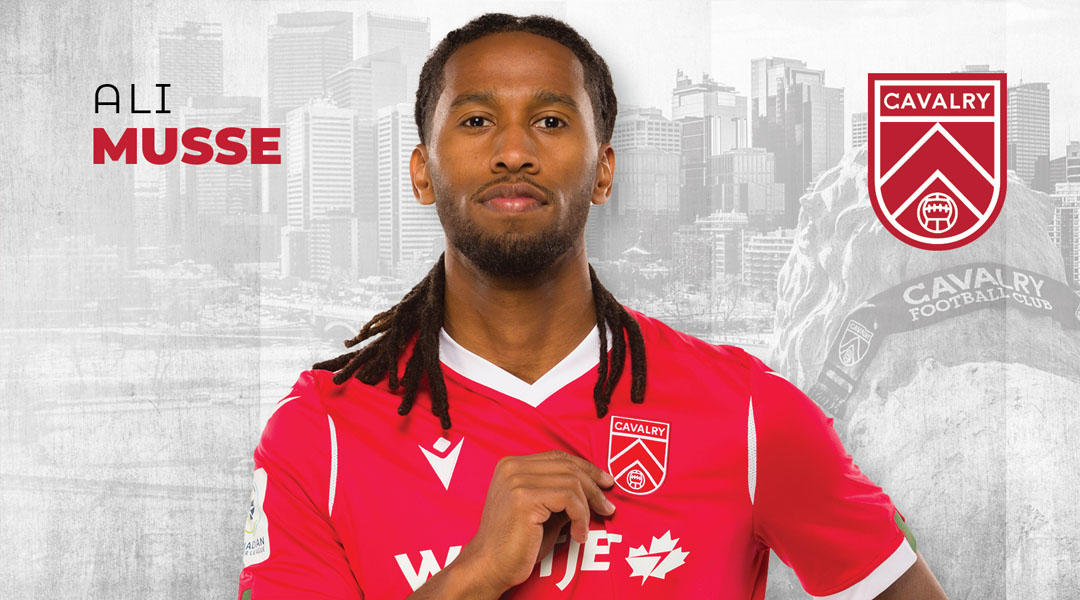 Canadian Premier League side Cavalry FC has added former Valour FC striker Ali Musse on a deal that could stretch into 2023.

The 25-year-old has arrived as a last-gasp signing ahead of the 2021 Canadian Premier League season, signing a one year deal that includes options for a further two years.

Musse is a familiar face to Cavalry FC boss Tommy Wheeldon Jr., having been part of Tommy’s 2017 and 2018 Calgary Foothills squads in USL2 action. In 2018, the team won the PDL Championship before several players followed Wheeldon Jr. to Cavalry FC.

Born in Somalia and raised in Winnipeg, the former Whitecaps Academy prospect inked his first professional deal with Valour FC shortly before the inaugural Canadian Premier League season. He went on to make 15 appearances under Rob Gale, contributing two goals and two assists before being released at the end of the season.

The 2020 season saw Musse sign with German seventh division sign FCA Darmstadt. Now returning to domestic top flight action, the centre-forward is eager to prove himself at the professional level once again.

I firmly believe he has the ability and mindset to make a difference. He’s a winger with pace and creativity that likes to take people on one-versus-one and has an eye for an important goal.

While the addition may be eyebrow-raising at first glance, the last time Tommy Wheeldon Jr. brought in a last-gasp intra-league transfer was with Marcus Haber, who scored the goal which sent the Alberta-based side into the group stage at last year’s Island Games.

Musse becomes the second former Valour squad member to sign on with Cavalry this offseason, with goalkeeper Tyson Farago having inked a contract January. All-told, the club now has seven players on its roster (including Musse) who have suited up for other CPL teams over the prior two seasons.

Tommy and I reconnected, he spoke about bringing me in, glad to say it went well. We have a bit of history together. Calgary has an amazing football culture and with that being said, it was a fairly easy decision to make not just for my football, but also for my family. It’s nice to be close to them. I am excited for the season and glad to be back in Calgary. I look forward to contributing to the team, and to hopefully winning another trophy here.

With 21 players now on the books, Tommy Wheeldon Jr. still has the roster space to sign a further two players ahead of the 2021 CPL season. Last week saw the gaffer bring sign two Calgarians to U SPORTS deals, one of whom had also taken part in the inaugural campaign.

With Cavalry FC securing some new international talent like Joe Mason and Daan Klomp, along with strong domestic signings like Joseph Di Chiara, Anthony Novak, and David Norman Jr. (among others), it’ll be interesting to see how 2019’s runners-up fare across the opening month-long bubble of the upcoming season.

Cavalry FC will begin its campaign with a match against York United on Sunday, June 27. The club did not disclose the financial details of Musse’s contract.