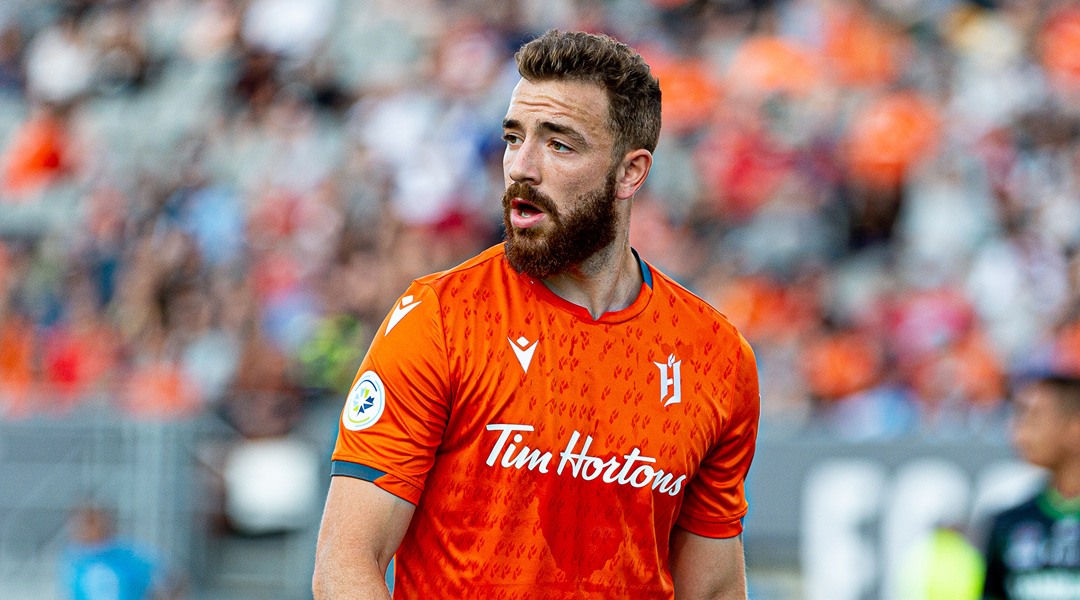 The first-ever intra-league move between Canadian Premier League rivals Forge FC and Cavalry FC is in the books: Anthony Novak is officially heading to Spruce Meadows.

The 27-year-old striker is one of at least two new domestic strikers brought in by Tommy Wheeldon Jr. ahead of the 2021 Canadian Premier League season following the mutual termination of Matias Roskopf‘s contract.

Novak had made 34 appearances for rival side Forge FC over the last two years, scoring eight goals in the Canadian Premier League. His most recent goal for the hammers saw them edge beyond Municipal Limeno in Concacaf League action.

This offseason saw him sign with Portuguese side Clube Condeixa, where he told us he had adopted a number ten role as he looked to keep climbing his career ladder. Having helped the Portuguese third division side to a fourth place finish, Novak is now set for a Canadian return in quite an unexpected manner.

Novak is an excellent addition to our squad. He was always a handful for our centre-backs and a proven scorer of very important goals in the CPL and Concacaf. He has the ability to link the play and combine or stretch the defensive line with runs in-behind. Not only that, but he is also a fierce competitor with a great work rate that loves to compete.

The Canadian Premier League has yet to shy away from its tentative late May start date, with Novak now set to join one of four CPL teams who have begun preseason training. While Valour and Pacific look close to this, it remains unclear what Ontario-rooted sides Forge FC and York United will do during Ontario’s extended lockdown.

Prior to today’s signing, perhaps the biggest rivalry move was when former Eddie Bruno Zebie crossed Al Classico battle lines to Cavalry, or when former Forge man Jace Kotsopoulossigned for York United ahead of The Island Games.

Before first venturing to the Canadian Premier League in 2019, Novak nearly left his playing career behind and had begun the process of signing up to be an infantry officer in the Canadian army. The League1 Ontario standout has since proved himself quite capable at the professional sporting level, with Cavalry FC fans likely seeing his signing as a coup.

Injuries had seen Cavalry FC’s roster reduced from eighteen to sixteen fit players this month, with Matias Roskopf’s contract being mutually terminated and Elijah Adekugbe suffering a season-ending injury in training. Novak now brings the number of athletes back up by one, and appears to be a quality domestic signing for the Alberta-based side.

Cavalry FC has already kicked off its preseason training camp along with three other CPL teams. Both Valour and Pacific are expected to begin in the near-future as well, though it remains to be seen what Ontario-based sides York United and Forge FC will do given the extended Ontario lockdown.

The length or financial details of Novak’s contract were not disclosed by the club.