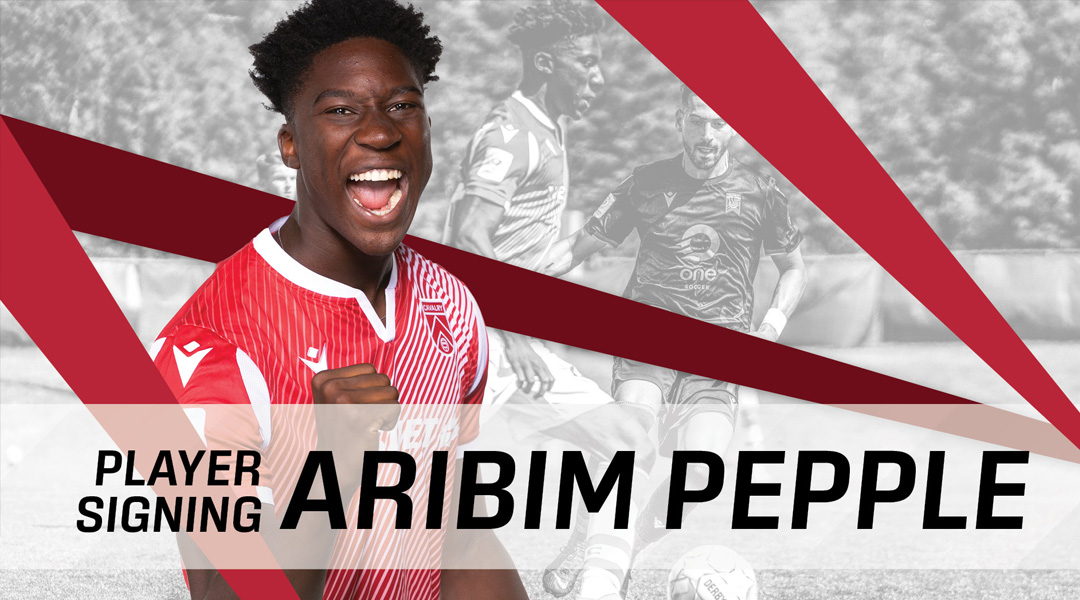 Cavalry has secured the return of Aribim Pepple for the remainder of the season.

The 19-year-old striker had most recently played for the Getafe U-19 team in Spain, where he scored a goal on his debut ahead of his prior year abroad. He returns to Spruce Meadows as a familiar face who had spent two seasons there after breaking through with the Calgary Foothills.

We are delighted to welcome back Aribim Pepple to our side. As a young player with great promise, his experiences in Spain and England have helped his game and maturity level vastly. As a U-21 domestic player, he has the opportunity to play meaningful games again for a club and a system he knows very well.

Pepple first arrived to Cavalry FC as a 16-year-old youth prospect after learning his trade through the Calgary Foothills, scoring five goals in his last five USL2 matches.

He’d go on to make 15 appearances for Cavalry throughout the next two seasons before trialing with both Sheffield United and Leicester City last year, at which point Tommy Wheeldon Jr. stated it would be unlikely to see him return.

After landing with Getafe last year, it’ll be interesting to see what the youngster has added to his toolbox as he completes his Spruce Meadows return.

He becomes the fourth domestic U-21 talent rostered by the club, alongside Jean-Aniel Assi (loan) Victor Loturi (full contract), and Skyler Rogers (developmental contract). With Anthony Novak picking up a season-ending injury, he’s a sensible addition to a roster in need of some additional depth up top.

“I’m looking forward to getting started and scoring some goals for the team,” added the youngster.

The Kettering-born youngster had also been invited to the Canada U-17 squad ahead of friendlies against Argentina and Mexico back in 2019.

Cavalry FC is bottom of the table after a tough opening stretch of three away games, though a home opener at Spruce Meadows this weekend might see a return to form.