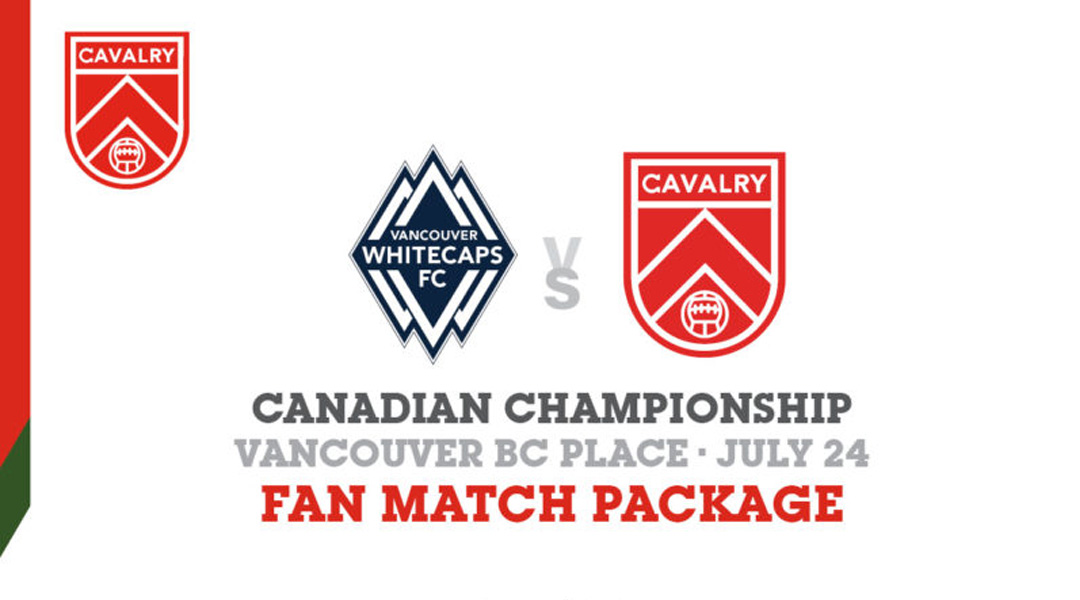 With CPL spring season champions Cavalry FC having beaten both Pacific FC and Forge FC in the Canadian Championship, the club is now due to face the Vancouver Whitecaps in the third round. The home leg on July 10 will be the first time that fans will be able to celebrate the spring season title with the club, but the away trip on July 24 will be an entirely different affair: Tommy Wheeldon Jr.’s side will likely be outnumbered in a way they’ve never been before.

Today, however, the club has announced a special away trip package for fans who can commit to a trip to BC Place, and it includes airfare:

For $899, fans will get a package that includes round-trip flights from the club’s kit sponsor (WestJet), a shuttle from the airport to the hotel (and vice versa), a stay at a hotel that’s within walking distance of BC Place, and a ticket in the Cavalry FC designated supporter’s section for the club’s away match against VWFC. It’s not a cheap trip at $899 per person, but it’s certainly a unique opportunity for fans of the Canadian Premier League side.

Still, many fans have pointed out that they believe it would be less expensive if they booked their own solo travel. Somewhere in here lies a joke about Cavalry FC ticket prices.

With a limited capacity of 40 people, the club will allow fans to purchase the package on a first-come, first-serve basis. This may encourage dedicated fans to jump in right away, though others may wait and see how the CPL side performs in the first leg before committing to such a venture.

With a coast-to-coast competition like the Voyageurs Cup, away support won’t often come in numbers – but it’s really neat to see a club’s front office put together a potential trip for fans that includes airfare, as expensive of an endeavor as that is in Canada. It’s also something that fans just might see again when it comes time for Cavalry’s away leg of the Canadian Premier League Championship.