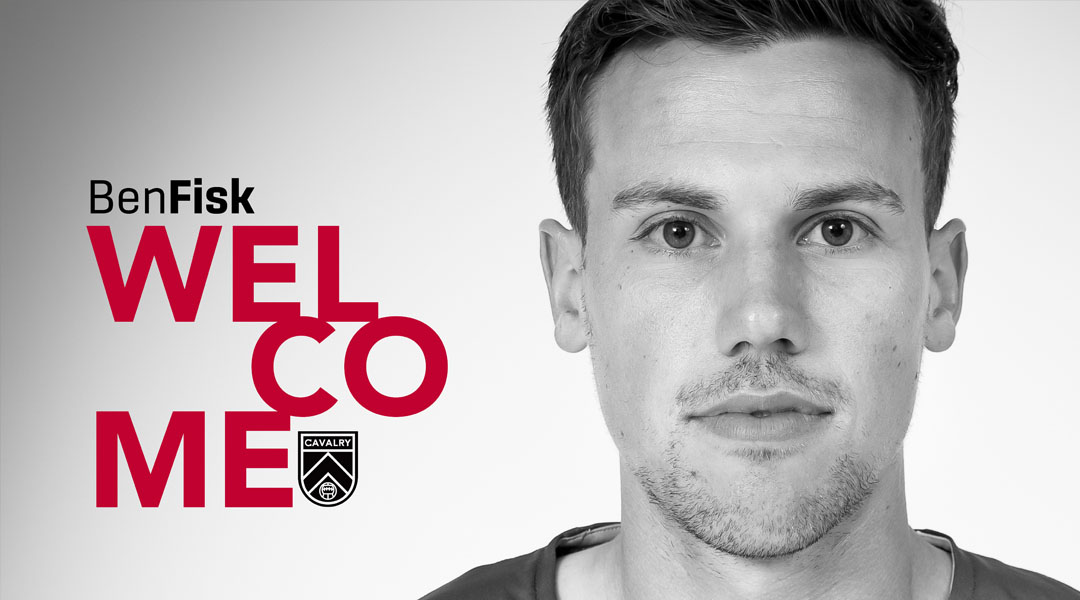 Canadian Premier League side Cavalry FC has signed Canadian midfielder Ben Fisk to a contract for the rest of the 2021 CPL season.

The 28-year-old now joins his third Canadian Premier League side, having also spent time with FC Edmonton back in its NASL days. He becomes the second-ever CPL player to sign for three clubs in the league after Duran Lee.

Cavalry’s latest reinforcement arrives with thirty-one Canadian Premier League appearances to his name, having returned to Canada from Derry City to sign with Pacific FC in 2019 before becoming the inaugural captain for Atletico Ottawa for the club’s debut season last year.

While many had expected Fisk to remain with the expansion club – including Fisk himself – the deal for Ottawa to re-sign the midfielder fell through at a time when other CPL rosters didn’t have the roster flexibility to add him. He kept his options open, and now joins Alberta-based side Cavalry FC for the remainder of the campaign.

Head coach Tommy Wheeldon Jr. has secured a number of high-profile additions to his team this season, including Championship veteran Joe Mason and intra-league arrivals like Joseph Di Chiara and Anthony Novak.

Ben is a great signing for us in terms of our current needs and is a proven attacking player at this level. He is a terrific professional, with a lot of quality, versatility, and personality that can play anywhere along with the attacking unit.

Fisk actually scored against his new club while captaining Atletico Ottawa last year, which followed an impressive 2019 campaign that saw him contribute six goals and five assists for The Tridents.

With Cavalry FC dealing with injuries and fitness issues with the likes of Ali Musse, Ahinga Selemani, Oliver Minatel, and Sergio Camargo, it’s looking like Fisk will likely be deployed as a very attack-minded option for the time being. His arrival also makes it less likely that forward Nico Pasquotti will arrive as a late reinforcement.

The club also added Foothills youngster Max Peipgrass to its roster yesterday, with the Alberta-based team now having signed 25 played for the season – though Elijah Adekugbe is out for the remainder of the year and developmental contracts allow for some wiggle-room with the 23-man roster size maximum mandated by the league.

It is unclear if Fisk will be available for tonight’s Al Classico matchup against FC Edmonton. Cavalry FC did not disclose the financial compensation of Fisk’s contract.