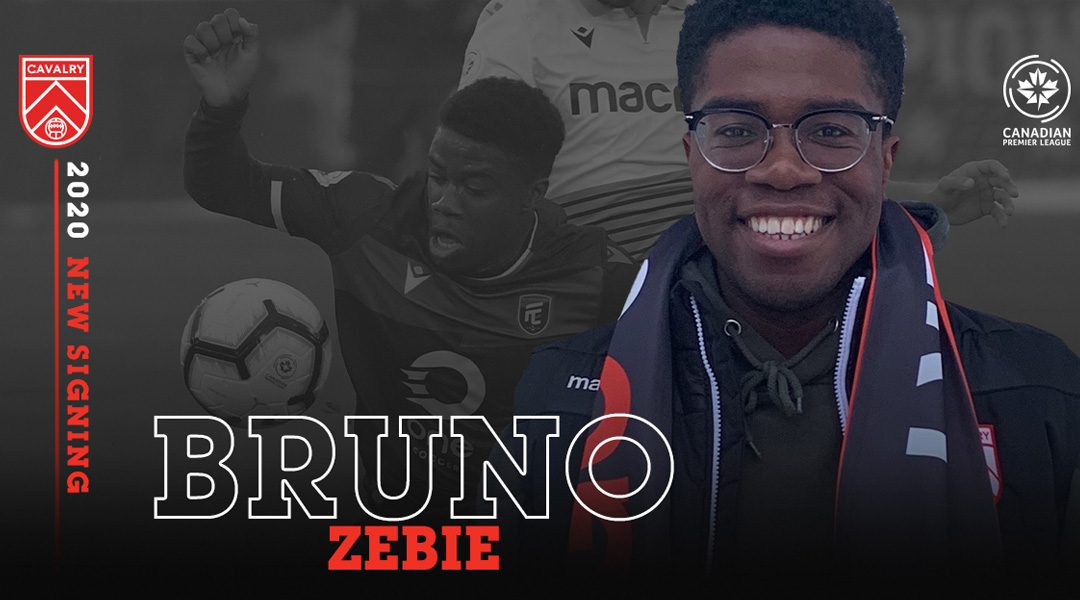 The move sees Zebie reunited with Cavalry FC head coach Tommy Wheeldon Jr, who he played under in 2017 and 2018 while with then-PDL side Calgary Foothills. The club gaffer revealed that he’d kept a close eye on Zebie throughout the inaugural Canadian Premier League season.


When he was released by FC Edmonton last November, the club felt the time was right to bring him back to Calgary as a depth signing.

We are delighted to sign Bruno for our 2020 squad. He adds such great depth to the team with his energy, passing accuracy and positional versatility not to mention he has a fantastic character that will only add to our strong club culture.  Having worked with him at Calgary Foothills in 2017 and the 2018 Championship season in the PDL, he was always somewhat of an unsung hero for the work he did for the team on and off the ball. We kept tabs on him through his season with FC Edmonton and felt, if he was available, it was right to bring him back to Calgary and add to our squad.

In his first year as a professional athlete, Zebie made 25 appearances for FC Edmonton and scored his first-ever goal against Pacific FC in the spring season. As an FC Edmonton Academy graduate, it’s fair to say the 24-year-old has close ties with both sides.

Being able to come back to Calgary to play for the Cavs was a very appealing prospect to me. love the city, the fans and what made the decision easier for me was the fact that I’ve worked with the coaching staff and many players before with great success.

The first ever roster move between the Al Classico competitors brings with it another potential first: given that Allan Zebie re-signed with the Eddies, Bruno may become the first player to play against his sibling in the Canadian Premier League next season, too.

Several members of the club’s core roster are also returning, with the likes of Nik Ledgerwood, Marco Carducci, Sergio Camargo, and Nico Pasquotti all re-signing. That being said, the sale of Joel Waterman to the Montreal Impact and the departure of Julian Buscher means that there are still some big shoes left for Tommy Wheeldon Jr. to fill.

The financial compensation for Bruno Zebie was not disclosed by Cavalry FC.