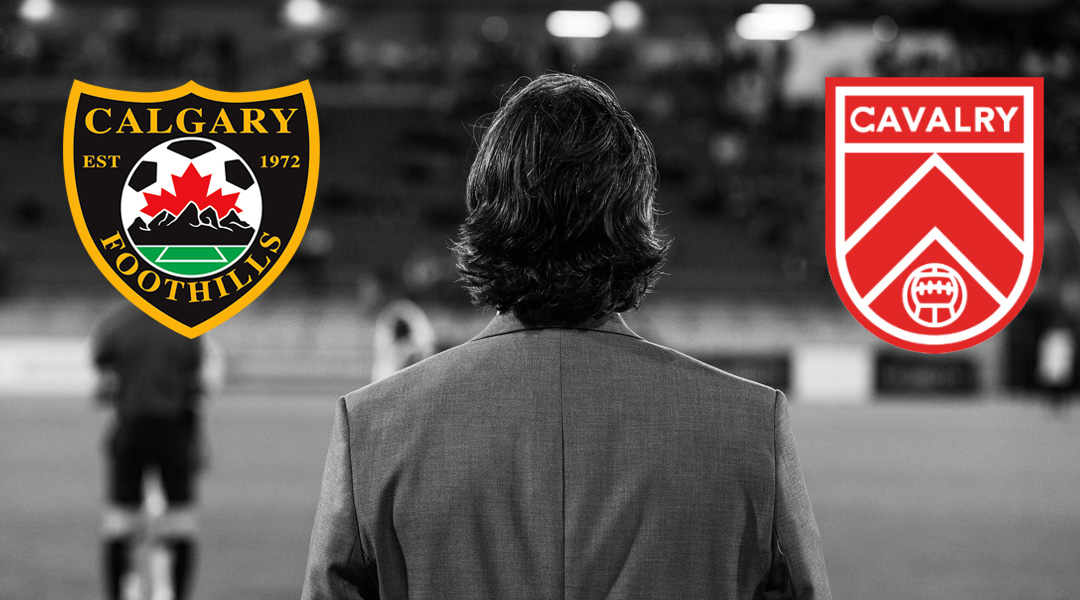 With Cavalry FC having won the spring season and finding itself in a two-horse race for the fall against Forge FC, many fans have credited the Calgary-based club’s early success to its strong foundation with the Calgary Foothills (and Forge, similarly, with Sigma). For head coach Tommy Wheeldon Jr., that’s an oversimplification of his team’s success.

Cavalry FC currently has fourteen players that come from the Calgary Foothills, a club which competes in the USL2 (formerly called the PDL). Despite losing the bulk of its roster to Cavalry FC this year, the club still managed to finish in the top spot for the Northwest Division. Tommy Wheeldon Jr. himself had been a part of the club since 2007.


For Tommy, however, simply saying that Cavalry FC’s success is due to its Foothills recruits being able to make the jump up to the professional level as a collective is a gross oversimplification of the work that went in to forming a team that ousted the Vancouver Whitecaps from the Canadian Championship:

I think it does undersell the work that we’ve done this season, really to be able to come to these places, it’s a different beast than it was when we played in the PDL, but I think we’re more sophisticated now. It’s a long, long season. There’s a lot of travelling. We’ve had to up our game and sports science recovery, nutrition, scouting analysis, so a lot more work should be credited to the staff behind the scenes as well and our ownership group for the investment in what we do in our training. It can’t just be deemed ‘oh, it’s that’s because they had that’.

As stated before, both Cavalry FC and Forge FC have largely drawn from one feeder club that plays at the semi-professional level, which means that players already have an intimate understanding of how their teammates operate. Tommy, however, thinks that if the recipe for success in the CPL was as black-and-white as this, other clubs would have had different fortunes throughout the inaugural season:

We had 50% of our side that played together, but look at Pacific. They’re basically ex-Whitecaps players who all played for their USL2 team, so how are they different? Rob Gale has a lot of U-20 Canadian internationals, and they played together. I think we get deemed that that’s why. No, we did a lot of work in preseason to build that chemistry, because if you have one set of staff here, and then you bring in a whole new group, if that doesn’t mesh together you haven’t got a team. You’ve got a divide.

Throughout the inaugural Canadian Premier League campaign, Cavalry FC has become the team with a reputation for finding a way to win. Where other teams finished with draws or failed to come back from a goal down, Cavalry FC would score late in the game, consistently turning one point into three. This propensity for late game goals was what triggered the league’s best naturally-developed rivalry in the first place.

It’s something that appeared to be on the cards last weekend when Cavalry FC found itself two men down in one of the Canadian Premier League’s most dramatic matches so far. Despite only have nine players on the pitch, a dazzling run across the box from Nico Pasquotti allowed him to drill in a shot to the far side beyond Nathan Ingham, giving Cavalry FC a lead which it held on to until the 96th minute.

Tommy was convinced his nine man team would have eventually won the match if they hadn’t run out of time, and he credits that confidence to the never-say-die culture of the club itself:

We worked a lot on our team culture from the get-go, over tactics, and then as we’ve gotten better now you’ve seen that we can play a very good 3-4-1 as one of our tactical playbooks. That’s what sets us apart. It’s our culture. […] Yeah, absolutely we had a good base, but I remember when we put it together the first rumours that came out were ‘you’re putting a lot of faith in those guys coming through’, you know? Like [Pasquotti], and Zator, and Elijah Adekugbe, guys that played there. But when you believe in the character and abilities of these players as we’ve seen, that’s what I wanted to go to war with.

Tommy Wheeldon Jr. had stated in the spring season that Cavalry FC would be taking another look at the Foothills to see what reinforcements it could pull in for the fall, and this eventually included the likes of youngster Aribim Pepple and former Foothills captain Tofa Fukunle, who had actually trained with the Canadian Premier League club during its preseason in Punta Cana.

Regardless of what one thinks about Cavalry’s early success being related to the Foothills, it’s clear that Tommy Wheeldon Jr. and the Cavalry FC coaching staff have done a remarkable job in curating a squad of players who are difficult to break down, a threat in front of goal, and who – as Tommy joked – can evidently whip out a 3-4-1 when needed.


Having won the spring season, Cavalry FC was the first time to book itself a spot in the Canadian Premier League Finals. Last weekend’s results brought confirmation that the the club will square up against Forge FC to determine the inaugural winner, with the finals taking place over two legs on the last weekend of October and the first weekend of November.

The winner of the fall season gets to decide whether to play home or away first, and that regular season title is still ultimately to be decided between Cavalry and Forge, who still must play each other twice in the regular season. Given how heated their previous meetings have been, it wouldn’t be surprising to see a few former Foothills and Sigma players collect some cards in the near future.