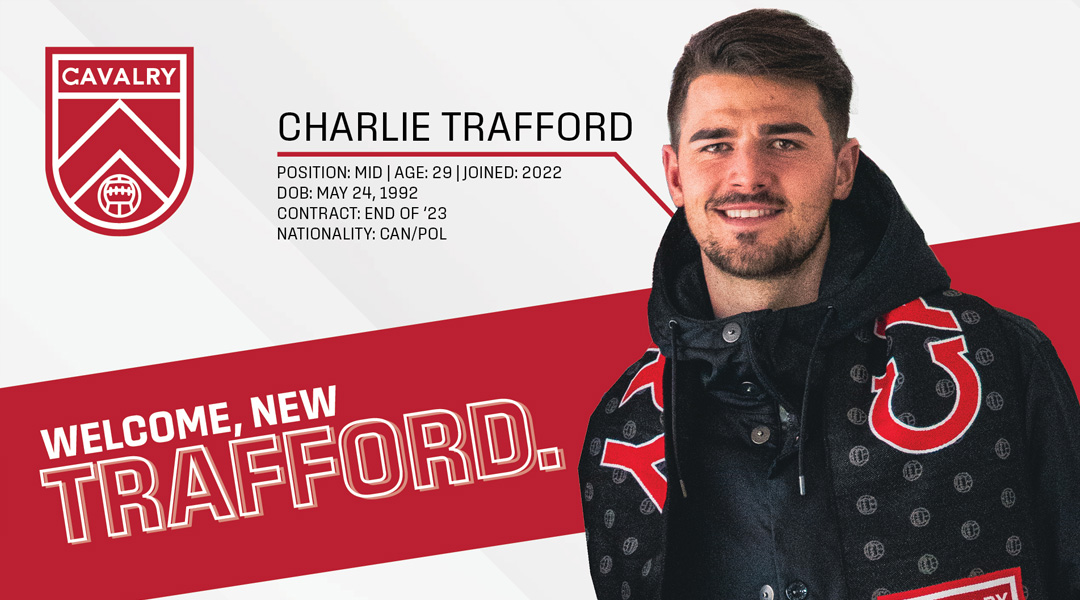 The 29-year-old has been will be hoping to secure some good gametime at ATCO Field after reuniting with Tommy Wheeldon Jr. back where his career began.

The move has largely been expected ever since the club re-signed Mason Trafford and showed that his kit name was being printed as ‘M. Trafford’ as opposed to just ‘Trafford,’ as it had been since 2019.

“Tommy and I have talked about this moment for over ten years,” said the new Cavalry midfielder, “it’s a special one to finally make happen. It’s special for me coming home, getting to play in front of my friends and family, suit up with Mason, and be a part of this special organization. We’re here to win championships, so it’s time to get to work!”

The midfielder has spent his entire professional career abroad, signing on for a short-term contract in the Netherlands before playing for a trio of Finnish clubs in IFK Marihamm, TPS, and KuPs, winning the 2014 Play of the Year and Goal of the Year awards with the latter.

He then made a high-profile move to Polish top flight side Korona Kielce, but struggled to adapt to the new level and left after making just three appearances. He dropped down to the second flight with Sandecja Nowy Sacz before returning to Finland to sign with RoPS.

Trafford’s time in Finland was short, with the Canadian midfielder transferring to Scottish second division side Inverness Caledonian Thistle not long after that. A strong start eventually gave way to inconsistent gametime, with Trafford departing for Hamilton Academical in 2020.

The Calgary-born midfielder most recently signed with Wrexham, the fifth division side catapulted into the spotlight by the ownership duo of Ryan Reynolds and Rob Mcelhenney. Despite impressing at trial, Trafford departed without making an appearance for the non-league club.

Trafford has also made three appearances for the national team, with his first call-up seeing him named to replace Kyle Bekker ahead of his debut against Ghana a few days later.

He now returns to Calgary, where he won a National Youth Championship with a Tommy Wheeldon Jr.-led Calgary Foothills back in 2009. Before turning professional, Trafford had also been part of the Whitecaps Residency program and had spent a season with York University.

This is a proud moment for me to be able to bring Charlie back to Canada to play for his hometown team here in Calgary. It’s been great to witness his growth as a player and human being throughout his time in Europe and into the national side over the years. Now, the timing is perfect to bring him home and help write another exciting chapter together as we continue to improve as a team and grow as a league.

Tommy describes the midfielder as an impacts player who will help dictate the flow of the game, though he notes that the midfielder has a physically strong presence that will help the side close out matches, too.

The Alberta-based side has already confirmed two other new additions in Fraser Aird and Myer Bevan. Cavalry just kicked off its preseason camp for the 2022 CPL season, with Tommy heading a coaching staff which also saw some shuffling this season.