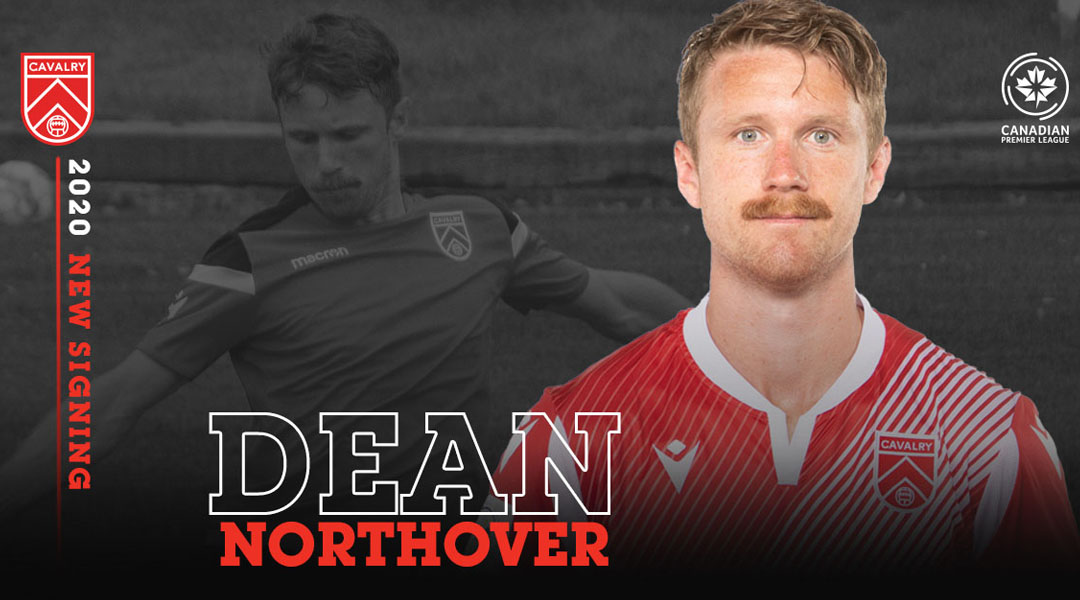 Northover had been out of action since sustaining a knee injury last July that saw him miss the fall season in full. Prior to that, the 28-year-old Calgarian had made 13 appearances for Cavalry FC across all competitions, proving himself quite capable in one-on-one situations and accumulating over 990 minutes of game time for the spring and fall season champions.

Re-signing with Cavalry truly means a great deal to me. I am incredibly proud to wear the crest and represent my hometown for another year. Through the support of my family, friends and trainers here in Calgary, I have been able to overcome an injury I suffered almost a year ago to the day. Today, I feel both physically and mentally stronger and am eager to step on the pitch wearing a Cavalry jersey once again.

When Cavalry FC began its initial preseason camp back in March, the club noted that inaugural squad players Chris Serban, Dean Northover, and Mauro Eustaquio would be re-assessed once they had fully recovered. The delay of the 2020 CPL season evidently gave Northover the time he needed to return to fitness, grow a fine mustache, and slot back into the squad.


Northover was no stranger to head coach Tommy Wheeldon Jr. even before the inaugural Canadian Premier League season, having been a part of the Calgary Foothills from 2015-2018. He played for the SAIT Trojans at the U SPORTS level before that, and won a U-16 Canadian National Championship with the Calgary Villains youth club in 2007.

Dean is a ten out of ten character that gives everything he has when he’s on the pitch.  He optimizes our Calgarian values in the way he is never afraid to roll up his sleeves, leave it all out on the pitch and has an amazing attitude to overcome adversity that’s put in his way. There’s no surprise he’s picked up lots of trophies over the years, given his ability to combine the pretty with the gritty and he’s looking forward to chasing another with us.

The Alberta-based club has now achieved its maximum roster size of 23 players, though it’s not clear if international players Jose Escalante and Richard Luca were able to arrive in Canada ahead of the upcoming season. The club brought in former Pacific FC target man Marcus Haber last week, with young AS Blainville full-back Mohamed Farsi being signed back in April. Northover will compete with him for the starting spot.

The 2020 Canadian Premier League season is being called The Island Games, and the Cavalry FC squad will be departing for the tournament next weekend. With the entirety of the season taking place in a Charlottetown-based bubble tournament, it’ll be interesting to see how CPL sides fare in terms of match readiness, fitness, and taking their chances in a regular season that only lasts seven games apiece.

Cavalry FC did not reveal the length or financial details of Northover’s contract.