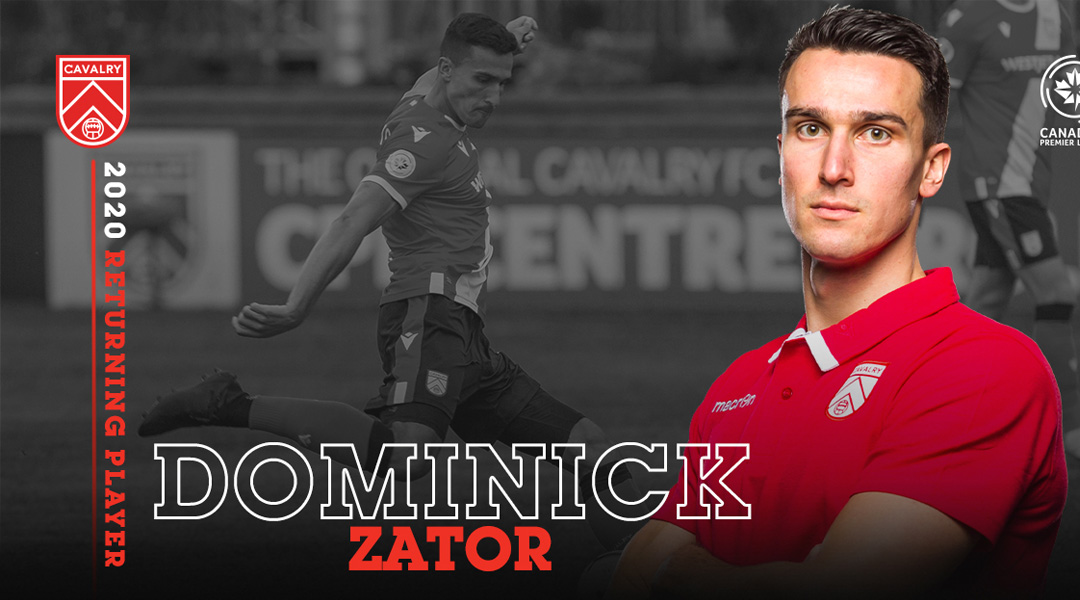 One big, six-foot-two piece of the Cavalry FC core roster has just been confirmed for the club’s second-ever season: Dominick Zator will be returning to Spruce Meadows for the 2020 Canadian Premier League campaign.

The Calgary-born defender has signed on for another year with Cavalry FC after a debut season that saw him amass some 37 appearances and prove himself to be one of the league’s best defensive performers. In fact, the 25-year-old defender was one of the players whom many thought might get picked up by an MLS side this offseason, though today’s news now puts such rumours to rest.

He’s a modern-day defender that’s versatile, athletic and comfortable in possession as he likes to drive up the pitch. We are delighted to have him for our 2020 campaign. Not only did he optimize the style of play we wanted to produce, along with scoring some memorable goals, but he was pivotal in creating the culture that aided our success.

Zator is the definition of a local product: born in Calgary, he spent five years with the University of Calgary team before helping take the Calgary Foothills to a USL2 (then PDL) Championship match. He then signed a professional contract with the Vancouver Whitecaps, but would ultimately return to the Foothills for the year preceding Cavalry FC’s first season.


Having impressed Wheeldon Jr. for the duration, his inclusion in Cavalry FC’s inaugural Canadian Premier League squad was no surprise. Still, it’s fair to say 2019 still exceeded his expectations: helping Cavalry FC lay claim to both the spring and fall seasons, Zator scored the match-winning goal when his side faced the Whitecaps in Canadian Championship action, and later got a national team call up from John Herdman for his consistent performances.

The 25-year-old played in all but one of Cavalry FC’s matches this year, somehow avoiding even a single yellow card along the way. His three goals all came on big occasions, too: beyond the match-winning goal against the Whitecaps, he also scored the match-winner against York9 FC in his club’s inaugural game, and he also scored the club’s first-ever goal in Canadian Championship action against Pacific FC.


With five other members of the core squad having been announced two weeks ago, Zator becomes the sixth player to sign on with Cavalry FC for the 2020 season. The club has yet to confirm if any of its international players will be retained.

The financial details of the contract were not disclosed by the club.