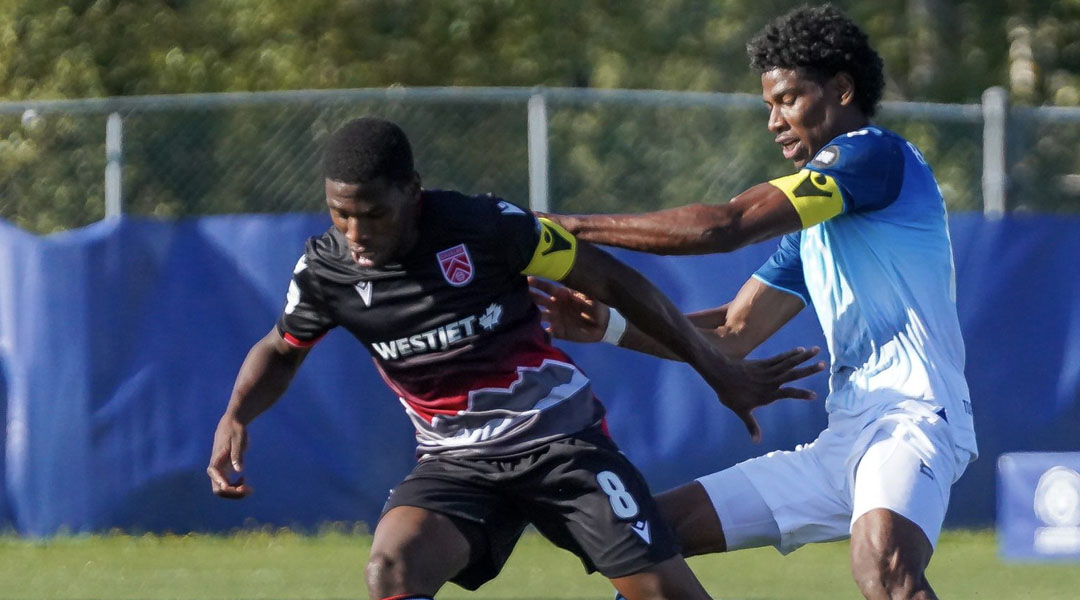 Cavalry FC’s Elijah Adekugbe will miss out on the 2021 Canadian Premier League season through injury, Northern Tribune has learned.

Just this month, the 24-year-old tore his Achilles tendon during training, undergoing surgery a week later. The club reports that while his prospects of a full recovery are good, he will not be taking to the pitch in the upcoming season.

The club’s Vice-Captain had re-signed with the team not long after the conclusion if The Island Games, where the London-born midfielder made nine appearances and scored a goal against Pacific FC as he finished with an impressive eighty-five percent pass completion rate.

The 24-year-old has made 33 appearances for the Alberta-based side overall after having been one of many Calgary Foothills athletes to follow head coach Tommy Wheeldon Jr. into the CPL with the launch of Cavalry FC. At the academy level, he spent time with both the Vancouver Whitecaps in Canada and Manchester City in England.

Everyone here at the club is gutted for Elijah. He’s worked so hard in this extended off season to be ready for the 2021 season and was in terrific shape both physically and mentally. The only comfort we have is that he has suffered this before and returned a stronger player and person. I am confident his strength of character and support network will help him return from this setback.

While both Escalante and Luca missed out on the The Island Games due to travel restrictions caused by the COVID-19 pandemic, both athletes are now in Alberta and are expected to be fully ready for the upcoming season.

The club has had a number of players sidelined for long spells throughout the least year or so, with Sergio Camargo having missed a large spell of last year’s bubble tournament, while both Nico Pasquotti and Oliver Minatel sustained long-term injuries in the midst of it.

Neither of the aforementioned duo have been re-signed as of yet, though with Matias Roskopf seeing his contract nixed due to travel difficulties, it is expected that Cavalry FC will be naming two new attacking arrivals in the very near future.

We wish Elijah Adekugbe all the best with his recovery.