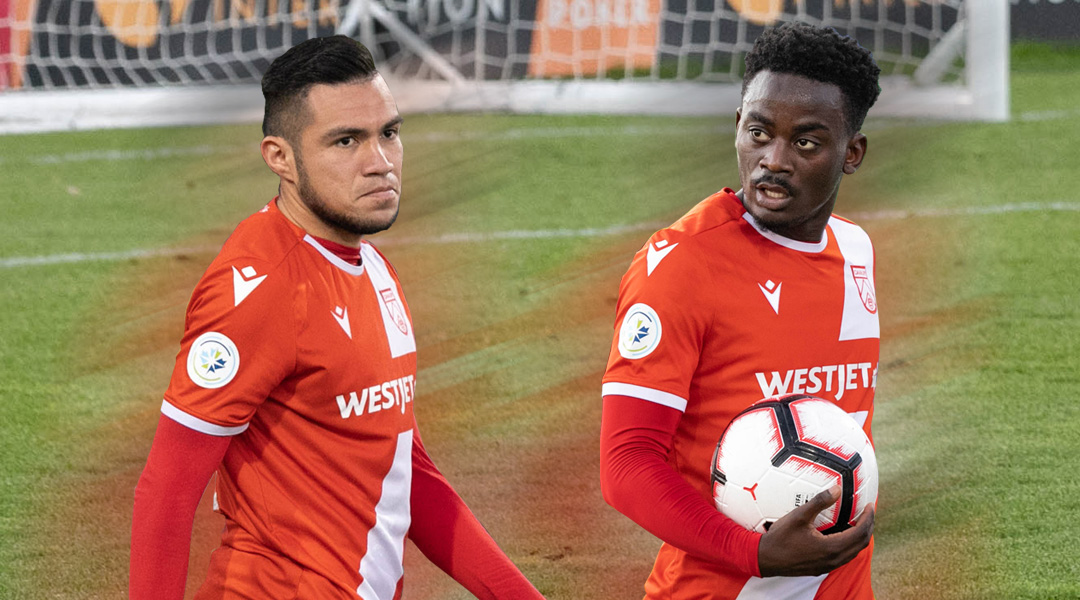 Escalante, 24, found himself to be one of the most polarizing midfielders in the inaugural Canadian Premier League season. The CD Olimpia product contributed seven assists and four goals for Cavalry FC over thirty appearances, becoming what OneSoccer analyst Kurt Larson once described as a ‘league villain’ due to his gamesmanship.


The quick-footed midfielder had been eyeing a move back to Honduras this offseason, but Cavalry FC head coach and general manager Tommy Wheeldon Jr. was able to bring the midfielder back into the fold as Cavalry FC aims for its second shot at the North Star Shield:

Jose returns back to Canada with us, providing such great balance on our left side. He had some great moments in 2019, [now] that know he understands the language and this league a bit better I am confident we will see a lot more from him this season.

After arriving from Dulwich Hamlet ahead of last season, English defender Nathan Mavila also left Wheeldon Jr. impressed following the conclusion of the inaugural campaign. Making 32 appearances for Cavalry FC in all, the left-footed left-back was consistent throughout the entire season, with Wheeldon Jr. suggesting that fans will see him contribute more offensively come 2020, too:

Nathan was arguably one of the best one-vs-one defenders in the league last season in my opinion and I feel he has even more to offer in 2020 on the offensive side of his game too. He has great pace, a very good left foot, and a high level of intensity both in training and games. [He] adds another key element to our team.

Mavila’s re-signing now means that the player will once again suit up alongside defenders Mason Trafford, Jay Wheeldon, and Dominick Zator, though the club will still need to replace Joel Waterman following his sale to the Montreal Impact. The contract status of Dean Northover and Chris Serban (who missed the season through injury) is still unknown.


The re-signing of today’s duo now means that Cavalry FC has used up five of its seven allowed international roster spots, with Tommy Wheeldon Jr. having already re-signed Oliver Minatel and Jordan Brown, while also bringing in Peruvian forward Jair Cardova. Recent rumours have also indicated that Brazilian winger Richard Luca may be on his way to Spruce Meadows, too.

That means that that 31-year-old Congolese striker Dominique Malonga is the only inaugural season international with an uncertain future at Cavalry FC: recent rumours had linked him with a move to China, but for the moment it’s not known whether he’s staying or going. With eleven goals scored in the 2019 league campaign, he’s proven himself to be one of the most prolific strikers in the league.

Today’s signings appear to be solely for the 2020 Canadian Premier League season, suggesting that these players had options for 2020 which were recently accepted. Financial details of the signing were not disclosed by Cavalry FC, with the club also stating that it is still in discussion with several other squad members from the inaugural campaign who have options for the 2020 season, too.