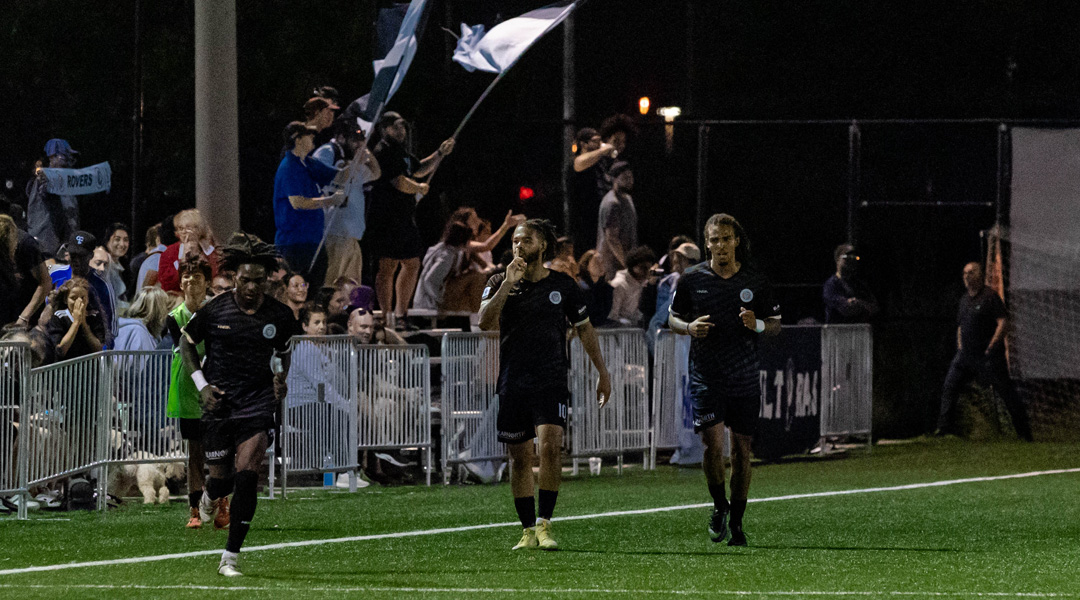 The Simcoe County Rovers to CPL pipeline has grown with today’s news that Ethan Beckford has inked a two-year deal with the side, with a club option for a further year.

The prolific forward is one of the five League1 Ontario players we said could make the jump to the level.

Born in Manchester, Beckford was an absolute dynamo for the Simcoe County Rovers during the club’s inaugural season, contributing fifteen goals in seventeen appearances through the regular season.

He was good for two more goals during Simcoe County’s playoff run, during which we’ve heard that Pacific made an approach for the young talent that was turned down.

Beckford began his career with Toronto FC, rising through the academy before making his professional debut with Toronto FC II. Following a multi-year stint in the NCAA with Penn State and some time in the English lower divisions, he returned to Canadian pastures and played for his father, former Manchester City forward Jason Beckford, at the Rovers.

“I’m very thankful to be given the opportunity to play for Cavalry FC,” said Beckford. “Each day I push to become stronger as a footballer, and with this group of staff I know that I am in the perfect environment to do so. I can’t wait to take the pitch with my teammates and play in front of the best supporters in the league.”

Cavalry FC head coach Tommy Wheeldon Jr. described him as a player the club has been monitoring for a while now, and were impressed by how he’s performed in several different environments.

“What we like about him is that he suits our system first and foremost,” added Tommy. “He can lead from the front, protect the ball, dribble at defenders, presses well and he has a very good goal-scoring record in all levels he’s played.”

Beckford arrives to ATCO Field on a two-year deal with a club option for a further year.