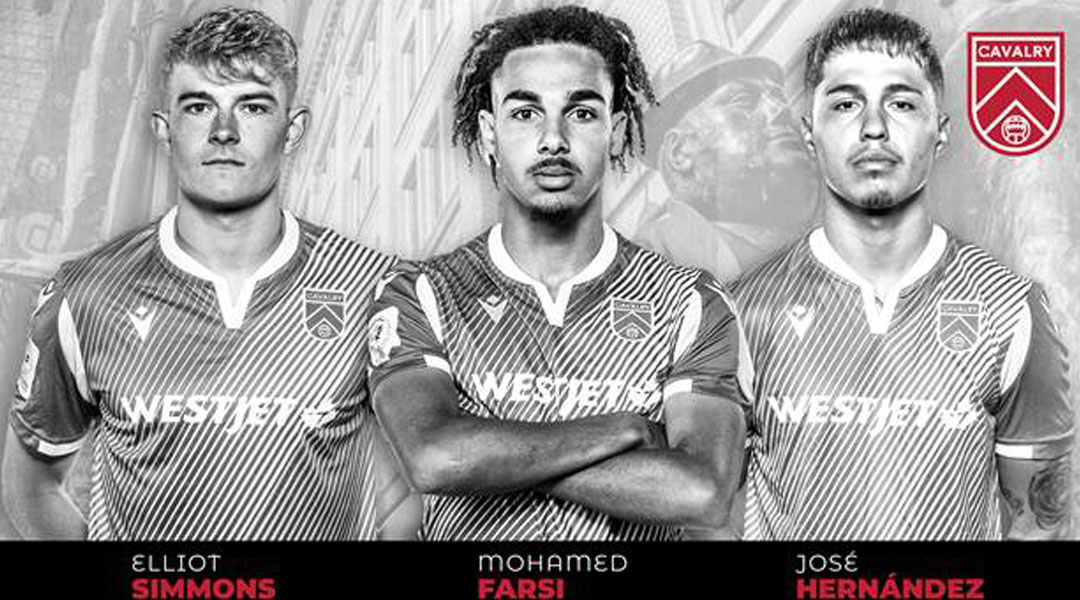 Canadian Premier League side Cavalry FC has announced that youngsters Mohamed Farsi, Jose Hernandez, and Elliot Simmons would all be returning to Alberta-based club for a second year.

There had been speculation that Mohamed Farsi had caught the eye of clubs outside the CPL after a great rookie season under Tommy Wheeldon Jr, with the Quebec-born full-back appearing in all ten matches for the side.

He led the league in attacking crosses (31) and scored one of the best goals of the campaign against Pacific FC in the group stage, earning a U-21 Canadian Player Of The Year nomination in the process.

Returning to the club was really important for me, as I love the city and environment at the club. I am really enjoying my football and feel as if I am developing as a player under Tommy and the great coaching staff here at Cavalry.

Jose Hernandez – who made history as the league’s first intra-league transfer when he arrived from Pacific FC – saw a lower body strain limit his influence in Charlottetown to only 125 minutes across three appearances, with the club noting that he still accrued an 82% pass success rate during his time on the pitch.

These three are extremely exciting, young Canadian players, who I felt added another layer to our squad this year.  From Farsi’s creativity, intelligence and enthusiasm, to Simmons’ clever passing play and reading of the game, to Hernandez’s pace, energy and competitive edge. What’s even more pleasing is the fact that they have time on their side to get even better.

The young trio now bring the tally of returning Cavalry FC players up to eight, with the club having confirmed five returning players before announcing five departures last week.

The club is expected to make the arrival of Joseph Di Chiara official in the near future, though it will also need to bring in a new goalkeeper to contest with Marco Carducci following the departure of Niko Giantsopoulos to York9 FC. While former Foothills goalkeeper and Eddies man Dylon Powley disclosed he had signed a contract for the next season, he did not say where.

The financial details of the three young returning players were not disclosed by Cavalry FC.