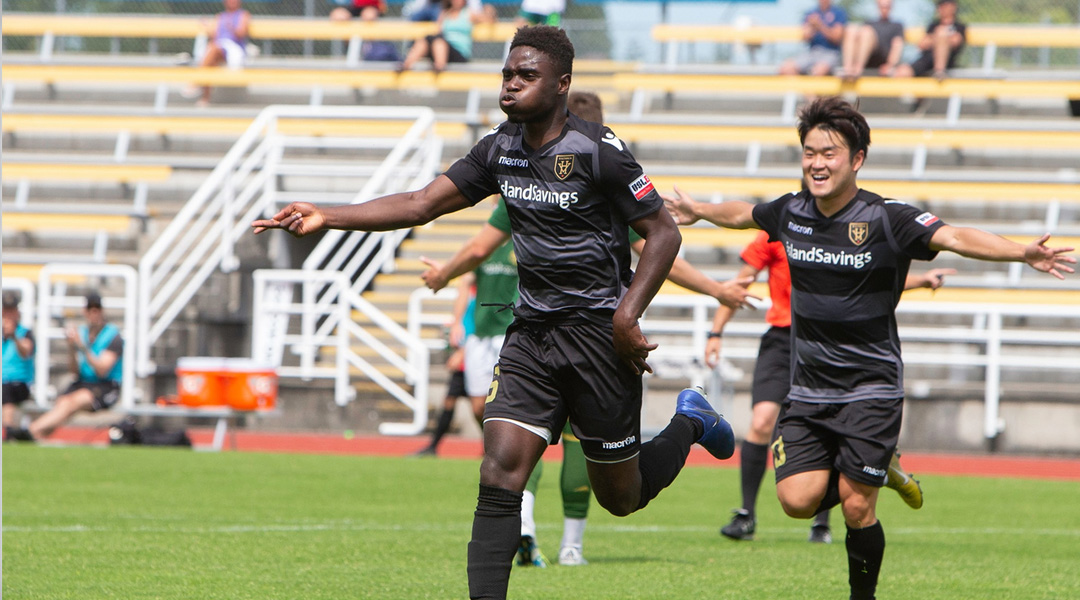 Cavalry FC head coach Tommy Wheeldon Jr. has added to his domestic U-21 options with the addition of Canadian-Nigerian winger Goteh Ntignee.

The 20-year-old has signed a long-term contract with the club, evidently impressing the Spruce Meadows setup after having previously played for German fourth division side FC Lokomotiv Leipzig and, before that, the Victoria Highlanders.

Described as a dynamic option going forward, Tommy Wheeldon Jr. explained that the 20-year-old could slot in anywhere along the club’s frontline, and had a good eye for goal to boot.

“He’s a player I’ve kept track of since he was a youth player in the Calgary Minor Soccer system,” added Wheeldon Jr, “he’s developed well and spent some time overseas in Germany and we are excited to get the chance to work with him over the next couple of seasons and beyond.”

The club looks set to lock in the league-mandated number of domestic U-21 minutes shortly, with the club now ensuring it will maintain three domestic U-21 athletes on its roster after the sales of Pepple and Loturi. Still, Ntignee’s long-term capture looks to be mostly about a youngster they believe they can help develop to a higher level.

Cavalry FC did not clarify the length of contract.