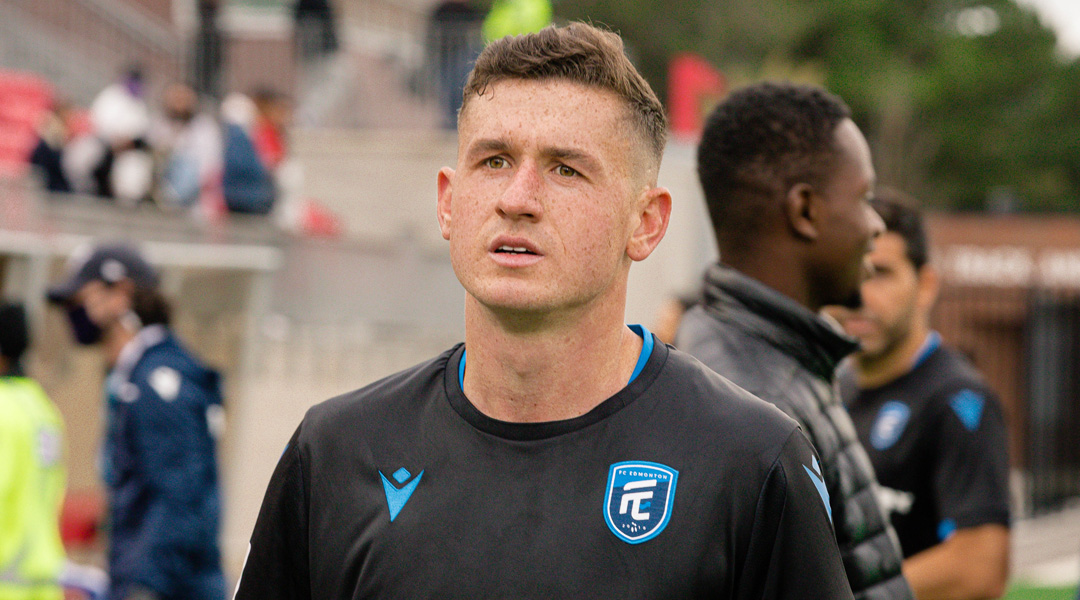 Cavalry FC has signed former FC Edmonton and Valour FC winger Fraser Aird on a deal that includes a club option for 2024.

The 27-year-old arrives to ATCO Field as a versatile athlete that can play as a winger or a full-back on either flank, with the former Rangers man bringing the experience of over 185 professional appearances with him – most of which came in Europe.

I’m buzzing to join Cavalry, I’ve always admired how they played and their winning mentality. I’m looking forward to playing in front of the loud Cavalry faithful at ATCO Field. Hopefully, I can add the little bit to the squad that they were missing and we can go all the way and win the league this season!

He made 29 appearances for FC Edmonton last season, contributing five goals that included one of our top shots from the Winnipeg bubble:

Aird’s return to Canada came in January 2020 following a playing career spent mostly overseas in Scotland, where he made 62 appearances for Rangers before featuring for five teams in the next three years. Following his departure from Cove Rangers, he joined Canadian Premier League side Valour FC for a season-long stint at The Island Games.

A decent campaign for Aird saw the winger appear in six of seven matches under Rob Gale, with the winger contributing one goal in the club’s 4-0 routing of Atletico Ottawa before the short season concluded. He then made the switch to FC Edmonton, where he cemented himself as one of the brighter sparks for the club throughout what was a difficult season.

Fraser isn’t the first player to cross Al Classico battle lines, with Bruno Zebie having done so in 2020. Fraser also joins a relatively exclusive club of CPL athletes who have played for three clubs within the league, with only Matthew Arnone, Duran Lee, and Ben Fisk having done so before, and Keven Aleman set to do so this season.

We are delighted to add Fraser to our team, he is a player that has exceptional quality and a great end product that will add more goal opportunities for our team. He is a fierce competitor with a wealth of experience from his time in Scotland, the Canadian national team, and has already made an impact here in the CPL. In signing Fraser, we have got a big character in the locker room and an impact player on the pitch that ultimately makes us an even better squad.

His former side FC Edmonton currently finds itself run by the league and set to build a roster on a minimal budget, which has led to a mass exodus of players with only two academy products staying through the transition.

In stark contrast, Cavalry has retained a good chunk of its core roster – with Mohamed Farsi being the biggest departure – with Aird now the second new fast to arrive after Myer Bevan.

Cavalry FC has confirmed that Fraser Aird’s contract runs through 2023 with a club option for 2024.