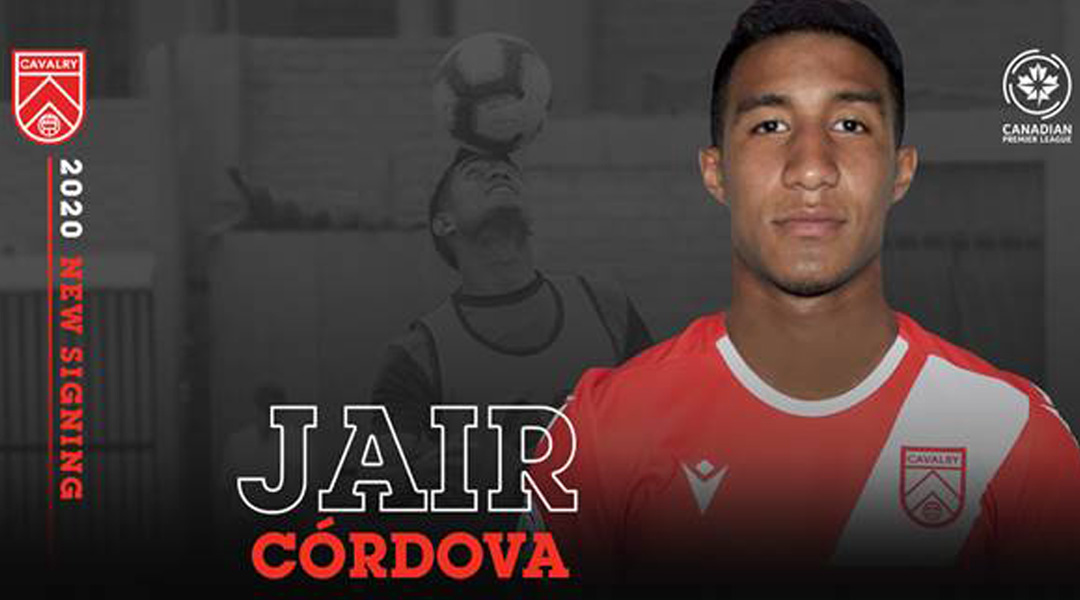 Just a few weeks after we first reported that Cavalry FC had activated the release clause for Peruvian forward Jair Cordova, the former Alianza Universidad man has officially signed with Cavalry FC.

The 23-year-old is expected to arrive in Calgary this March pending the approval of his work permit.


The left-footed forward has spent his career shifting between clubs in the top and second divisions of Peru, with his most recent season having landed him as a frontrunner for the second division’s Player of the Year award.

With Cavalry FC having won both the spring and fall seasons of the inaugural Canadian Premier League campaign, Cordova says he’s come to the side to win silverware:

It means a lot because it is an ambitious club that always plays to win in every game. I want to win things with this team.

His transfer to Cavalry FC represents his first move outside of his home country, with Cavalry FC head coach Tommy Wheeldon Jr. convinced that he’s a great attacking addition for a side which may soon lose out on Jose Escalante and Dominique Malonga:

Cordova is a talent that we could not pass up on.  His proven goal scoring record speaks for itself and at 23 years old he still has a lot more to develop.  We like the way he plays the game with his clever touches, movement and attacking instincts and feel he will be a great addition to our 2020 squad.  I’m positive he will be a great team mate and excite our fans.

The club has now used three of its seven allowed international roster spots, with the first two being occupied by Jordan Brown and Oliver Minatel. While the club has re-signed core players like Marco Carducci, Sergio Camargo, and Nik Ledgerwood, the departure of Joel Waterman and uncertain futures of players like Elijah Adekugbe (who is on trial with Valerenga) and Nathan Mavila means that Tommy Wheeldon Jr. may be in the midst of a fairly large rebuild.


Having a two-time top goalscorer from Peru’s second division is a good step to ensuring the reigning regular season champions put in a good shift this year, though it’ll be interesting to see how many other players from the inaugural roster remain ahead of the season’s start.

The club did not disclose Cordova’s salary or the length of his contract.