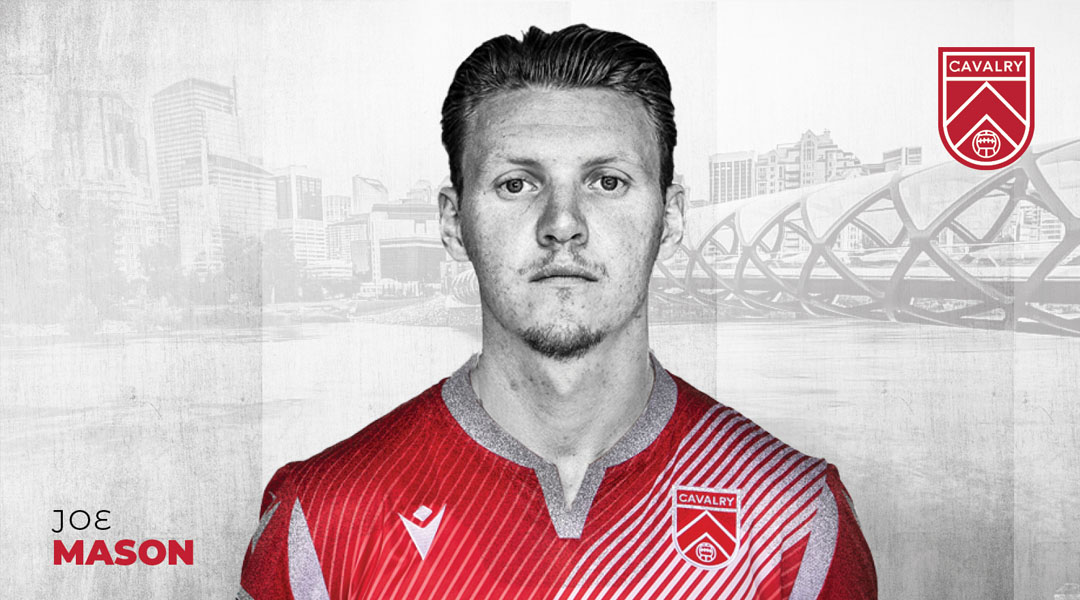 Just one day after OneSoccer Analyst Oliver Platt teased that Canadian Premier League side Cavalry FC was set to sign a player with extensive Championship experience, the Alberta-based side has announced the splash signing of Irish forward Joe Mason on a free transfer from Milton Keynes Dons.

The Plymouth-born forward has made 185 appearances in the English second tier for the likes of Cardiff City, Bolton Wanderers, Wolverhampton Wanderers, and Burton Albion. Prior to landing with MK Dons in League One two years ago, he also had a loan spell with Major League Soccer side Colorado Rapids in 2018, and a short stop in Portsmouth after that.

The high calibre Cavalry FC signing has appeared in 303 professional matches throughout his career, scoring 65 goals along the way. All-told, his signing appears to be a massive coup for a league of relatively new stature like the Canadian Premier League.

Joe is a fantastic footballer and we are delighted to bring him to Calgary. He has a very strong pedigree given his playing background and he’s an extremely clever forward that will undoubtedly raise the quality of our team.  He’s coming from a very good club in MK Dons that play some great football, so we know we are signing a quality striker to bolster our attack even further.

Mason started his career with hometown side Plymouth Argyle, turning professional with the side in 2009. He would move to Welsh side Cardiff City two years later, once scoring a against Liverpool at Wembley Stadium in the 2012 League Cup Final in a campaign that saw him named Cardiff City’s Club Young Player of the Year.

Mason then had a prolonged loan spell with the Bolton Wanderers from 2013 to 2015, returning only briefly to Cardiff before being sold to a then Championship-based Wolverhampton Wanderers. After loan stints to Burton Albion, Colorado Rapids, and Portsmouth – by which point Wolves had reached the Premiership – he moved on to League One side Milton Keynes Dons in the summer of 2019, where the 29-year-old has made 45 appearances and scored 9 goals prior to signing with Cavalry.

I am very excited to get out to Calgary and join this ambitious football club and an exciting new league. And, when it is safe to do so, I can’t wait to see and meet the fans at Spruce Meadows.

Mason has also appeared for Ireland at the U-18, U-19, and U-21 levels, though he never made an appearance for the senior national team.

Cavalry FC has now signed twenty players ahead of the 2021 Canadian Premier League, with Mason arriving as one of the most high pedigree talents seen in the league so far. The Irish forward arrives as a dream replacement for Argentinian striker Matias Roskopf, where he will slot in alongside new faces like Anthony Novak and Ahinga Selemani.

With attacking talent like Oliver Minatel, Jose Escalante, and 2021 Canadian U-21 Player Of The Year winner Mohammed Farsi having rejoined an already-strong looking team, it’s fair to say the Spruce Meadows side is looking like a real title contender.

While his previous stint in North America with the Colorado Rapids was short-lived and terminated early after three goals in fourteen appearances, he’ll be expected to be a chart-leading goalscorer at the CPL level and appears quite a good signing for Cavalry FC.

The Alberta-based side is currently in the midst of preseason training, though the start date of the 2021 Canadian Premier League remains unknown for the time being.

Joe Mason arrives on a multi-year deal with Cavalry FC, though the financial details of his contract were not disclosed by the club.