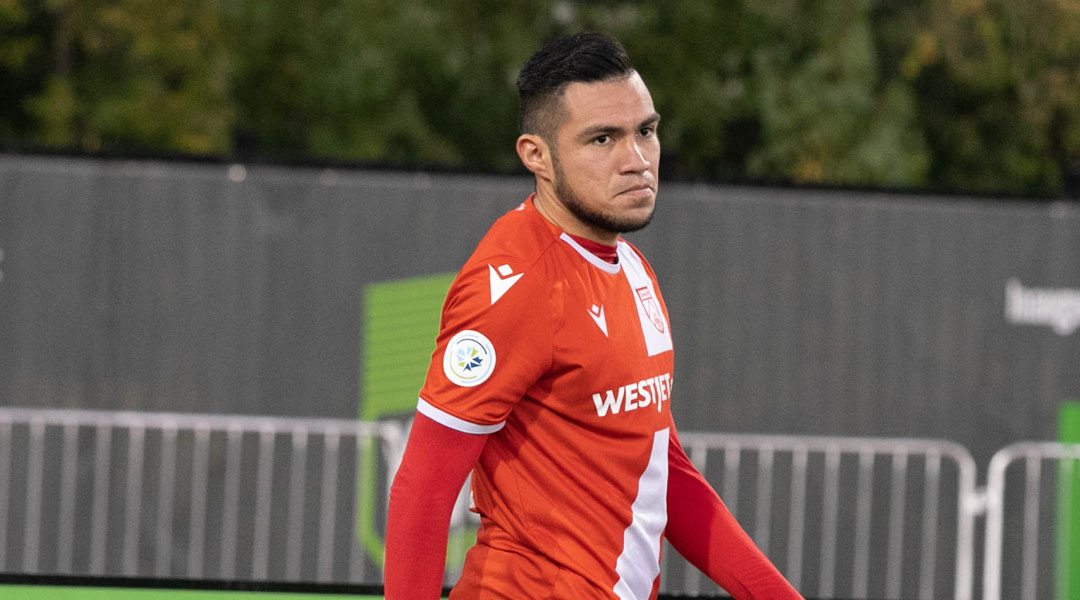 After Honduran outlet LaPrensa reported that Cavalry FC midfielder Jose Escalante was nearing a loan move back to the Liga Nacional, Northern Tribune has confirmed as such with the player.

The 25-year-old midfielder became a polarizing figure in Canadian Premier League action last year, where he made 30 appearances for Cavalry FC across all competitions. He bagged four goals and six assists during that time, goading fouls from opponents along the way and, to an extent, embraced somewhat of a ‘villain’ role in doing so.

After re-signing with Cavalry FC back in February, the Tegucigalpa-born midfielder found himself locked out of Canada due to the unfolding COVID-19 pandemic over the ensuing months. As a result, he’s been in the USA while the Island Games Tournament has taken place without him.

Cavalry FC has still done well in that time, with the club sitting in second place ahead of the final game of the regular season. Still, one feels like that league might not have had so much parity if Escalante had been an option on Tommy Wheeldon Jr.’s team sheet.


Escalante appears close to etching out a loan move that would see him feature in the Liga Nacional’s 2020 Apertura season, which Liga Nacional President Wilfredo Guzman recently announced would take place from September 26 to January 2021.

Escalante added that he has been asked to return to Canada after that point, which more or less confirms that he is contracted to Cavalry FC through to at least 2021. Earlier this year, the Honduran playmaker sought out a return to his home country in a bid to break into the national team setup.

The 25-year-old midfielder hasn’t stated which specific clubs he’s currently in talks with, but did reveal to LaPrensa that he was negotiating with two teams from the North Zone of the competition. There are five teams there: Marathon, Real Espana, Platense, Vida, and his former club Honduras Progreso.

Of note, if the Honduran midfielder does end up at a higher-profile North Zone club like Marathon, there’s a chance that he could suit up against Forge FC in the Concacaf League this fall, too.

Of course, nothing is confirmed at the moment: Escalante had teased a potential transfer back in the beginning of the year, though the former Houston Dynamo prospect ended up re-signing with Cavalry FC.


The Alberta-based club was able to bring in Peruvian forward Jair Cordova despite the pandemic situation, who joined Cavalry FC internationals Nathan Mavila, Oliver Minatel, and Jordan Brown at the Charlottetown-based bubble tournament. After picking up a knock, he was finally able to make his debut against Pacific FC a few days ago.

Like Escalante, there are plenty of other internationals who couldn’t attend the tournament: Raul Tito was sorely missed by FC Edmonton, while York9 FC saw no less than four internationals unable to attend. As a result, the club mutually terminated the contracts of both Adrian Ugarriza and Jaco, but was able to bring in Real Madrid Academy product Alvaro Rivero as a last-gasp attacking replacement.

While where or if Jose Escalante will end up playing this fall remains to be seen, it’d be great for the footballer to keep his match fitness up: his last appearance for Cavalry FC came in the second leg of the CPL Finals, which was already 307 days ago. If he can build up fitness in Canada’s offseason, the Honduran midfielder will be in good shape for a return to Cavalry FC next year.