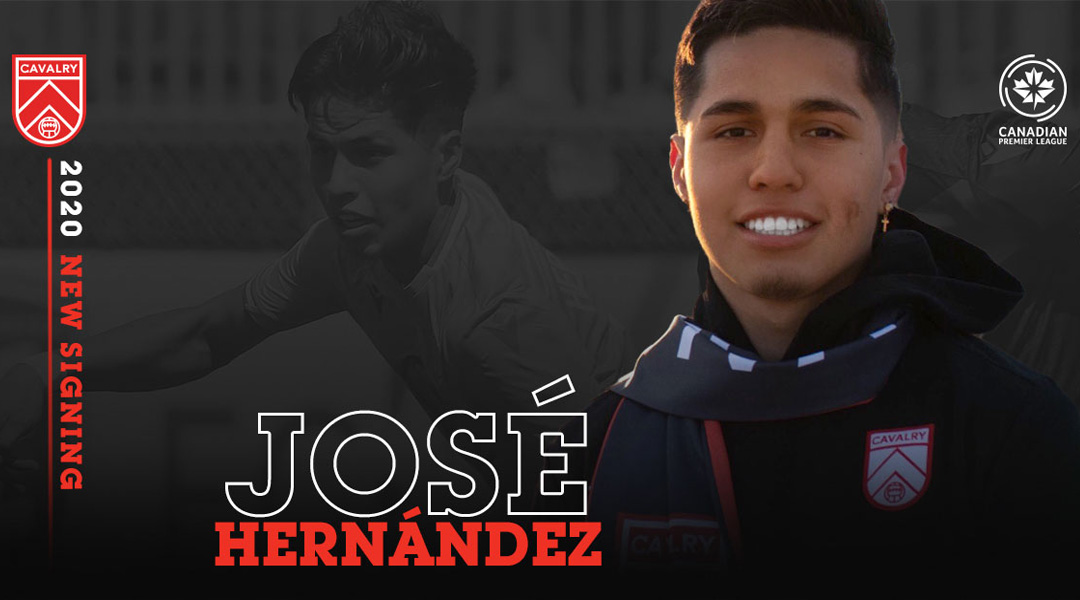 The move is the first of its kind in the burgeoning league, though recent speculation is that it’ll be far from the last before the the 2020 Canadian Premier League season begins.

Hernandez was released by Pacific FC in early November, so his move to Cavalry FC comes as a free transfer.


In joining Cavalry FC, the Edmonton-born youngster gives Tommy Wheeldon Jr. a solid domestic U-21 option who has already proven himself at the professional level.

In the first week of the inaugural season, Hernandez became one of the league’s youngest goalscorers by scoring against Valour FC shortly after his nineteenth birthday. The Cavalry FC gaffer is confident that Jose can add to that tally come 2020:

Jose is an exciting young player to bring in to our squad that we feel has an incredible upside. He is a lightening quick attacker, with a great competitive edge and an eye for the goal. By Jose having already Canadian Premier League experience, is also an added advantage for a player that fits within the U-21 domestic profile we were looking to bolster.

Prior to his first-ever professional season with Pacific FC this year, the 19-year-old spent time with the academies of both FC Edmonton and the Vancouver Whitecaps. Having spent the last three years on the west coast, the youngster has now decided to pursue an opportunity to play close to home:

Signing with Cavalry FC means a lot to me. They are a top team in the league and that encourages me to play at my best. Cavalry FC has a lot of experienced players that I am looking forward to meeting and learning from.

Hernandez becomes the tenth player to be confirmed by the top-tier Canadian Premier League side, and so far he’s the only one of them that will count towards the club’s required domestic U-21 players.

While Wheeldon Jr. had said he wanted lock in his returning players before looking elsewhere, it looks like the idea of bringing in an Alberta-born youngster with CPL experience was too good to pass up.


The 19-year-old also has some experience at the national level, accumulating a handful of appearances for the Canada U-17 and Canada U-20 teams.

For its part, Cavalry FC has already retained several of its core players, including the likes of Marco Carducci, Sergio Camargo, and Dominick Zator. Still, there are a few high-profile players like Julian Buscher, Dominique Malonga, and Jose Escalante that have yet to be confirmed for the next season.

Earlier this week, Pacific FC confirmed that it had re-signed six of its domestic U-21 players.

The length or financial details of Jose’s contract were not disclosed by the club.