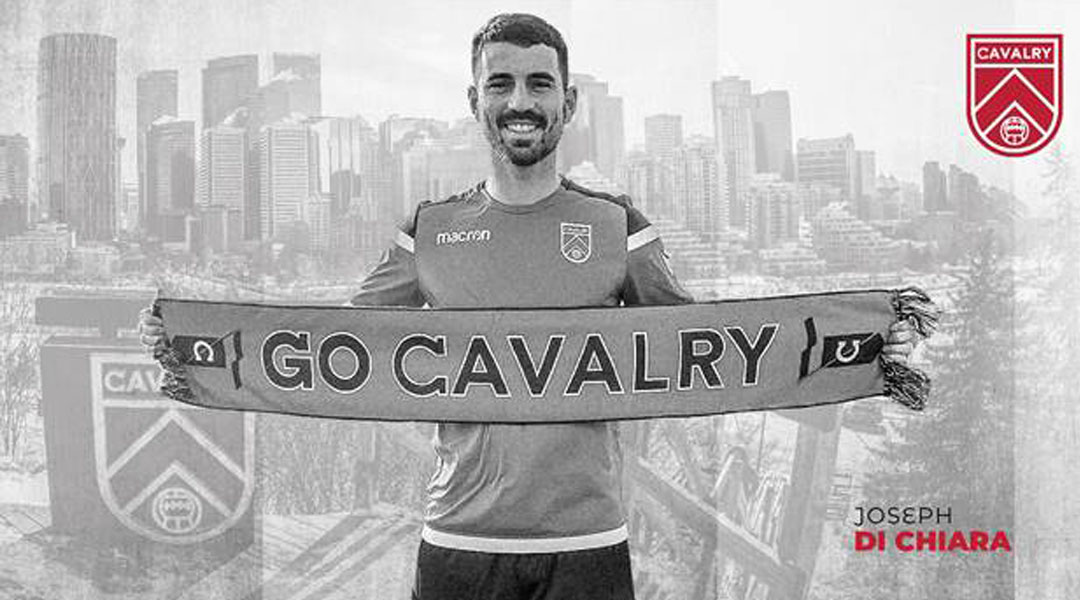 The 28-year-old midfielder arrives to Spruce Meadows on a multi-year deal following two campaigns that saw him shine as a definitive midfield cog for York9 FC. He leaves the side with 33 appearances to his name across all competitions, contributing five goals and one assist with an 87% pass completion rate.

A particularly impressive Island Games campaign saw him bag three goals in six appearances for the Nine Stripes, with his big physical presence seeing him draw a great number of fouls from opponents, too.

Speaking with us regarding the transfer, he revealed that he had initially intended to stay with the York Region side before a breakdown in contract renewal negotiations saw Cavalry FC swoop in to sign the midfielder shortly after his impressive Island Games campaign:

I was willing to stay with York originally, but I felt like I wasn’t given a fair deal. Even if I did stay, I’m at an age now where winning is the most important thing for my career and moving to Calgary gives me the best opportunity to do that.

Known for a tough demeanor on the pitch that has seem him become a league-leader in terms of fouls suffered, Di Chiara attributes the nature of his game to years spent toughening himself up overseas in Russia. With years of service for the likes of Krylia Soveto, Kecskemet, and Toredo Moscow under his belt, he returned home to play in League1 Ontario with the Vaughan Azzurri before a brief jump back overseas to Kazakhstan. He then returned to the Azzurri, where he left as a two-time League1 Ontario champion and two-time League MVP.

In 2018 he spent a single season in Lithuania with FK Jonava of Lithuania before a then-newly-formed York9 FC gave him the opportunity to play the professional game in his home country. He was a big presence in the inaugural CPL match, and Cavalry FC gaffer Tommy Wheeldon Jr. has evidently enjoyed what he’s seen since:

Joe is a top all-action midfield player and one of the most impactful in this league. He has the ability to keep his side in possession, add a goal scoring threat and brings a physicality in how he imposes himself in defensive duals. Joe plays to win and will fit our culture very well and compliment the outstanding midfield group we have assembled over the past two seasons

The former Nine Stripes stalwart becomes the first brand new player signing to be unveiled by Cavalry FC ahead of the 2021 Canadian Premier League season, joining a batch of re-signed players that includes a strong core and some impressive youngsters.

I am very excited to sign with Cavalry FC and move to the beautiful city of Calgary. In the brief time of the league they have shown to be one of the most competitive and talented teams. The atmosphere at ATCO field was incredible to play in front of and one of the many factors that made this decision an easy one.  I can’t wait to join up with my new teammates and get to work with Tommy and his staff

The club has also released a number of players, with former Cavalry FC goalkeeper Niko Giantsopoulos going the other way and joining a much-transformed York9 FC. The Nine Stripes midfield has seen a near-total overhaul, with Di Chiara and Aparicio both departing on intra-league transfers with Mannella expected to follow. Telfer, Porter, and Murofushi are not expected to return, either.

Cavalry FC now has nine players on the books for the 2021 Canadian Premier League campaign, and Joseph Di Chiara will be seen as a massive addition for the 2019 runners-up.

The financial details regarding his contract were not disclosed by the club.