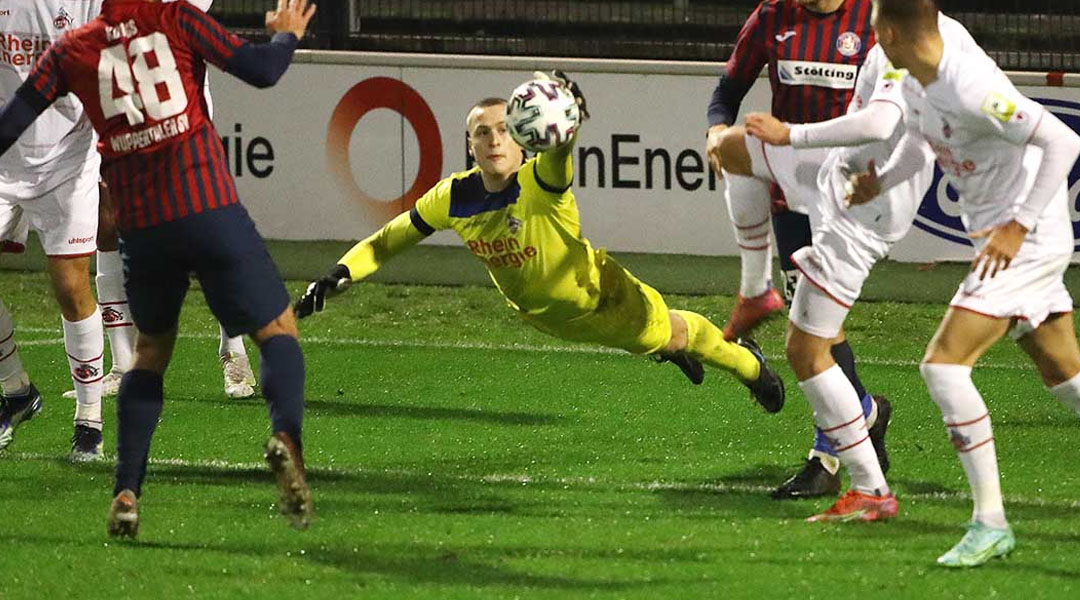 It looks like Cavalry FC has secured the services of German goalkeeper Julian Roloff on a two-year deal, as per an interview with local outlet Geissblog.

The 21-year-old arrives after fighting his way to become the de facto goalkeeper choice for the FC Koln II squad, for whom he has made 17 appearances this season.

His transition to the Canadian Premier League comes fairly suddenly, especially given that he only recently extended his contract with FC Koln U-21 through to the summer of 2023. When Cavalry touched based with him in January, however, he reconsidered his arrangements in Germany.

He decided that the opportunity to fight for first team minutes in the Canadian top flight was too good to pass by.

“I then approached [Koln] with a request to terminate my contract and the club complied, for which I am very grateful to FC,” states Roloff, “It’s the first time I’ve been able to call myself a professional and fulfill my dream of playing abroad as a soccer player.”

Cavalry had actually reached to the goalkeeper last season, though he declined the opportunity after becoming the number one choice for the German side at the U-21 level. That hasn’t stopped him this time around.

Roloff arrives to camp in mid-season form, having made 17 appearances for FC Koln II this season. He had spent the last four years developing with the German side after arriving from the FC Viktoria Koln youth ranks.

His decision to leave the club was not one made easily.

“I love the city and have only good memories of FC Koln. I have never experienced such unity as with the U-21s,” he says. “I had 17 games and played all of them with great fun. I had enough beautiful moments.”

The Grevenbroich-born goalkeeper will continue his education whilst playing abroad, working towards a degree in business informatics from the University of Cologne whilst testing himself in Alberta.

The addition of Julian Roloff brings the current Cavalry goalkeeper count to three, with Marco Carducci and Tyson Farago already rostered. With the German reportedly arriving on a two-year deal, it’s unlikely all three will remain registered with Cavalry this season.

The most likely circumstance is the departure of Farago: some fans have already speculated that he’ll be loaned to FC Edmonton, a club which he’d played for in its NASL era. Right now, It’s unknown if all three goalkeepers are present at camp.

In his interview with Geissblog, Roloff seemed set to embark on the preseason camp, and arrived in Calgary ahead of the team’s preseason trip to Mexico.

Roloff becomes the second goalkeeper to make the jump from the German youth ranks to the CPL this season, with Pacific FC announcing the return of Emil Gazdov after a two-year loan stint with FC Nurnberg.

Cavalry FC has not commented on the goalkeeper’s arrival as of yet.