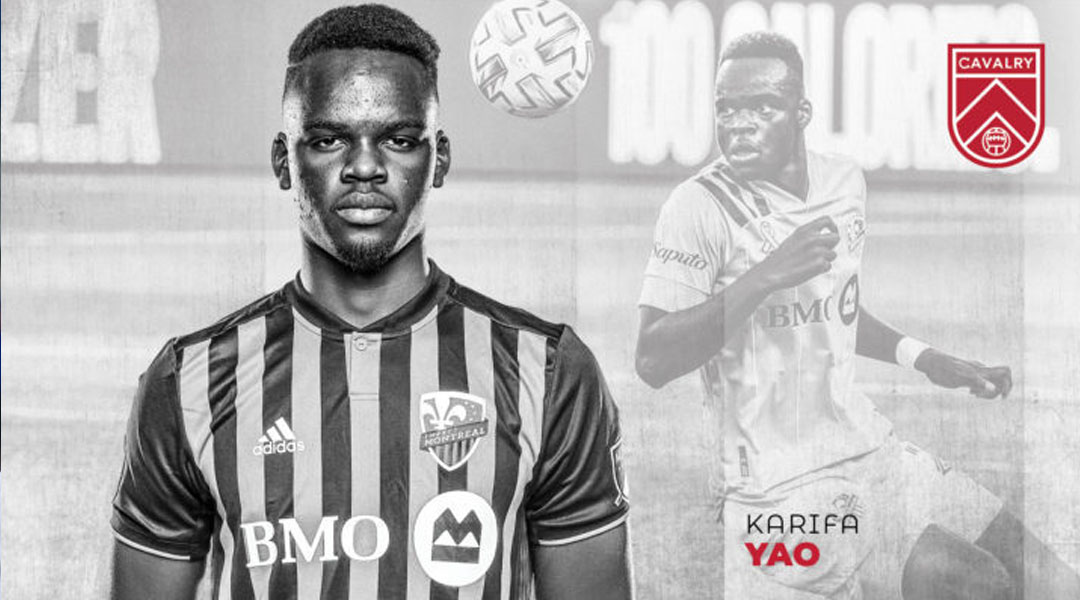 Canadian Premier League side Cavalry FC has signed its second defender in just as many weeks, with 20-year-old defender Karifa Yao arriving on loan from CF Montreal.

The Alberta-based side has seen a large defensive roster overhaul following Dominick Zator‘s intra-league transfer to York United, with defenders Jay Wheeldon, Dean Northover, and Nathan Mavila all having left the side as well.

Head Coach Tommy Wheeldon Jr. is confident that Yao has what it takes to leave his mark in a full season of Canadian Premier League action, even revealing that the club had looked at him last year:

We looked at Karifa last year when we sold Joel Waterman to Montreal, but given they had a new manager it was only right he stayed for the 2020 season. He’s a powerful and athletic centre-back that is very imposing on the ground or in the air. He also has a good technical base that will help us in our possession game too. We believe Karifa is a great signing for our squad as we evolve into a younger and even more dynamic team for 2021

The Montreal-born youngster is in the final year of his contract with parent club CF Montreal, though the MLS side has a club option for three more years. Should Yao impress over in Alberta, he could see himself return to Montreal and earn more minutes at the MLS level.

He was called up to the provisional roaster for the Canada U-23 squad in 2019, though COVID-19 pandemic has now forced those Olympic Qualifiers to be delayed to later this year.

Yao made three appearances for CF Montreal last year, carving out 128 minutes of game time and playing his first full MLS match against expansion side Nashville SC. While he was rostered with the team in 2019, he did not make any appearances for the senior side that year.

Prior to signing his first professional contract, Yao spent two years with the Impact Academy, having developed with amateur side Etoiles de l’Est before that. As a domestic U-21 player, he’ll count towards the club’s required seasonal threshold of 1,500 youth minutes.

Cavalry FC has wasted little time in shoring up its defensive roster, with the club signing Dutch defender Daan Klomp last week and full-back Irish Tom Field a month ago. The Alberta-based side has now signed 17 players ahead of the 2021 Canadian Premier League season.

CF Montreal has the right to recall Yao from his season-long loan at any point.