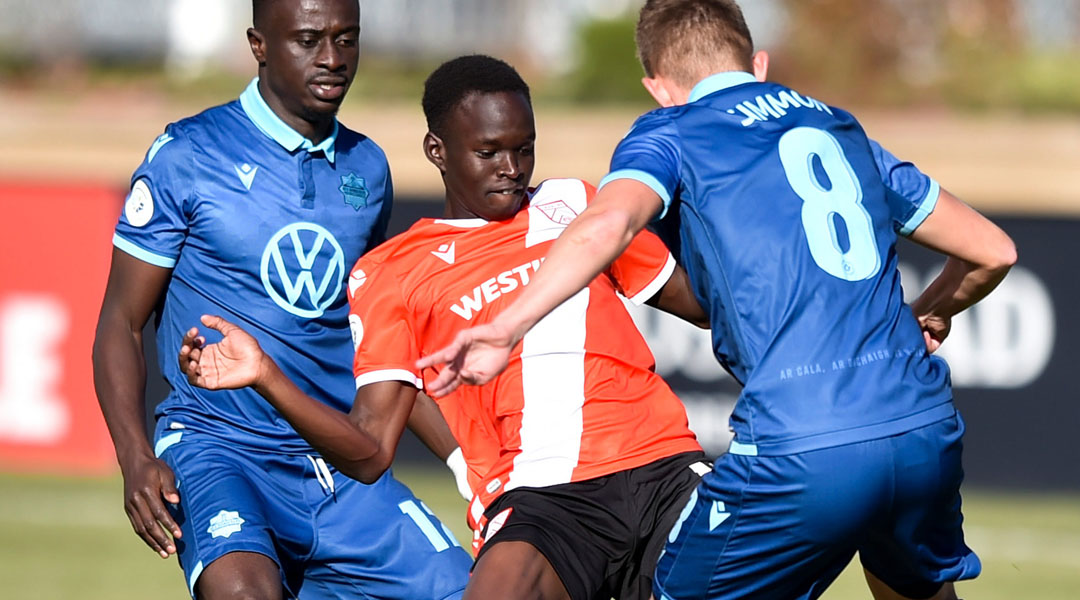 Today, the Alberta-based side announced that Daniel Kaiser and Victor Loturi have been signed to CPL-U SPORTS contracts for the upcoming campaign. According to league commissioner David Clanachan, those contracts are typically valued around $10,000-$12,000.

The arrival of the duo secures Cavalry’s compliance with roster regulations stipulation each team must have at least three domestic U-21 athletes on the roster. It now has four, with Jose Hernandez and CF Montreal loanee Karife Yao already in camp.

Loturi will be a familiar name to Cavalry FC fans who attended the club’s inaugural campaign: he signed with the side as a seventeen-year-old back then, appearing twice in league action and twice in the Canadian Championship. By chance, the midfielder played against current teammates Jose Hernandez and Elliot Simmons in those fixtures.

His youth career saw him develop with the Calgary Northside Soccer Club, and he also represented the province of Alberta at the 2017 Canada Summer Games before eventually completing the Calgary Foothills FC Generation Program in 2019 before turning professional with Cavalry later that year.

Loturi wasn’t with Cavalry FC in 2020, but ultimately found himself drafted sixth overall by his former team in the 2021 CPL U-SPORTS Draft. Now 20, he’ll have a second chance to impress at the professional level.

Victor is a talented and hungry young player with a big upside. We love his engine in midfield and his bravery to want the ball in tight spaces. Given that he’s already been around our squad for a while having been a part of the 2019 group, is a huge benefit to our club and he is continuing to mature all the time.

While Daniel Kaiser was eligible for the draft this year, he went unselected through both rounds. Cavalry FC still offered him a trial invitation, and the 21-year-old full-back evidently impressed. Like Loturi, he previously spent time with the Calgary Foothills prior to enrolling with the University of British Columbia.

Daniel is an athletic fullback that is good defending in a one-veruss-one situation and possesses a great engine to get forward and join the attack. He’s a player that I’ve worked with previously when at Foothills together and it’s great to see that he has really blossomed into a fine young leader with infectious energy and enthusiasm.

The club noted that Daniel’s brother, fellow UBC Thunderbird Markus Kaiser, also trained with the side as well, along with other potential U SPORTS picks Ethan Keen, Caden Rogozinski, and Gianmarco Plenzik.

With only one spot left in the 2021 Cavalry FC roster and just three days to go before the club departs for the bubble, there’s still an outside chance that Nico Pasquotti could rejoin the club for a third season after suffering a long-term injury last year.

Cavalry FC did not disclose the financial compensation for the two players, who will retain eligibility for U SPORTS competition when they return to their respective universities for the school year.