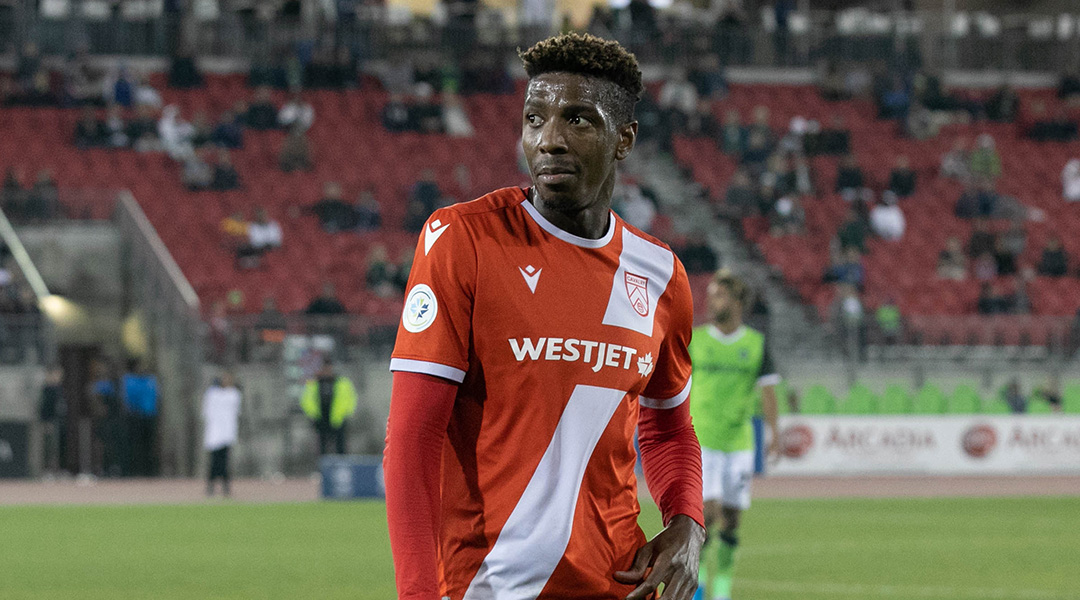 The Congolese international had established himself as one of the best strikers in the Canadian Premier League, scoring eleven goals in twenty-four league games under Tommy Wheeldon Jr, with one of them being the strike that won Cavalry FC the spring season.

The 31-year-old striker also scored two goals in five Canadian Championship appearances. Both of them came against Forge FC and went a big way in sparking what eventually become one of the league’s best naturally-developed rivalries – not a bad haul for a player who was convinced to sign for the team over a simple FaceTime chat.


The 31-year-old appeared on the bench today for his new Bulgarian side in a First League match against Vitosha Bistritsa, but ultimately went unused as his new club fought to a draw. The side currently finds itself six points behind first-placed side Ludogrets, who has two games in hand.

Four of the CPL’s top six goalscorers from the initial campaign have now moved on from the league: Golden boot winner Tristan Borges was sold to Belgian club Oud-Heverlee Leuven, Malonga has now joined Lokomotiv Plovdiv, Rodrigo Gattas went to Azerbaijan on a short-term contract, and Ryan Telfer found himself in Cyprus despite interest from York9 FC. Only Terran Campbell (Pacific FC) and Easton Ongaro (FC Edmonton) remain from the inaugural season’s top six goalscorers.


Despite Malonga’s impressive goal count, Cavalry FC found itself runners-up in the CPL Finals by a 2-0 goal deficit after two legs. Tommy Wheeldon Jr. has retained the core group of his 2019 roster, with two new internationals having arrived this offseason in the form of Brazilian winger Richard Luca and Peruvian forward Jair Cordova.

Wheeldon Jr. has also made a few intra-league transfer moves, bringing in Jose Hernandez (Pacific FC), Bruno Zebbie (FC Edmonton), and Elliot Simmons (Halifax Wanderers). The club’s preseason is currently underway, with camp featuring a mix of up-and-coming trialists along with other domestic free agents from the league’s first season.